This garden was a joint creation from a magician and a landscaper, designed as a journey where plants undergo a metamorphosis along the way, changing colours and texture like animals.

Iridophores are pigment cells from the family of chromatophores that are found in many species of fish, reptiles and cephalopods. They reflect the colours of their environment using plates of crystalline chemochromes which trigger sudden modifications in the appearance of some animals. Inspired by these iridophores, an installation using mirrors and translucent filters allow the plants to transform in a similar way. These transformations are triggered by visitors, as they progress along the path, with their eye movements and the pace of their footsteps. The viewer is responsible for the landscape before his eyes, changing in a sequence of movements that will never repeat itself.

Animals do not only change colour to camouflage themselves. It is also a way to express an internal feeling and to arouse a reaction such as fear or attraction. But whatever its colour, a chameleon is always a chameleon... It is only in the view of others that it changes. The same applies to this garden. The plants remain just plants. The mirrors are merely reflecting surfaces. It’s up to you to discover whether it is your view that transforms the garden, or the garden that transforms your view. 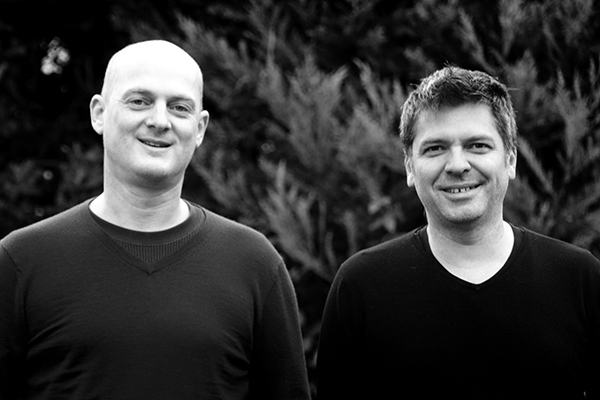 Loïc de Larminat, 45 years old, is a landscape designer and runs the Atelier des Aménités. After studying agricultural economics, he worked in international cooperation and stayed for long periods of time in Africa and South-East Asia. He was deeply affected by the different cultures he came into contact with on his travels and the nostalgia he felt for the landscapes back home. When he came back to France, he studied landscape engineering at the Agrocampus Ouest in Angers. Now, he divides his time between the design and management of public development projects and teaching on the topic of landscape projects.

Matthieu Malet, 44 years old, started his career as an illusionist in 1998 at Monte-Carlo Casino. For four years, he lived in London and practiced magic, then moved to Catalonia. He is a rather unconventional type of magician who believes that magic is not just about fancy shows and has an unusual approach. In 1999, he created shows that were a combination of magic and contemporary dance. From 2005 to 2010, he trained himself to use Eriksonian hypnosis and neuro-linguistic programming (NLP). Thanks to this new approach, he was able to create a one-of-a-kind connection between his magic and his audience. He graduated from the CFPTS in Bagnolet (where he studied the 'theatre machines' course), and he then went on to work with film, television and theatre productions. He designed special magical effects and brought his vision of magic to life through his creations. In 2015, he founded the Les Mains Libres company, creating sets and installations that combine magic with other artistic disciplines.