"... The project “Est-ce que si un arbre peignait...” (If a tree were to paint…) proceeds like a figure composing, with the château and its surroundings, a kind of depiction of this subjective myth (...)."

“My first inspiration is the subconscious. To become human, one must travel a winding (never-ending) path in a labyrinth-like, mysterious and shimmering game, where the scenery and characters are mutually established. Forest and château, non-human creatures, petrifications and magic. A being is a space. Staging of a tightrope walker on the tightrope, crystallising the inside and the outside, fact and fiction. The distraction of transformations, this is the myth to be woven and, above all, to be ripped up by each one of us.
The project “Est-ce que si un arbre peignait...” (If a tree were to paint…) proceeds like a figure composing, with the château and its surroundings, a kind of depiction of this subjective myth. A depiction which gives substance to its own construction process. This begins before the exhibition opens and ends when nature so decides. Overall, the trail marked out, from the act of walking, gathering leaves and returning them to the tree, in some ways gives concrete expression to time and a temporal dimension to space, the whole imbued with immense symbolic power.
The spatio-temporal shift in the leaves’ positioning momentarily upsets our perception of reality. According to Freud, the uncanny is normally something familiar, but which has been repressed, in the subconscious. “Est-ce que si un arbre peignait...” is a being which appears seductive and questioning before us, composed by its offshoots, and which watches us in silence while telling us something about life and death and the way in which art is capable of skirting around this.
The project also showcases a mimetic operation. Mimicry not as a physical survival strategy but imaginary. There is a reversal of the symbolic essence of beings/objects. Leaves imitating the tree which, in turn, is imitating another being. Part and the Whole converge by upending their roles in an operation of pure lust. It is a question of seduction through image, of diluting being and space. A figure bound forever to evolve towards its future destiny.”
As Lacan put it: “Mimicry is certainly the equivalent of function which, in humans, is exercised through painting. […] If a bird were to paint, would it not be by shedding its feathers; a snake, its scales; a tree by pruning itself and dropping its leaves? […] In the very act of expressing oneself, the subject loses something, objects and offshoots fall from its body, as a sort of materialisation of its own decentering.” 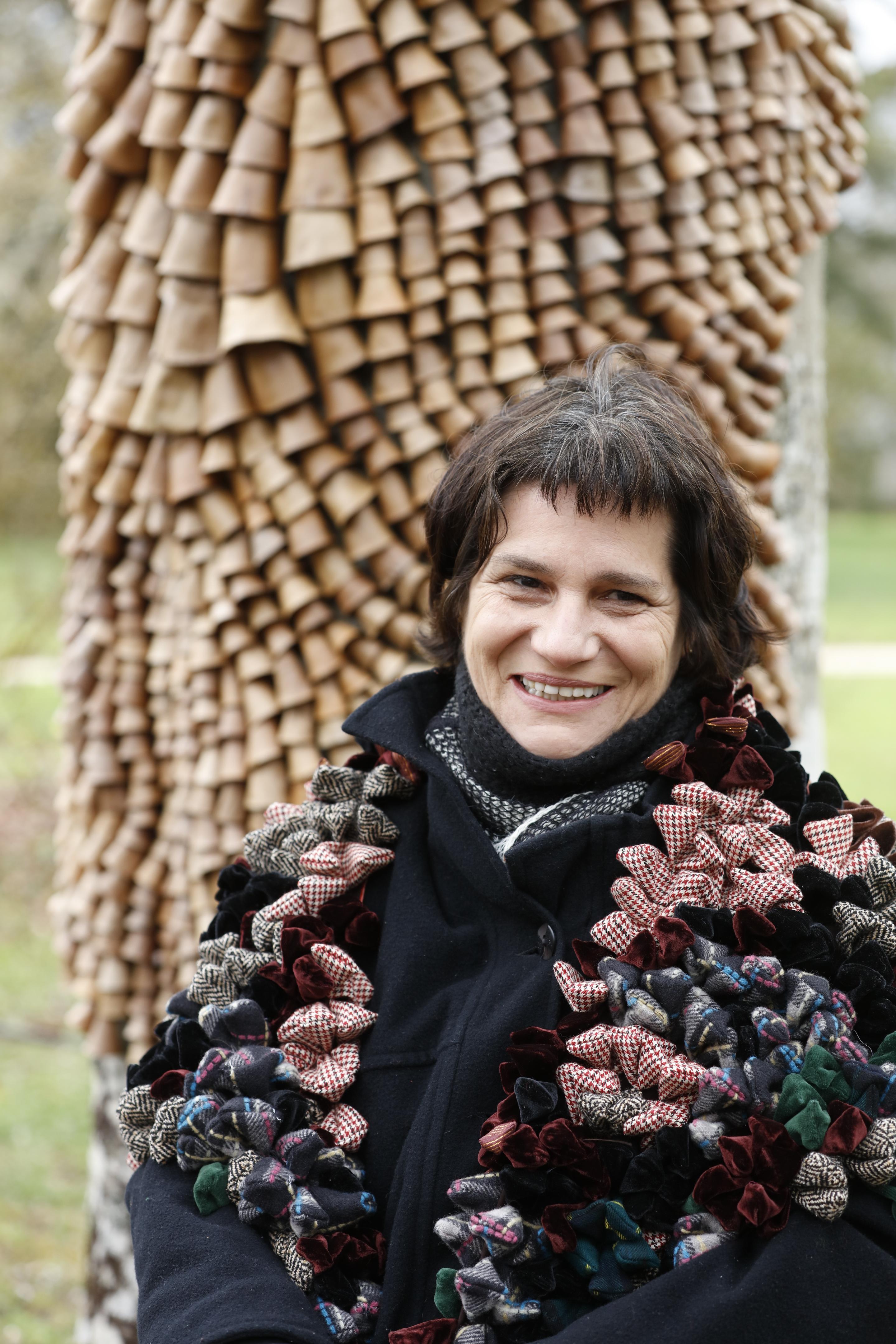 Born in 1965 in Rio de Janeiro, Brazil, where she still lives and works, Nathalie Nery has an eclectic professional training.
Graduating with a psychology degree from Rio de Janeiro Pontifical Catholic University in 1988, she always focused on the clinical work with psychotic patients or those suffering from severe mental health issues, inside and outside of psychiatric hospitals.
In 1990 she spent a year as an intern in psychiatric hospitals, including La Borde and La Chesnaie, both in the Loire Valley, with the opportunity to attend the conferences of Jean Oury and to supervise with Felix Guattari.
In 1993, she earned a higher education degree in clinical psychoanalysis from the same university in Rio de Janeiro where she had already graduated.
Between 1995 and 2000, she attended the École des Arts Visuels de Parque Lage and her advisers included such prominent figures on the Brazilian art scene as Ana Maria Maiolino and Nelson Leirner. Design and painting were gradually abandoned in favour of sculpture and installation.
From 1998 to 2001, she participated in several exhibitions, scooped awards and was represented by a major gallery in São Paulo, Galeria Nara Roesler.
From 2002 to 2015, she took a career break from art.
In 2016, she relaunched her career by taking up concepts associated with psychoanalysis and philosophy.
View on the map