The poetic little videos that make up Luzia Simons’ “Blacklist” series lead us into a humorous, dreamlike world where plants and insects live side by side with much grace and levity.

"In this 21st century where global concern runs deep, one artist is not afraid to step into the spotlight: as if the innocence of human curiosity – long tainted though it may be – was still conceivable for all that.

After the clips of the "Blacklist" series – slender forms overflowing with poetry and verve, showcased in displays in the style of rare valuables – it was tempting to recast these kinds of unknown, hybrid creatures in a temporal light. And yet the short videos are no less enigmatic, stripped as they are of any narrative purpose. The themes of identity and continuity by which the artist sets such store become an apparently intimate split-second event. Enter the scanner, with its light source that slows unfolds under a luxuriant biotope. Its strangely fleeting ray probes a surreal sense of reality. Nature presents itself like a film trailer. The tool changes into a living space.

Irony and metaphor are old allies: they say one thing while thinking something else entirely.

Romanticism has, in its time, used both to shed light on the unexplored. These days, when Luzia Simons, with as much humour as poetry, presents us with a fauna incognita – intriguing yet repulsive, with borrowings from eroticism and the dread of the unexpected alike – when she takes as her theme the diversity of natural forms and the risks of confusion, all the while toying with the vague notion of relationship with the body, we find ourselves contemplating the contradictory, stubborn reality of an idyll through a scanner. She shows us … what is going on." Werner Knoedgen 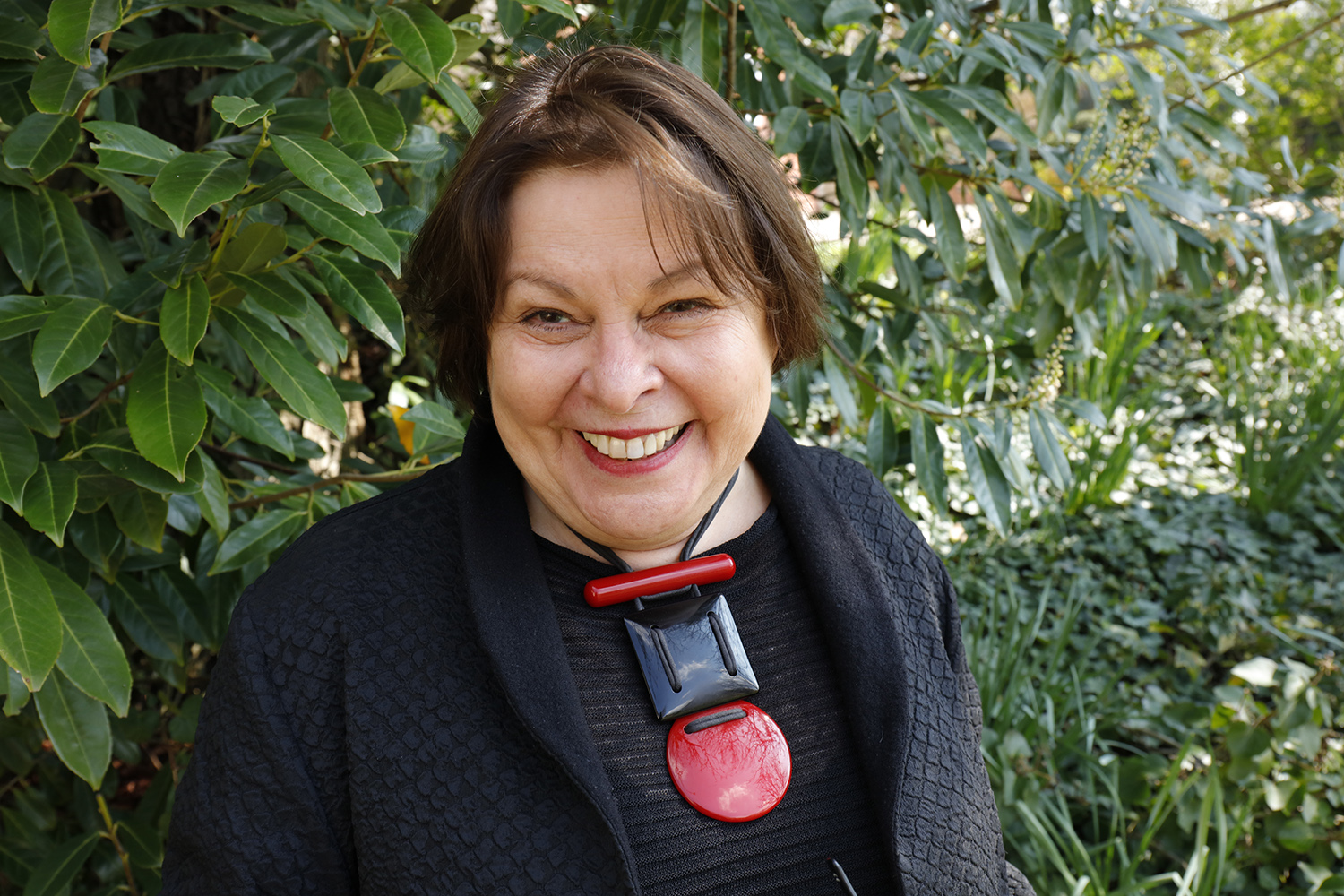 Luzia Simons au Domaine de Chaumont-sur-Loire, 2016 - © Éric Sander
Luzia Simons was born in Quixada in the northeast of Brazil in 1953. She moved to Germany in 1986, after studying history and visual arts at the Sorbonne, and these days divides her time between Berlin, Paris and São Paulo.
Represented by the Alexander Ochs Private Gallery in Berlin, the Fabian & Claude Walter Gallery in Zurich and the Carbono Gallery in São Paulo, her works are to be found in numerous institutions, including the National Collection of Contemporary Art in Paris, the Chaumont-sur-Loire Art and Nature Centre, Deutscher Bundestag, Berlin (Germany), Kunsthalle Emden (Germany), Graphische Sammlung der Staatsgalerie, Stuttgart (Germany), Kupferstich-Kabinett der Staatlichen Kunstsammlungen, Dresden (Germany),  Museum De Buitenplaats, Eelde (Holland), Casa de las Americas, Havana (Cuba), Museu de Arte Sacra, Belém (Brazil), Coleção Joaquim Paiva, MAM Rio de Janeiro (Brazil), MASP / Museu de Arte de São Paulo (Brazil), and the University of Essex, Colchester (Great Britain). Numerous private collections also present her works in Germany, France, Brazil and elsewhere. The Hôtel Adlon has recently acquired several of her creations.
A number of major solo exhibitions have been devoted to her in such institutions as the Pinacothèque, São Paulo, in 2013/14, the Chaumont-sur-Loire Art and Nature Centre in 2009, the Künstlerhaus Bethanien, Berlin, in 2006, the Institut Français, Istanbul, in parallel with the 2005 Biennal, and the Württembergischer Kunstverein, Stuttgart, in 2002.
In June 2016, the National Archives hosted the “Stockage” (Storage) exhibition at their Paris site, an in situ contemporary installation for the Hotel de Soubise’s main courtyard made up of a dual series of scannograms.
View on the map