Ticketing
“Time only exists through the experience of things…I would be tempted to think that it doesn’t really exist at all. More than time, it is experience that exists. I believe that it changes constantly; we are receivers.” Fragments d’un abécédaire (Fragments from a Primer), extract from an interview with Pascal Convert, 1997.
For some twenty years now, Éric Poitevin has used photography to take a fresh approach to the different genres of art history: landscape, still life, portrait, nudes. In this way he forms ensembles that he puts down and picks up again at his whim. Be his subject a person, animal or plant, the artist always has the same method of working: strip it down to its bare essentials. The lack of expression, tight composition, diffused light and monochrome background combine to give the most neutral viewpoint possible. Each photograph seeks to be the affirmation of a moment suspended in time. Although silent at first glance, his photographs nevertheless strike up a dialogue with the onlooker — and this is his work’s paradoxical strength. Through the choice of his subjects (forest, animal, the naked body), Éric Poitevin plays with our collective imagination (its fears, fascinations and fantasies). For this exhibition at the Domaine de Chaumont-sur-Loire, Éric Poitevin is presenting new still lifes – of animals or plants. 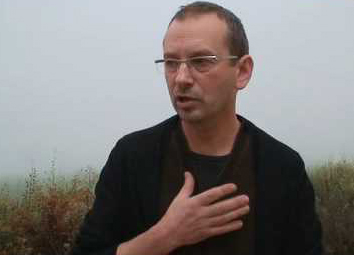 Éric Poitevin was born in 1961. He lives in the sylvan setting of Mangiennes, much like the one he knew as a child, growing up in the undergrowth and forests and along riverbanks. Natural elements are recurrent themes in his work, taking centre-stage in a variety of forms: “deer carcasses” (1993), skulls “seen from behind”” (1994), butterfly collection (1994), marshes (1987), undergrowth (1995), horses (1999-2000), trees (1999-2000), etc. The composition of his photographs is both meticulous and precise, sometimes involving several months of waiting and preparation. Choice of subject, framing, type of paper and manner of developing – each step counts. This rigorous approach gives rise to images in which the essence of things and of landscapes seems timeless, captured suddenly in its most intimate fragility.