Ticketing
The series of photographs presented at Chaumont-sur-Loire by is the fruit of the artist's observation of flora in wasteland around Berlin. By classifying the plants as if in a modern-day set of plant illustrations, Grossmann reveals the colour and structural diversity of plants in an approach on the borderline between art and science. He picks the wild flowers during daily outings through the wasteland, and then photographs them in his studio, arranged in neo-Classical porcelain vases, thus highlighting the spectacular diversity of their forms and colours.
"Urbanistic changes are behind the appearance of wasteland in our regions. Urban wasteland can usually be found alongside railway tracks and rivers. Town planners have often helped to give a new lease of life to spaces around old railway tracks or on riverbanks so as to create a passage for plants and animals in the urban traffic network. This is the case in Berlin, a city which is a living example of the impact that such a network can have on floral (and animal) biodiversity. This concrete feature of the Berlin landscape is a strong aspect of its identity, a special form of urban poetry where nature and the modern city intermingle. The series involved picking out three areas of wasteland, photographing them and picking their flora at random during outings through them. This led to a botanical series.
Photon- light- dissemination- colour / Plant- light- colour- dissemination:
The plant is reproduced by dissemination. The diffraction of light corresponds to a dissemination of photons on the surface and its refraction in space. Essential in the perception of colours, this also reveals the forms of reality. To evoke these facts in a subtle way, a double system of photographic recording was set up. First of all, a “passport” photo of the plant: staged and bathed in the direct light of a flash. Out of this explosion of diffracted photons, a digital enlargement reveals the tiniest detail. This microscopy comes across like a form of invisible reality (to our eyes), and yet is visually connected to the macroscopic image. The phenotype (real form of the plant) is thus associated with a chromatic extract. Both of these realities round each other off, juxtaposed like two realities in the mirror that cannot merge.
Botanical identity + Historical reflection:
In the 18th century, Linné's plant classification system was published between 1735 and 1758, at a time when several porcelain factories were opening up across Europe. In 1753, Oudry presented his famous “White Duck” to the Academy, in which he questioned the chromatic wealth of a “white subject on a white background“. The idea of identifying a plant has thus found support in a specific historical context where a dialogue has taken place between observation, art and sciences. Choosing a porcelain vase as a container for the plants was thus a conscious choice. It made sense. It places this collection, observation and identification process in the context of a history, where art and sciences meet. It harks back to this past, connecting it to a contemporary reality. From an age of science and art to another: ours. The first image describes plant architecture, rounded off with a second image – a microscopic sized chromatic code which can be interpreted as a metaphor of genetics or, in all cases, a unique signature of optical reality under diffracted light. This sample of the real, colourful and light, is also an almost pictorial matter – a translation of the colour revealed by the light that our eye can recognise to be true.
Exhibition pathway:
Although both of these realities are presented in the exhibition area, they cannot merge – remaining forever juxtaposed, united fragments, attesting to the play of light diffraction. The flowers are identified by form and colour, macro- and microscopy in the mirror. The wasteland is shown surrounded by images of plants that once grew there: extraction of the subject, extraction of a detail, in a progression that feels exponential. As a counterpoint to the powerfully colourful images of the plants, the images of wasteland form a documentary point of reference. These immediately neighbouring places are thus shown for what they are: an area of urban metamorphosis. Places where nature and urban features form an “urbanised nature” in a delicate balance between freedom of growth and pressure from urban sprawl. Breathing spaces in the city where nature and buildings are hybridised both in reality and our imaginations. The reduced size of the wasteland is contradicted by the sheer floral wealth contained therein. By identifying plants and capturing them in photographs, the wealth of an apparently trivial territory is heightened for our mind and our senses alike: that of wasteland, these free zones given a second chance by nature."  Ralph Samuel Grossmann 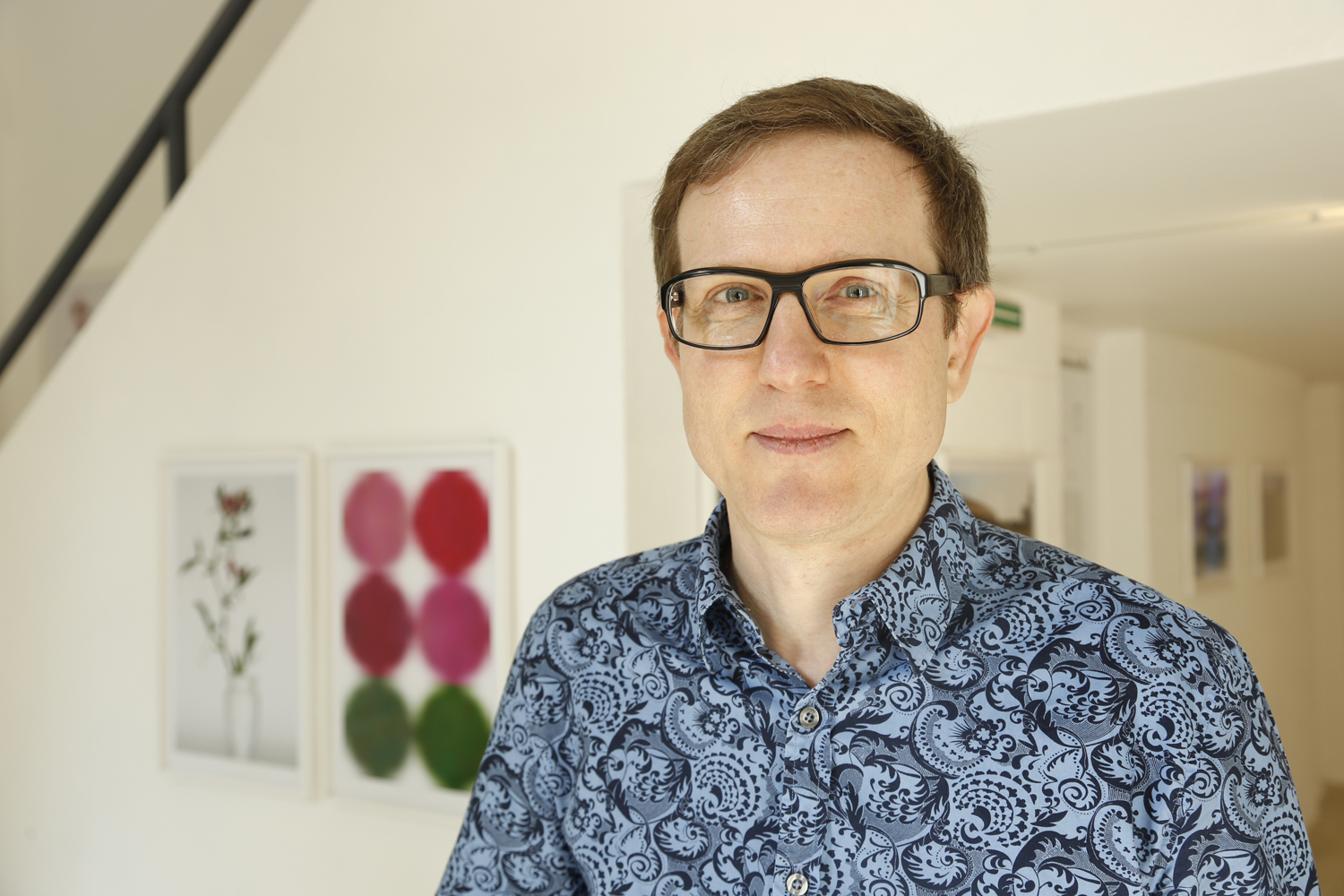 A photographer with a Master of contemporary history of art who graduated from the Tyler School of Art in Philadelphia, where he has taught photography, Ralph-Samuel Grossmann presented his first exhibition in New York in 2001.

He used to live and work in Berlin before moving back to Paris. He is represented by the Galerie Nathalie Béreau (Paris / Chinon) and by PanoramapARIS (Boulogne-Billancourt).

Between 2003 and 2007, on his return from the States, he developed his photographic approach, exhibited in Berlin and Paris the Désirella series of photographs and videos and curated exhibitions at the Musée Carnavalet in Paris.
Between 2008 and 2012, he lived in Berlin and produced a new series – between France and Germany – on landscapes and clouds, called "le Monde Voilé" (Veiled World). This series was well received by the critics and presented six times in France, Greece and Germany between 2008 and 2012. In three of these exhibitions, a series of wood and stone sculptures – the Séismes (Earthquakes) – was put on display alongside this series.
Back in France since the end of 2012, the artist is currently working on the Diffracted Light series which looks at the depiction of flora and a photographic series on the forest.