Psychotropic narcotic plants have been used since the dawn of time to soothe the anger of humans. However, their fate is not an enviable one: repressed, prohibited, regulated, destroyed, they are themselves the victims of the injustice of humans, and they fuel a justified anger.

The layout of the garden highlights how those plants are imprisoned, presenting a winding, labyrinthine path. As we wander freely along that path, the plants initially appear to us as being shut in behind metal enclosures, simply exposed to our gaze as a collection. However, in the end, as we walk through the garden, we also feel closed in. If we take the time to sit for a moment, we can almost have the impression that the plants are observing us.
The garden is a metaphor for the anger of plants intended to soothe the anger of humans. 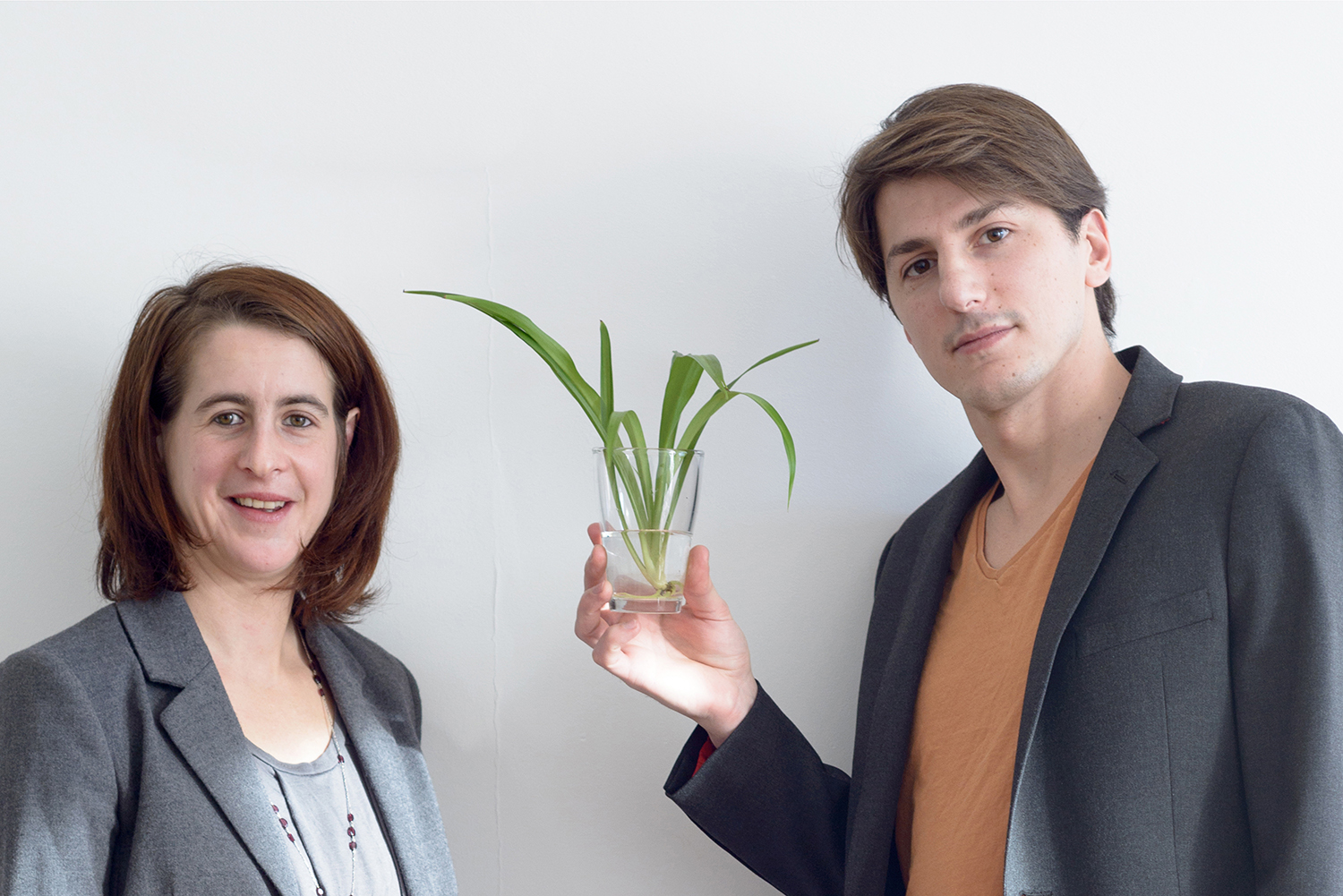 Charlotte Trillaud studied philosophy at the Sarbonne, then moving towards political sciences, carrying out an academic study into the European institutions. At the Ecole des Hautes Études en Sciences Sociales (EHESS), she finished off her education with a Masters in the sociology of religion. She has now been working as a freelance translator for the last 5 years.

Qualifying as a DPLG architect in 2007, Lucien Puech has since worked with internationally renowned architecture firms such as "Miralles & Tagliabue" in Barcelona, and "RPBW" and "Kengo Kuma Associates" in Paris. For three years, he was head of the project for the Athens Opera House, with the Renzo Piano Building Workshop. The simplicity and the expressive force of the master’s designs filled him with enthusiasm. At the same time, he developed a more personal approach through working with individuals and during competitions of ideas. His first sketches were for an experimental mobile exhibition hall made of bamboo and a loft conversion in Paris. In 2013, the Montpellier Festival des Architectures Vives presented him with the opportunity to create his first temporary installation, which received a special jury prize. Drawing inspiration from faraway travels, his work aims to construct beautiful living objects and places of infinite possibilities, an approach of an abundant and colourful hedonism.