le bois des chambres
Ticketing
The piece entitled Fleurs d’Outre-Tombe (Flowers From Beyond the Grave) unites the 3D image and the world of plants. In a dark room below the Domaine's Greenhouse, rows of mossy plants create the illusion of a plant world intertwining the real and the virtual. Strange flowers appear in the midst of Pteris, Phlebodium and other Nephrolepis….
Combining the world of the virtual (of cybernetics and screens) with that of the garden, may seem sacrilegious. In Fleurs d’Outre-Tombe, rows of soil-free plants emerge from bright reflections, like "those blades of grass which often penetrate the hardest marble of these tombs, which all of these corpses, oh-so powerful, will never raise!"
Combining architecture, landscaping and botany, Jean-Philippe Poirée-Ville explores an ornamental model for urban planning, in search of nature and meaning.
For him, writing with plants is the primordial architecture; penetrating space and time, it can feed tomorrow's cities by combining humanism and urbanism.
Landscaper, architect, video maker and artist, Jean-Philippe Poirée-Ville never lets up exploring the realm of plants and inventing new artistic languages connected to the living, plants, their energy and their beauty.
This time he has created "plant videos" at Chaumont-sur-Loire, in the depths of the tropical greenhouse, combining highly sophisticated technology with the mysterious growth of plants. 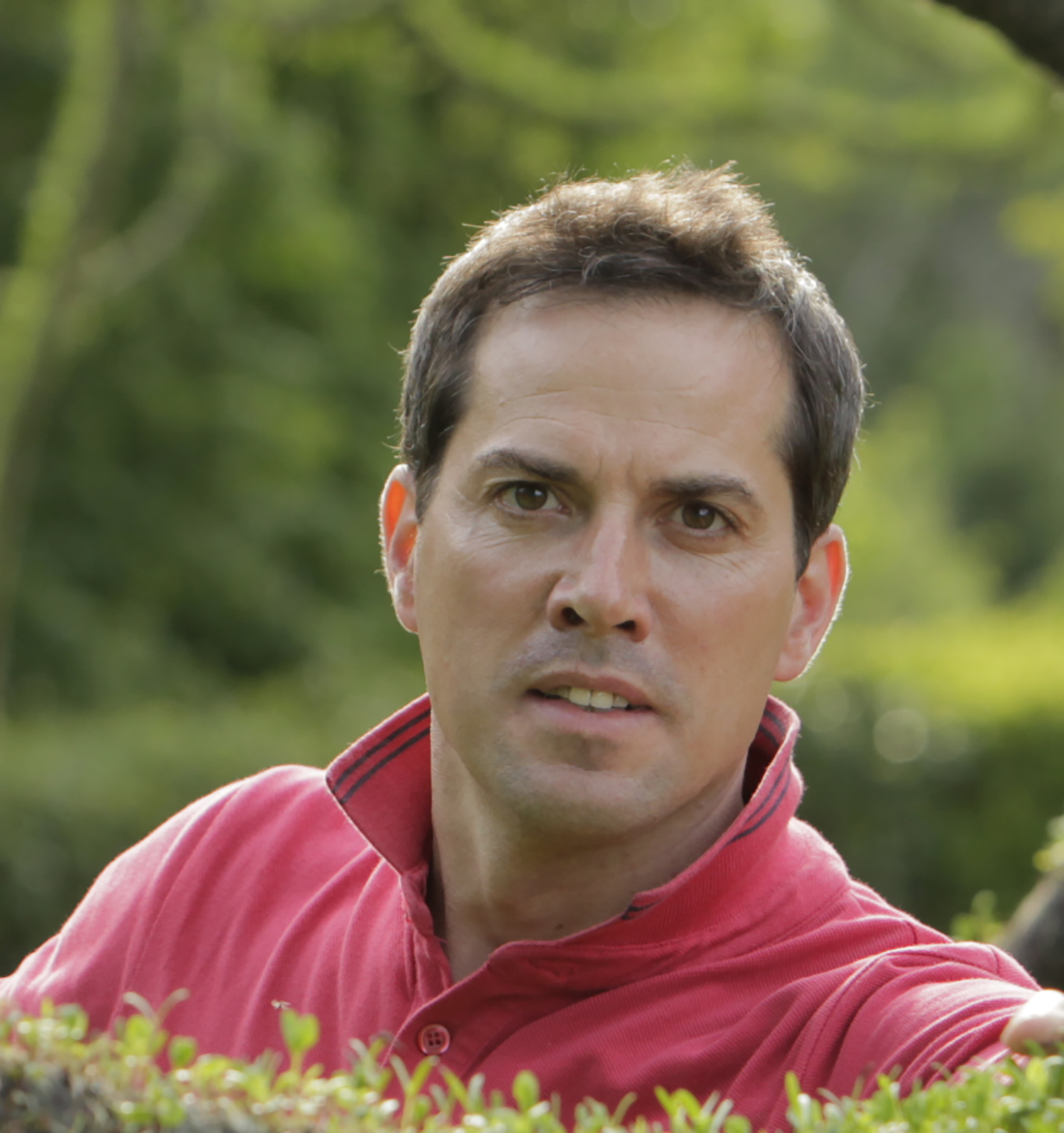 The grandson of farmers, Jean Philippe Poirée-Ville is an architect and a landscaper. From his early childhood, he has been inspired by the changing of the seasons, field labour, and nature. It is from his homeland of Catalonia that he draws his inspiration, as well as his passion for plants' "spirit of elevation".
He studied architecture and graduated from the Ecole Spéciale d’Architecture in 1996. He simultaneously studied at the Versailles Ecole Nationale Supérieure du Paysage where, with great relish, he put into practice his talent as a "treetop gardener". This dual training and the instruction of Paul Virilio led him to think about plant ornamentation and digital technology.
He started out as an architect, putting on various exhibitions on the subject of light and plants. He united a group of artists around the concept of "Hyperlight" in the exhibitions “Les Mondes Lumières” at the Fondation EDF in 2001, then “Ecoulement” at the espace Braquage and “Hyperlumière” the Ecole Spéciale d’Architecture. He took part in the “Les Passeurs de Lumière” exhibition with Hubert Reeves and Michel Cassé in Chartres in 2004 and did the lighting for the facade of Saint Jean cathedral in Lyon for the festival of lights.
It was his artistic hunger and thirst for creation that drove him, in 2003, to create a new aerial hydroponic crop system protected by his first patent; the plant scriptures, or “Ecritures en nuage”. In 2003, he designed the Entreciel garden for the Chaumont sur Loire Garden Festival. In 2005, for the Nuits Blanches, he created a hanging garden in the courtyard of the Opéra Royal at the Château de Versailles. in 2007, he created a walk-through show in the Balbi park at Versailles. Entitled “Labiranta”, it illustrated the evolution of architecture from an agricultural perspective.
He continues his research into aeroculture at the Versailles IRNA, producing various plant pieces, notably “Sylphes” in 2012 at the Chaumont-sur-Loire Centre of Arts and Nature.