From Latin miror, mirari: to marvel at, admire.
Mirage draws inspiration from the refinement of gardens and Persian rugs. Visitors enter an arid area, dominated by minerals. The ground is made up of fragments of recycled bricks. Rusty openwork facades made of crude metal allude to traditional Oriental architecture. Lush vegetation is revealed through them, contrasting with this assembly of oxidised steel leaf-like sheets. Behind it, the oasis is revealed. Gigantic plant silhouettes, cut out of polished stainless steel sheets, attract the visitor with their mysterious reflections.
The layout of the garden evokes Persian rug patterns, spread over different platforms following the curves of the polished stainless steel sheets. The metallic surface reflects the environment, adding depth and refinement to the occupied space.
In the middle of the garden, a spring gushes into a pond and flows into a series of indigo blue channels, created using the traditional Moroccan technique Tadelakt.
At the four corners of the pond, features of varying heights stand alongside each other. The flower beds replicate the shades of red, blue and purple found in the colour range of Persian rugs. 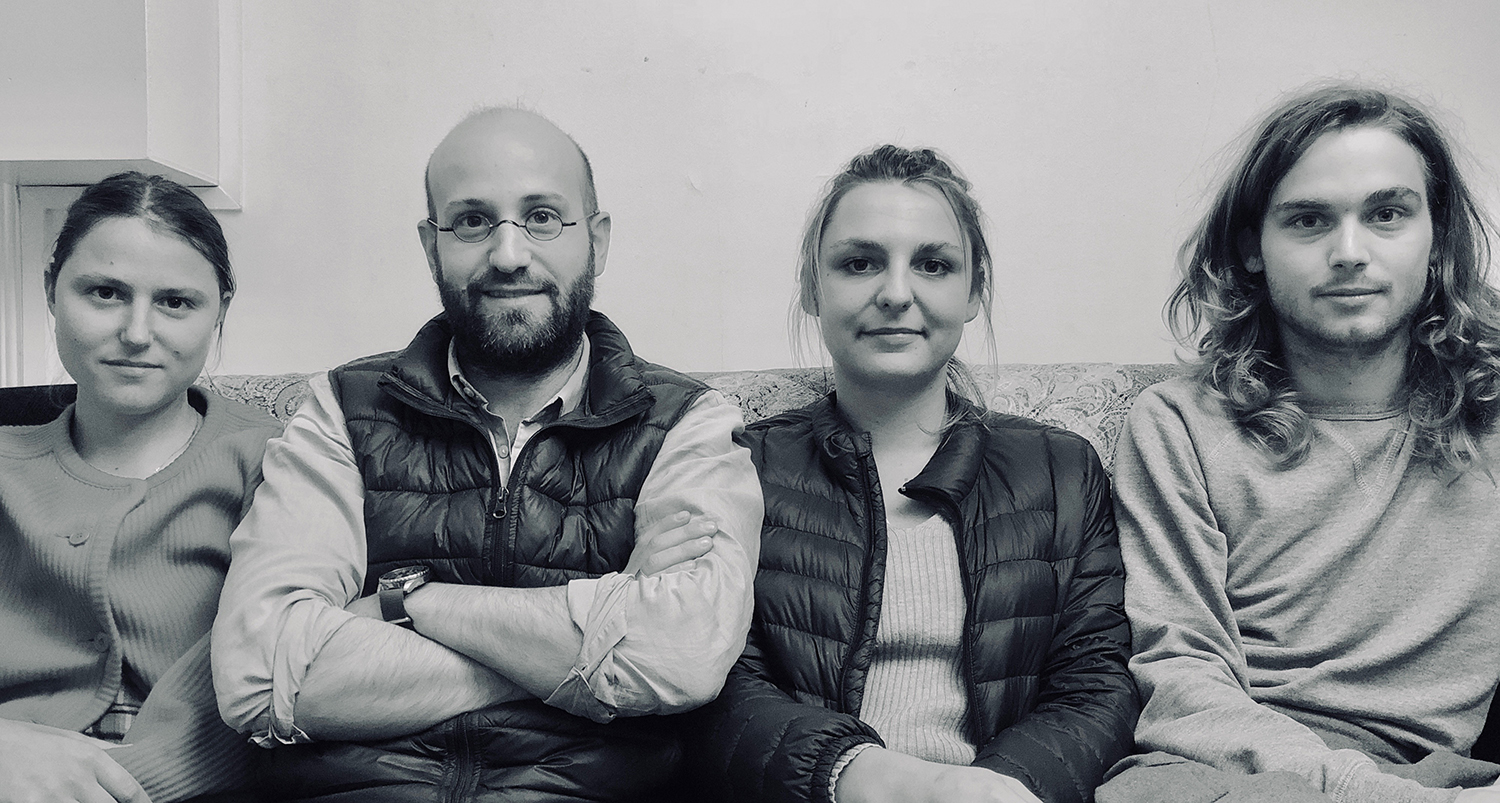 Monseigneur à Paris is a vessel heading off on an expedition. Loyal to the spirit of great explorers, on a quest for new treasures, unusual tastes and relics of another time. A collector of curiosities, both an archaeologist and a naturalist. The intersections between these subjects, histories and know-how become the principle of creation. Monseigneur à Paris carves marble, shapes gold, makes ceramics, engraves copper, sculpts wood, prunes roses and puts together herbariums. A few partners of excellence, the majority of whom have the Entreprise du Patrimoine Vivant (Living Heritage Company) label, orbit around in the universe of Monseigneur à Paris. High-quality projects emerge from these precious exchanges.

A set designer with a diploma from the National Graduate School of Decorative Arts and a CAP professional qualification in Jewellery, Benoit Julienne creates sets for the theatre, films and exhibitions on the one hand, and makes jewellery on the other. In 2016, he founded the company Monseigneur à Paris, a studio for artistic production and creation, specialising in particular in the technical direction and production of contemporary art projects.

After training as a landscaper, Aurelle Bontempelli began working in Le Havre as an apprentice at the Atelier Pré Carré alongside Marc Vatinel. This company holds a special place in her heart as, while working there, she was able to develop her love of gardens and her ability to sculpt them over time and gain awareness of the circle of life in the garden and the soil. She divides her time between travelling on the one hand and creating greenery sets for films on the other.

After training as an architectural assistant and carpenter and following in the footsteps of Jean-Paul Barray, his artist/designer grandfather, Eloi Barray experiments with materials, seeking to bring ideas into being. He manufactures and creates sets and is involved in landscaping for the film industry.

A graduate of the National Graduate School of Decorative Arts (Set Design) and the Gerrit Rietveld Academie Fine Arts and Design Academy (Art), Morgane Le Doze is interested in movement and changing space. An interest that she dealt with in depth when writing her dissertation, “Je relâche la pression de ma main gauche,(...)” which reveals a world viewed from the seat of a motorbike. Thus, she developed a practice of performance writing, using the device to showcase the concept of the spectator’s journey and travel.