Ticketing
In East Asia, clouds are regarded as the perfect symbol of Yin and Yang. They merge the elements of air and water, sky and earth. Gods and goddesses travel aboard them, like boats sailing between the kingdoms of Sky and Earth. In batik production, the motif of the Mega Mendung represents these auspicious clouds. Introduced in the port city of Cirebon in Java, it became very popular and spread rapidly. To create batik, fabrics are dyed using the wax-resist technique. Craftsmanship elevated to an art form. In this garden, the Mega Mendung motif comes alive before our eyes. A screen woven from recycled steel fibres reproduces the motif of the sarong, that omnipresent item in East Asian wardrobes, worn wrapped like a skirt. Diaphanous plants float above the water and glide down a little hill facing it. From fabric to landscape, the clouds come to life. 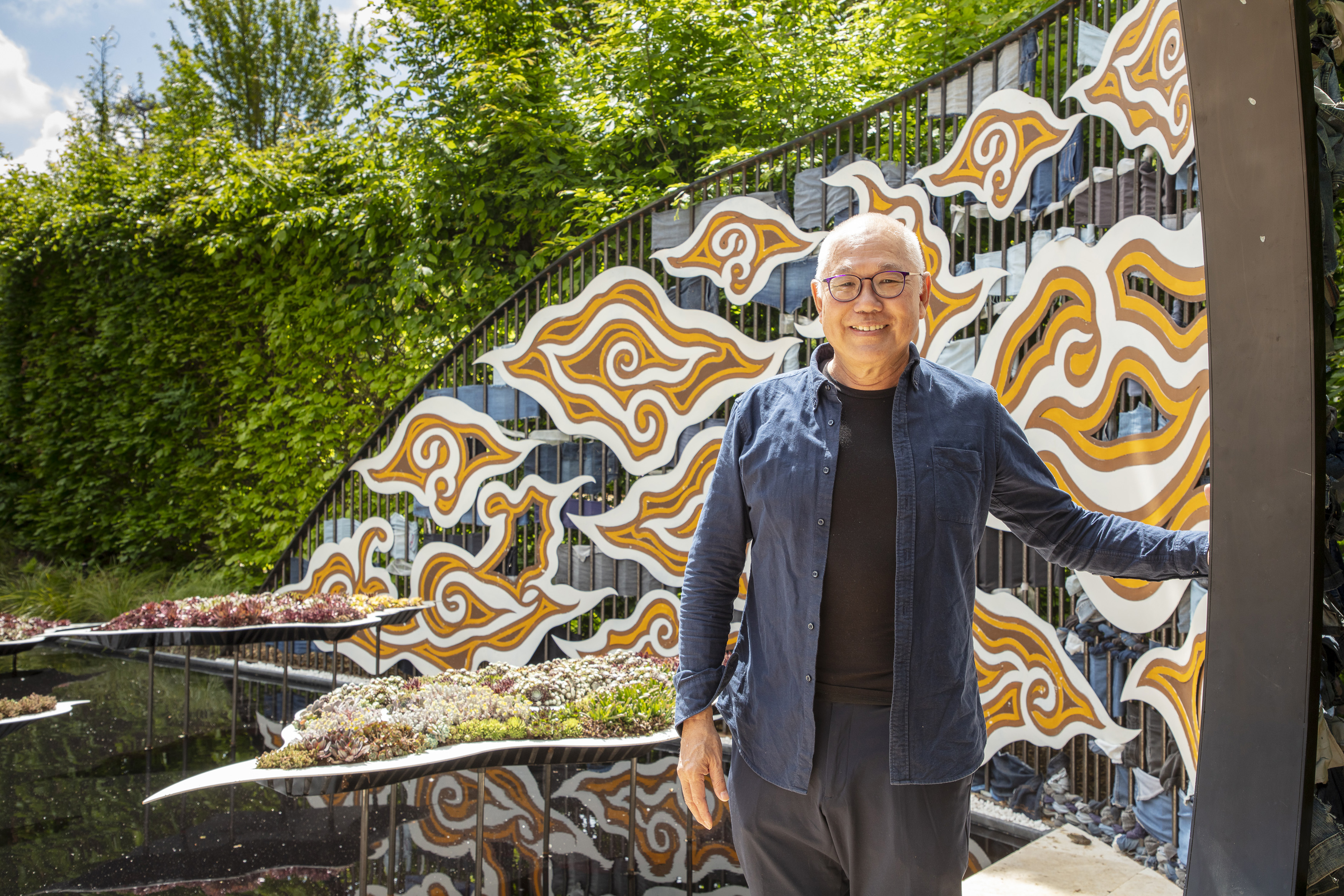 Lim In Chong, better known as Inch, was born in a shop in the little town of Batu Pahat in the State of Johor on the eve of Malaysia’s independence. He spent his childhood swimming in the pools of abandoned mines, exploring the nearby jungle and catching mangrove crabs.

After attending the local mission school and government lower secondary school, he completed his upper secondary education at the United World College of Southeast Asia international school in Singapore, and went on the take a degree at Trent University in Peterborough, Canada. He then returned to Malaysia and joined the family business, where he worked for twenty years while also trying his hand at garden design and architecture, spending some time as Chairman of the Johor branch of the Malayan Nature Society, an organisation dedicated to nature conservation, education and research.

In 2001, at the age of 46, he started on a new career in landscaping, at the now famous Tropical Spice Garden in Penang, going on to win a string of international prizes at garden festivals and flower shows. He has also been a guest judge on the BBC’s Gardeners’ World in the United Kingdom, and at the Ellerslie International Flower Show in New Zealand.

While developing his practice, Inch obtained a Master’s in Design and Architecture at the Royal Melbourne Institute of Technology.

In pursuit of ecological goals, he became a strategic investor in Annica Holdings Ltd in Singapore in 2016, and took over as its director in 2018. The company develops alternative energy based on solar hydrogen. He has high hopes of bringing about change through green technology.

Apart from his commercial and domestic activities, Inch designs gardens that act as showcases for the virtues of sustainability and the pleasures of sharing space in harmony with nature.