On a planet that has been disturbed by human activity, our environment will, in the decades to come, experience temperatures that become more and more extreme. In Africa, there is already an enormous variation in temperature between day and night. One animal is particularly inspiring in this context: the zebra. Scientific research has shown that as it has evolved, this animal has developed a strategy to regulate its body temperature and survive the extreme temperatures of the savannah. Its coat is made up of black stripes which reflect the sun’s heat, and white stripes which absorb it. This heat regulation means that the zebra does not suffer in the daytime heat, or the cold at night.

The zebra’s stripes are laid out around the garden as 3D structures, pergolas covered in reed to resemble the black stripes. The white stripes are represented by the gaps left between each pergola. Light movements of the air therefore temper the extremes. Thanks to the alternating exposure of the pergolas, the garden reproduces a mild microclimate suited to crops, even during summer heatwaves. Under this imitation of the protective zebra coat, abundant vegetation dominated by ferns is developing. There are vertical panels throughout this space that guide the visitor’s gaze to the fern, foxgloves and other species that are characteristic of the undergrowth. 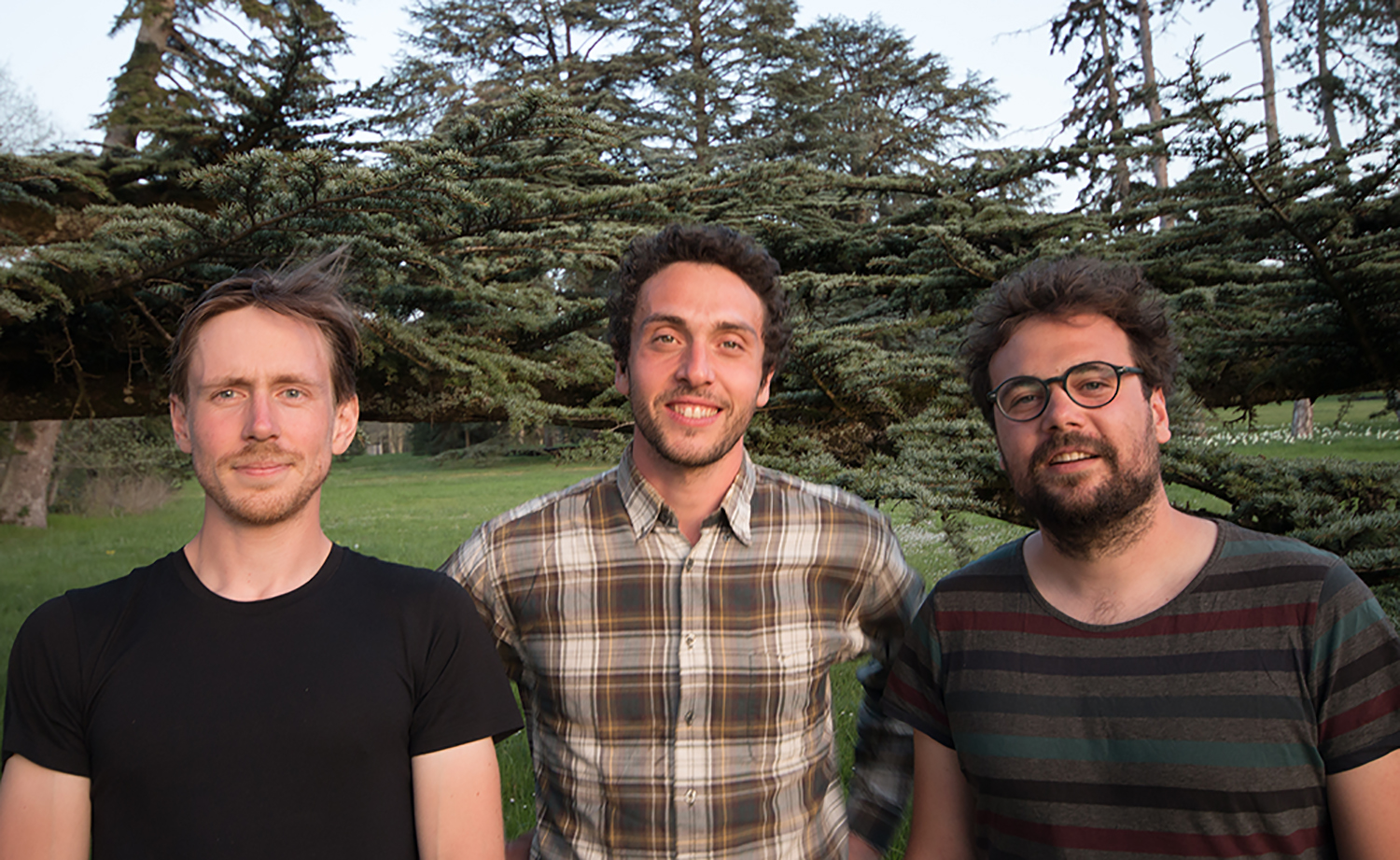 L’Atelier des Réserves is a group of qualified and passionate landscapers, comprising Laurian Gascon, Stanislas Jung and Etienne Vazzanino who work together on experimental projects. Through their projects, their goal is to experiment with their vision of landscape in a world where saving resources is becoming increasingly important. The projects are chosen based on their vision for tomorrow’s world. The Atelier’s approach is focussed on the site, the soil and is attentive to those who inhabit it. The choice of tools and materials, and the way in which they are reused or directly recycled, is the main focus of the project. The group works on the assumption that the project is not there to control the site, but on the contrary, should give the site a certain freedom... to preserve it for the future.

Laurian Gascon is passionate about living organisms in all shapes and sizes, and studied drawing and ceramics before becoming a landscape designer. For the past 3 years, his work on landscapes has been developing on various levels and in various forms: analysing territorial projects, enhancing the landscape around a lake, artistic installations, exhibitions and garden design. He takes full advantage of the sheer diversity of the job of a landscaper, with always the same underlying approach - that of building joint projects and respecting the balance between nature and Mankind. He is fully aware of the social and environmental issues of the 21st century, and sees the landscape as a driving force towards a society where nature and culture can live together in perfect harmony.

Stanislas Jung is passionate about the land and has already followed very different paths in his life. As a wildlife photographer, he worked for several years alongside the Lorraine Regional Natural Park, monitoring the population of birds in pond areas. He is a landscaper, adventurer and is passionate about survivalism in the wilderness. He has already explored hundreds of kilometres alone to push his limits and feel alive in the most remote of places. He is attracted to deserted areas such as Iceland, Mongolia and Lapland and feels at peace there. This passion led to two publications with the “Tiret du 6” French publishing house. As well as an adventurer, he’s also a collector of art and began his collection by creating the 'Cabinet d’art', a gallery specialising in fashion designs. Stanislas has an enthusiastic energy about him and combines elegance and a a sense of the wild. This mix can be seen in his projects, to which he brings the passion and knowledge he has picked up from these seemingly opposite worlds. He graduated from the École Nationale Supérieure de Paysage in Versailles, and then created his own landscaping design office, HORUS Paysages. He designs parks and gardens in partnership with architects, whose trade he also knows quite well thanks to his architecture studies in Versailles.

Étienne Vazzanino is passionate about the workings of natural spaces and rustic developments, bringing an innovative approach to the sector. With both finesse and humility, he combines his knowledge of ancient practices with contemporary tools, therefore readapting them to today’s modern world. He is aware of the social issues we face today, he is idealistic and appreciates the living world, yet remains down-to-earth. His career took him from urban planning to landscaping and he pays particular attention to respecting the existing dynamics of a place. He therefore places particular importance on the characteristics of the land and how a project can be integrated into its location. He is a graduate from the École Nationale Supérieure de Paysage in Versailles, and adopts a humble approach to his work, making sure he listens to the needs of the site and its inhabitants. In working this closely to the land, he has developed a strong awareness of the materials and tools that shape it. Landscape farmer and craftsman in the art of gardening, he is a farmer, a builder and a maker all rolled into one.