Through its creativity and balance, Nature is an endless source of inspiration and knowledge. Just like a library, it invites us to plunge into its books and its pages, to understand how things work.

Le jardin rayonné gathers, harvests and spreads this knowledge, and is presented much like a formal reinterpretation of the beehive. Taking inspiration from the bee’s architectural talent and its superb organisational skills, the garden is laid out around several “bookcases” of burnt wood, that are presented in the characteristic honeycomb shape from a beehive. Set in the midst of the garden, these structures are surrounded by an abundance of bee-forage plants in soft shades. Much like an insect goes about its day, foraging and pollinating, the visitor is led on a discovery of a wide range of objects, animal, plant and mineral curiosities, either used or partially ignored. Firing imaginations, the garden invites visitors to soak in the endless and unexpected wealth of Nature, and also to store this wealth to then pass it on and share it around. 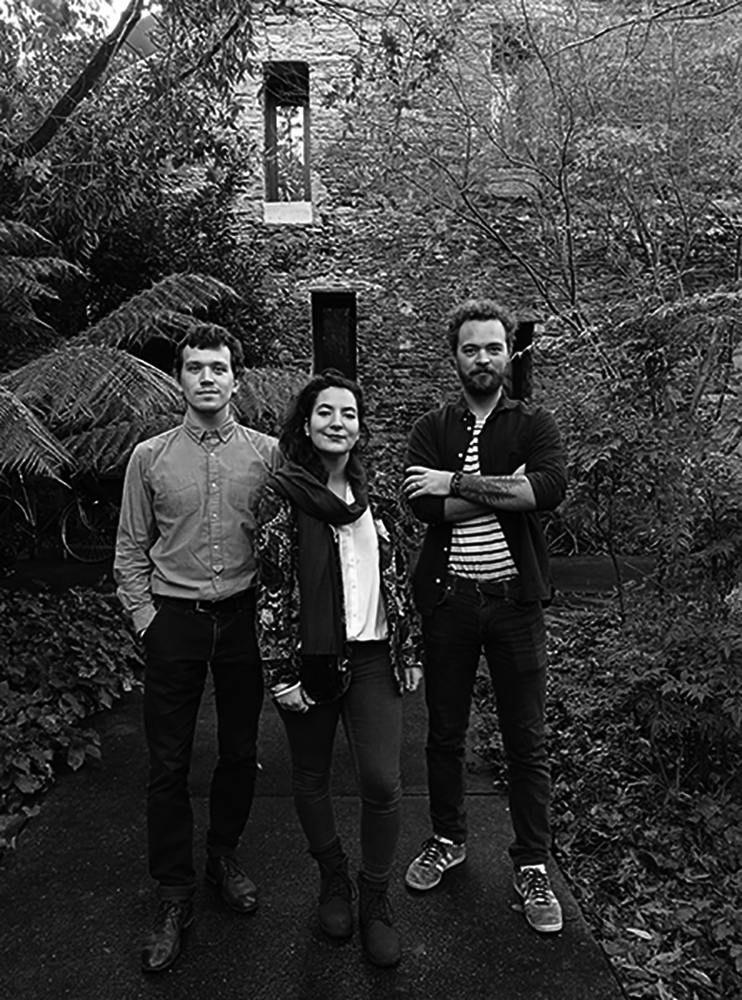 Manon Renard is a landscape designer and educational space designer, whose career is focussed on drawing and illustration. She recently chose to move to Nantes and set herself up as a self-employed landscaper-illustrator there. She designs for landscape, graphic and illustration projects and other artistic ventures, always with a pencil to hand. Her approach is focused on the broadest possible meaning of landscape - animals, plants, treehouses, ecology - as well as on her desire to share and pass on her values and vision of the world.

Louis Guérin graduated from the Jules Rieffel agricultural school in Nantes in 2012 with a diploma in landscape design, and has been developing his approach and artistic sensibility in the world of plants ever since. Mindful of the issues related to the environment and a nature lover, he joined the École Nationale Supérieure d'Architecture et du Paysage in Bordeaux in 2014. While studying there, he improved his knowledge of spatial planning and the challenges of large areas. He was particularly interested in rural areas and the problems of attractiveness in the countryside. After his studies, he joined a landscape design office in Clissons (Loire Atlantique) and was able to learn all about the complexities of land use planning in rural areas.

As a qualified architect and graduate of the École Nationale Supérieure d'Architecture in Versailles, Pierre-Alexandre Bardat developed a special interest in working with materials during his studies, as well as a fascination for time and life cycles in architecture. As a nature lover, he carried on his studies with a professional Master’s degree in 'Historical Gardens, Heritage and Landscape' and acquired some expert knowledge about natural and cultural heritage, as well as knowledge of complex environmental issues. His professional career led him to Nantes, where he reconnected with two childhood friends, and together they founded the Atelier B&GR. He is from a long line of farmers and has always held a fascination for the land, simplicity and also has an attention to detail, which he aims to reproduce in all his projects.