The ground is one of Mother Nature’s most precious assets. But do we treat this fertile habitat, which nourishes us all, with respect? Denuded of its natural protective layer of vegetation, agricultural land is vulnerable. Pesticides, chemical fertilisers and heavy machinery result in soil that is compacted, eroded and dead. But what if we re-imagined the way we grow our food? There is no better way to begin a revolution in our food production system than in a garden. Since ancient times it has been the place par excellence where production, beauty, relaxation, joy and spirituality come together. The human eye is fascinated by geometry, structure and expertise, making this garden an aesthetic archetype which we can preserve while embracing nature rather than fearing it, creating a garden that is more respectful of Mother Earth and the cycle of life. This agricultural revolution offers a transitional journey from deceptively beautiful single-crop fields of annuals, to a natural oasis consisting of several levels of perennial agriculture: a forest of abundance, full of flavours and delights. A harmonious place created for all living beings, perfect for relaxation and reconnection with nature, where the ground is protected, rescued from disappearance, and ready to evolve once again! 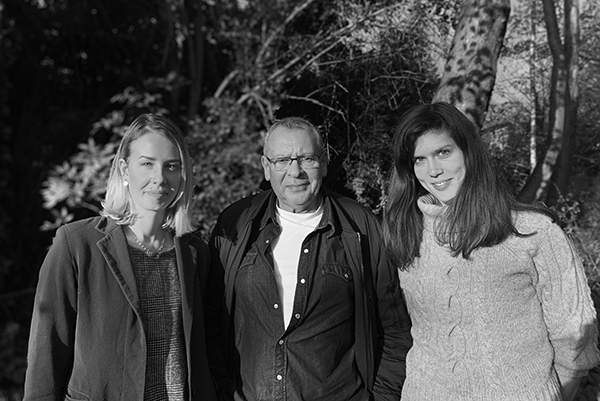 Dave Kirkwood is Managing Director of Mitchell + Associates. He grew up in Belfast and qualified as a Landscape Architect in 1983, working first in the provision of social housing projects across Northern Ireland and subsequently in private practice where he completed a broad range of landscape projects, including: the ECOS Millennium Environmental Centre and Park at Ballymena, which has won several awards (including the Civic Trust Special Award for sustainability); the restoration of the 18th Century Antrim Castle Gardens; and the AstroPark at the Armagh Observatory and Planetarium. In 2000, he moved south to Dublin to take up a position at Mitchell + Associates which was already an established and respected design company specialising in Landscape Architecture and Urban Design. Under his leadership, the company has maintained its reputation for the design of high-quality public places and has developed its collaborative and inclusive approach to the creation of sustainable design solutions which draw greatly on context and the culture and traditions of the communities they serve. He sees the proposal for a garden at Chaumont as a celebration of that thin but vital interface between earth and air, which is essential to life on the planet and the myriad of species it supports, including the one species which has such a poor track record in understanding, respecting and conserving it.

Veronika Kunclova is a landscape architect from Czech Republic working at Mitchell + Associates in Dublin, where she is involved mostly on urban projects in Dublin. Prior to moving to Ireland, she has studied and worked in the Netherlands, where she graduated in 2016 from Landscape architecture at Wageningen University and after that worked at Buro Sant en Co. She was involved in a diversity of projects from urban projects to large scale landscape research through design and strategic planning. As a landscape designer in the Netherlands, she has gained a lot of experience especially in areas such as sustainability, circular economy and design and climate adaptation. She is also very interested in phenomenology – the sensory experience of the environment. In her master thesis, she focused on guidelines for sensory experience of natural environments.

Louise Checa studied at the School of Nature and Landscape (INSA Centre-Val de Loire) in Blois from 2011 to 2017. During her studies, she undertook several placements in France and abroad. After two work placements at Grasagardur Botanical Garden in Reykjavik (Iceland) and at Nong Nooch Tropical Botanical Garden in Sattahip (Thaïland), she went on to internships in the landscaping practices TER in Karlsruhe (Germany), Atelier de l’Île in Paris and finally Fontana Landschaftsarchitektur in Basel (Switzerland). Her final project concerned the construction of a border crossing area between Strasbourg and Kehl, developing interdependence between the town and port, re-wilding part of the Île aux Épis (an alluvial island in the Rhine) and reinforcing the identity of the border. She graduated with highest honours as a landscape engineer and designer in 2017. Since the end of 2017 she has worked in Dublin for Mitchell + Associates, mainly working on urban projects in Dublin.