According to Greek mythology, Mother Earth, Gaia emerged from chaos. A modern version of disorder waits for us in the first part of this garden, a satire on our society and our blinkered view of living things. Humans often rearrange their environment to the detriment of the earth that has carried, nourished and healed them, destroying their link with nature. Little by little, this chaos breaks down to make way for a second garden. Gaia's generosity explodes into a million shapes and colours. Once again, it becomes possible to commune with abundant, sweet and dynamic nature. Guided by the curves of a path strewn with flowers, cereals, fruit and medicinal plants, we have an opportunity to re-centre ourselves, to escape and to reflect on the fate of our planet. It is up to humans to find their rightful place alongside Gaia. 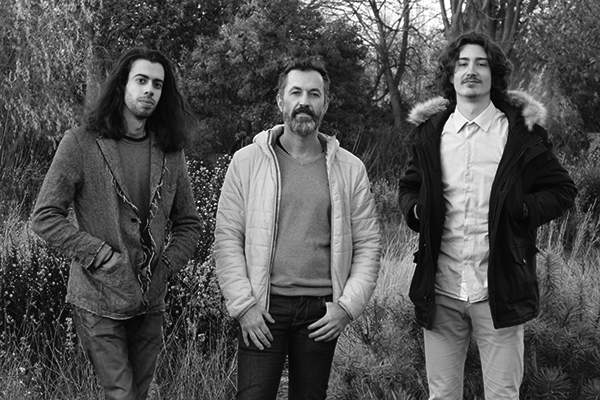 Marc Félix comes from Moselle. He graduated from the Strasbourg School of Architecture in 2000. He moved to Paris where he learnt landscaping and urban planning in various practices. His unusual CV is based on his architectural training along with his self-taught gardening knowledge. In 2001 he created the Mosaïculture aquatique garden with Jean-Louis Cura and Michelle Schneider at the Chaumont-sur-Loire International Garden Festival. In 2010 he opened his own studio, Atelier Marc Félix, which has an unusual approach that responds to current environmental, landscape and social challenges. His projects combine urban planning, architecture and landscaping at a large scale and also for public and private spaces. Since 2015 he has been a professor at the École du Breuil horticultural College in Paris where he teaches techniques and project management on the landscaping course, and at Paris Saclay University where he teaches urban planning to postgraduate students studying an environmental approach to landscaping. At the end of 2017 he received a postgraduate diploma in landscaping from the French School of Landscaping in Versailles, in recognition of fifteen years of experience in the field.

Sylvain Rusterhotz was born and grew up on the outskirts of Paris. This urban environment was in marked contrast to his holidays spent in the countryside and the mountains. This was when he was able to discover nature and watch the interactions of the wildlife. At the age of fifteen he decided to dedicate himself to the landscape by enrolling at the École Du Breuil horticultural college, from which he graduated five years later with a diploma in landscaping. He now works in a landscaping company which has taught him urban landscaping and outdoor building techniques. His aim is to start a business where he can bring together his love of gardening, landscape and nature in an environmentally-friendly way.

Stephan Saikali grew up in Paris but took A-levels in language and literature in England. While there, he developed a taste for art, gardening and forestry, activities in which he regularly took part. This passion for plants, along with his creativity, led him to study landscape design at the École Du Breuil in Paris where he gained a diploma in landscaping. Driven by his travels and the people he met, he is fascinated by the customs of different peoples and aware of the current challenges of sustainable development. He hopes one day to start his own garden design business focusing on an approach that respects life.