The notion of the garden as a paradise has been around a long time.
The cloister garden, with its protective walls and perfectly ordered flowerbeds, was intended to capture the heavenly Eden and arrange it on Earth. According to this perception, paradise is a fortress against the unknown, entirely separate from a wild and chaotic exterior.
Habiter le mur challenges this. A defensive place which aims to exclude all forms of the unknown, does this do the idea of paradise justice? Doesn’t the definition of paradise correspond more to a threshold than an enclosure? What if it were a choice to make, before the opening of a passage? We would be on the verge of adventure, with all the risks involved in the journey of human existence. Paradise would be found within the wall itself. It can neither be a place of comfort nor of fear.
Habiter le mur supposes that paradise is, on the contrary, a place of consciousness, integration and learning – a place we choose to enter, where we choose to mix, rather than hide ourselves behind walls. 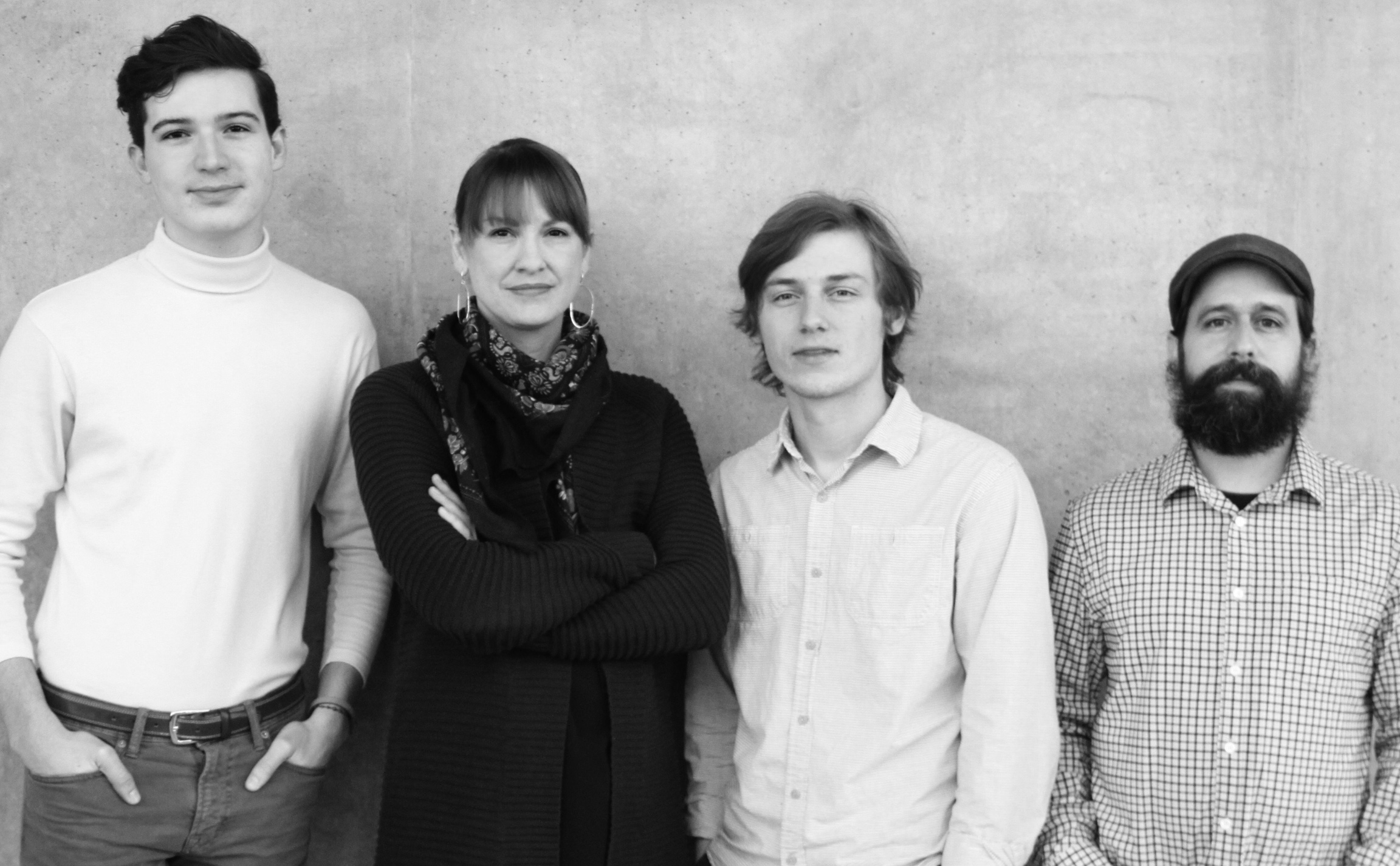 Founding Principal of Trace, Windy Gay’s work is grounded in creating resilient, equitable, and beautiful spaces. Her motivation is heavily inspired by a desire to connect people’s inner lives with their physical, sensory lives and in so doing spark empathy through a more integrated narrative. She believes that designing intentional landscapes that are rich in narrative will catalyze positive change in the world.  Windy holds degrees in Philosophy with an emphasis in studio art from Mills College and a Masters of Landscape Architecture from the University of New Mexico. She is currently an Instructor at the Fay Jones School of Architecture and Design, at the University of Arkansas in Fayetteville, Arkansas. Her teaching and research investigate the relationship between drawing and thinking and the importance of empathy in the education and practice of landscape architecture. In addition, she explores the potential embedded in the creation of drawings and diagrams that mix analog and digital media, as well as still and moving images, to actually help us develop more imaginative and innovative solutions to our built environments.

Justin Tucker enjoys building new ideas and crafting new places, especially alongside and for the sake of other humans. He is a teacher, maker, designer, and optimistic problem solver who has led, taught, and collaborated on a number of exciting design-build projects and workshops, close to home and internationally. Most recent travels include Norway, Estonia, Venice, and Haiti. He especially loves the scale of projects where things relating most closely to the human body and experience can be best explored. At times the boring parts of his work are occupied with too many managerial tasks, however, he is kept in motion by the creative work and more so the joy of spending time with his wife and children.  If given free time he may be found taking aimless walks in nature with them collecting pocket-sized treasures from the Ozark mountains near their home in Fayetteville, Arkansas. He spends most of his working time as a fabrication specialist at the Fay Jones School of Architecture + Design, University of Arkansas where he also has an appointment as a design exhibitions' coordinator. In addition to this he teaches a Design-Thinking+Build course he developed for The New School, a local independent primary and secondary education school. He draws knowledge from a B.Arch degree from the Fay Jones School, as well nearly twenty years combined experience in building construction management, landscape construction, woodworking, architectural design, and prototyping, not to mention an entire childhood of making and breaking things.

Beau Burris is a Landscape Architecture student in the Fay Jones School of Architecture + Design at the University of Arkansas. He has taken on a wide range of projects over the course of his education at a variety of scales, but prefers to design what people most come into contact with--the intimate intricacies of what we see and touch. He is an Arkansas Governor's Distinguished Scholar, and currently serving a term as the American Society of Landscape Architects Student Chapter President. He has a particular interest in representing environments both built and natural, seeking to graphically innovate with every new project, pushing the limits of media's ability to communicate the landscape to a wide range of audiences.

Dallas Myers is originally from Oklahoma, in the middle of the farming region of the US. He is finishing up school at the University of Arkansas and graduating in May 2019 with a degree in landscape architecture studies and a minor in Interior design. Following graduation, he will be starting a landscape design and contracting business while designing and making furniture. These two specific fields have grown to interest him as he found a deep love to create beautiful and compelling designs. Along with these fields came the opportunity to focus on material details. Each material holds a certain tactility that resonates with the individual, and his passion is to orchestrate that experience. He hopes to continue to pursue this outside of his education and following.