Ticketing
This garden draws its inspiration directly from the philosophical tale Candide ou l’Optimisme by Voltaire. The character’s journey leads him to the dreadful observation of the fragile human condition, constantly threatened by war, diseases and natural disasters. Thus he discovers the lush and abundant South American El Dorado, which seems to be a genuine Heaven on Earth. Without wisdom, Candide, and by extension Humankind, cannot be satisfied with this living environment. It is through hard work and the little joys of everyday life that he ends up building his Paradise. Voltaire criticises human beings’ greed, as they will never be satisfied by what they already have.
Through the opposition between a tropical and a rural landscape, the designers of the garden emphasise the need to rethink our perception of happiness. Voltaire concludes his novel with the following axiom: [To be happy], “we must cultivate our garden” and highlights the fact that happiness is achieved through modesty, hard work and realism.
At first, visitors sink into a dense jungle that quickly becomes oppressive due to the interplay between the plant covering, topography and bright colours. Freed by a sudden change in environment, they can catch their breath in a well-tended vegetable garden that is open and bright, a place of contemplation and nourishment. 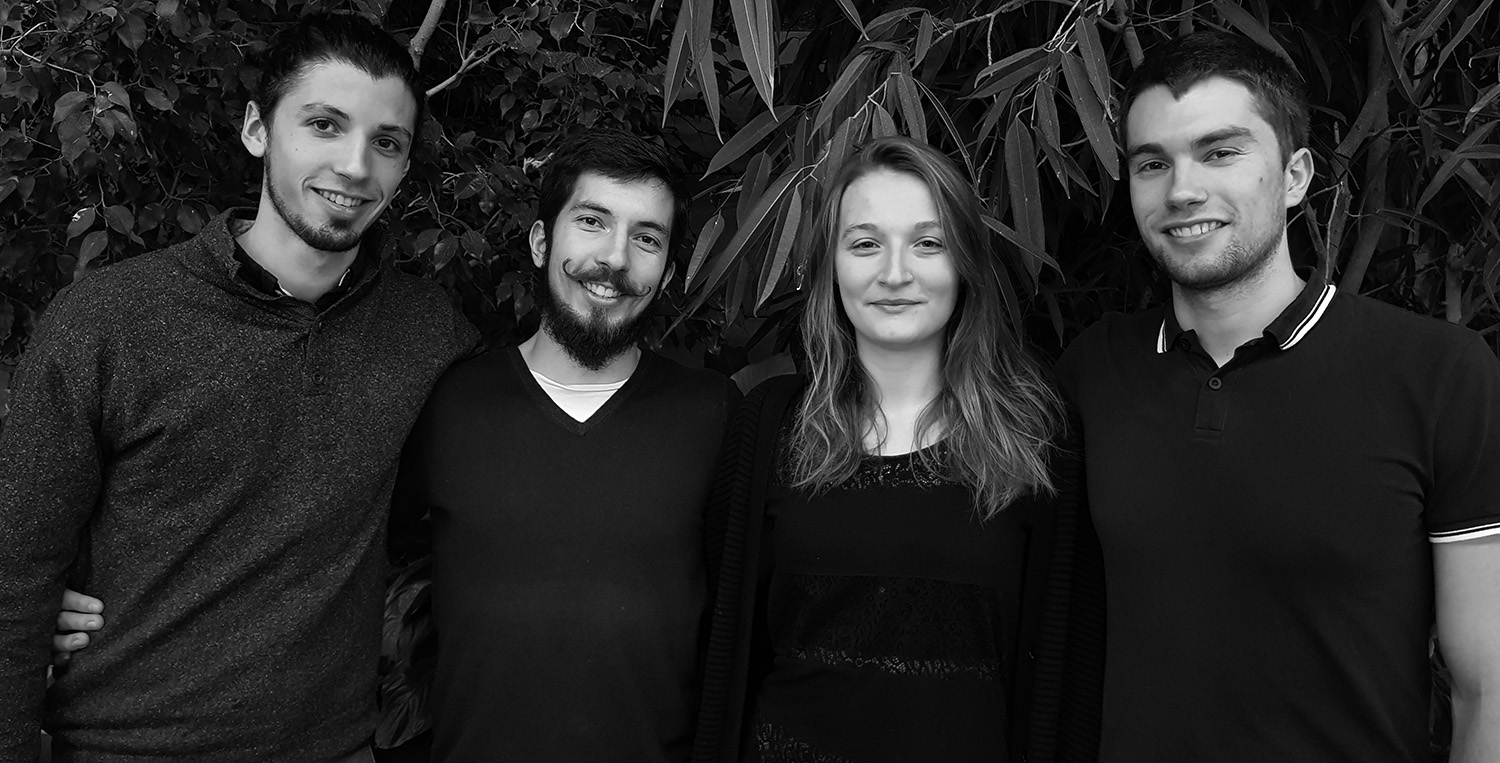 Yohan Odin comes from the Grenoble region, where he spent the majority of his childhood until the age of 18. He followed a general school curriculum, obtaining his baccalauréat scientifique avec mention Bien (A level equivalent, science stream, with distinction) in 2014. Passionate from a very young age about the plant kingdom, nature and mountain landscapes, he decided to attend Agrocampus Ouest, a higher education institution for landscape engineers. He has carried out a number of internships throughout the course in order to get to grips with the various aspects of the landscaper profession, he chose the specialism “Landscape: Operationality and Project” in the final year of the course. Involved in various societies at his school, keen on sport and conscious of current issues, he is convinced that the actions undertaken by landscapers with respect for nature are the key to the future. Having visited the last five editions of the Chaumont-sur-Loire International Garden Festival and inspired by their ingenuity, techniques and innovative spirit, he and three friends decided to enter the 2019 competition together.

Anaëlle Huet comes from the Haute-Normandie region and passed her baccalauréat scientifique in 2013, taking German as an additional optional subject during her 3 years of college in Évreux, in the Eure département. She then went on to earn a Bachelors in Ecology and Biodiversity from the University of Montreal in Quebec, where she remained for 2 years. In 2015, she joined Agrocampus Ouest and specialised in the final year of her course in the “Regional, Site and Landscaping Project” with the aim of obtaining her diploma in Landscape Engineering in 2019. Being a candidate in the Chaumont-sur-Loire International Garden Festival is a unique opportunity for her to put the knowledge that she has acquired over the course of her years studying landscape design into practice.

Quentin Huillet was born in Grasse in the Alpes-Maritimes département. He remained there until the age of 18 and followed a general curriculum at the international college in Valbonne. After obtaining his baccalauréat scientifique avec mention Très Bien (with distinction), he moved to Angers to study landscaping at Agrocampus Ouest, a higher education institution specialising in Horticulture and Landscape Engineering. His 5-year course has enabled him to blossom and open himself up to the plant world, the nerve centre of landscape projects. He chose the specialism “Landscape: Operationality and Project” in order to put the finishing touches to his engineering skills, which are required for drawing up technical documents, ensuring a project’s viability. The Chaumont-sur-Loire International Garden Festival thus marks the culmination of this complete academic career.

Léo Petitdidier comes from south-east France where he received the majority of his education. In 2014, he obtained his baccalauréat scientifique avec mention Bien with English as an additional optional subject. The desire to create and design spaces, as well as his taste for nature, led him to the landscape sector. He joined Agrocampus Ouest in Angers, with the aim of obtaining a degree in Landscape Engineering. As part of this course, he has carried out several internships in France and abroad that have enabled him to broaden his knowledge and skills in the field.