Every summer, landscapes and the life they harbour are reduced to ashes. Such was the case in Marseille last summer, for example.

Fortunately, nature possesses a remarkable gift of resilience, making it capable of regaining a dynamic state of balance even after having suffered the worst external attacks. After a fire, the seeds are still there, patiently awaiting the right time to sprout. One fine day, spring returns and the power of flowers brings life back once more, raised from its ashes. Little by little, bindweed, mullein, poppy, blueweed, thistle, charlock and many other ruderal and pioneer plants write themselves onto the black page of a landscape of burnt woodland. Time passes and the flowers delicately cover over past disasters with their colours, and nature comes into her own once more.

This garden is a pared-down evocation of this cycle. At the crossroads of three disciplines, the result is a sculpted, architectured micro-landscape of wood and earth that germinating flowers will fill as nature dictates. The scene showcases the power of flowers, which breathe life back into landscapes in ashes, and so illustrates the endless cycle of death and life, flowerings upon flowerings, year upon year. It brings a message of peace and hope in the face of aggression and aggressors. In the face of death and desolation, life reclaims and will always reclaim its rights and freedoms. 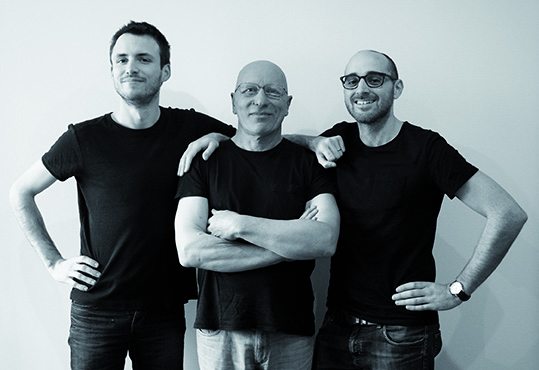 Pierre Boissenin is a young French architect, born in Besançon in 1988. During his childhood, he spent whole days building treehouses in the forests of Doubs. As a teenager, he hesitated between making a career as an architect or as a landscaper. It was while he was studying to be an architect at the Strasbourg National Institute of Applied Sciences and the University of Trondheim in Norway that he became aware of his attraction to wood, that poetic material, direct derivative of the living world, warm, enveloping, structural and ecological. After spending several years as a member of multidisciplinary teams working on large-scale projects in France and Switzerland, he has finally turned to a future shaped by wood. He hopes to develop and implement evolutive modes of living in a close relationship with nature and the constructions that surround us. When we live near trees, we live happily…

Richard Stobienia is a French sculptor. He was born in the Paris region in 1957 and spent his childhood working with wood in the family cabinetmaking business. In his teenage years he developed a passion for sculpture, practising on a variety of materials. After spending time at the Paris School of Fine Arts, he trained with the Compagnons, carrying out his “Tour of France” and becoming an artisan stone-cutter and sculptor. He has devoted several years of his life to passing on his knowhow to the younger generation. His all-consuming passion for sculpture has led him to experiment and work with a wide range of materials, including clay, wood, stone and metal. His creations generally take some aspect of nature as their theme – an inexhaustible source of inspiration. He is looking to widen his creative field by producing monumental sculptures that provide a fresh way of perceiving our everyday environment. In his eyes, craftspeople are artists of everyday life, who transform matter while transforming themselves.

Nicolas Orgelet is a landscaper, a graduate of the Blois School, who defines himself as a gardener and draughtsman. He has gathered a wealth of experience at various agencies, nature reserves and remarkable gardens in France, Ecuador, Ethiopia, Ireland and Romania, enriching his practice with specialised knowledge and a wide-reaching vision of the world. Above all, he likes the experimental aspect of his craft, the side combining the artistic with the technical, from design to creation. He has chosen to vary his approaches so as to keep on learning and stay attentive to the unique characteristics of people and places, which is why he develops a specific method for each project, including walks in order to sharpen his awareness of the issues involved in spatial planning, creation of models, radio recordings and participative workshops. He is interested in education, is committed to ecology and very much appreciates opportunities to carry out collaborative projects.