A dreary monsoon makes its way from the world’s most coveted metropolis and caresses a farm girl’s sunburnt face. The wind of globalisation breathes the most sophisticated melody of uninspired arts into her body. The strange conversation of a ballerina and a farm girl takes place in the Levant Garden’s peaceful setting.

Spatial characteristics inspired by Zoroastrian elements – earth, water, sky and plants – are rearranged into agricultural patterns similar to those conditioning the daily routine of women working in the green monotony of their fields. Their scattered cries of frustration and their aspirations are reincarnated here in the form of jasmine flowers. In recent collective memory, these little white flowers have come to symbolise a people’s revolution that swept the Arab world and whose repercussions continue to be felt across the whole planet. In a more distant past, it left its mark on the world through the cultivation of tea: nature’s little diplomats, the perfumed leaves of the jasmine plant delivered scent and savour from East to West.

Waterlilies, lotuses and thalia grow ever higher, directing visitors’ gaze skywards. The garden undergoes a step-by-step transformation, from an impressive collection of jasmine in the foreground to a shimmering tableau of aquatic plants in the background, where the mind’s disquiet is soothed away in contemplation of the power of flowers. 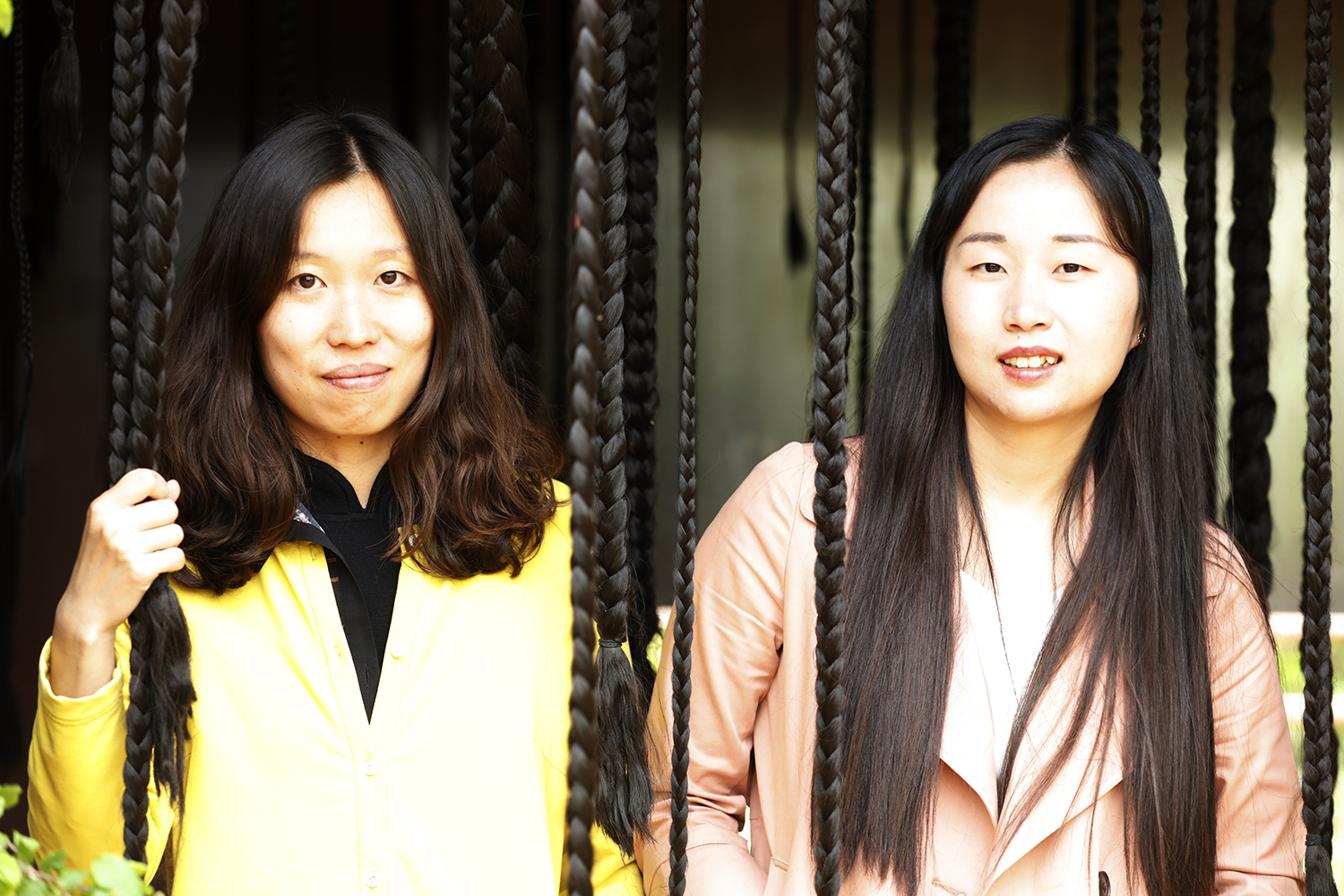 Tian Tian and her artistic intuition came of age in a provincial city of China. The art education she received as a child was rigorous but somewhat dogmatic. At university she studied architecture design in line with the Chinese academic tradition. She came to discover a new world when she spent six years in France as a landscape architecture student. The four years at the National School of Landscape Architecture in Versailles (where she became certified Pagisagiste DPLG) not only definitively shaped her professional identity as a practicing designer, it also opened a window into the wider world for her. Now six years back in her home country and two children later, she has met many challenges faced by career women today. It is these visceral and life-changing experiences that keep inspiring Tian's design.

At college in Pennsylvania, Wang Di's facetious youth was punctuated by bouts of creativity. She spent much of her time in architecture studio and theater workshop. Design was her passion, but her eloquence swayed her towards a writerly career. When she was a literature and history graduate student in Saint Louis, she became a regular contributor for Al Jazeera (America) news network where she found her political voice. Di's episodic encounters with France were fortuitous: when she was nine, her inchoate artworks were sold in Bretagne at a cultural exchange exhibit; introduced by her college professor, she interned at a Parisian architecture firm eight years ago; now invited by Tian Tian, she is honored to stage her feminist art debut in Chaumont-sur-Loire. It seems that her artistic aspiration is inextricably attached to this endlessly romantic land.