Inspired by a traditional Native American tale, Le Cinquième Rêve transports visitors into an imaginary future where all human beings live inside whales' stomachs. The Earth is covered in water, with only the One Ocean taking up the entire surface. Homes have become giant whales, invisible islands, mountains of music. Indoor gardens are shelters, habitats that exist in symbiosis with the animal. On the constant move through the One Ocean, the humans eat what they grow, heal themselves using medicinal plants, speak whale language and communicate to everyone else using a megaphone.

This utopian future harks back to a Native American myth that tells of the creation and metamorphosis of the world in a series of dreams. The Nothingness dreams of light, which dreams of transparency, which dreams of pebbles and crystals, which dreams of flowers and trees, which dreams of earthworms and whales, which dream of being human. We are the fifth dream. This is arranged into three different places: the Tides, the Dreams and the Stomach. Foam, waves and rocking movements form the Tides. This is the outside, the whole world filled with water. In this gold and blue dappled ocean live the Dreams. These are the clouds, the shoals of fish, volatile beings or a range of imaginary hills all at once. At the very centre, breathes the Stomach. This is organic, living and inhabited by human beings. It is a warm refuge where the medicinal, crop and ornamental plants that its occupants need in their day-to-day lives grow side by side.

This garden is a fantasy story on the fate of our world, on its way to the sixth dream. It weaves together both the traditional mythology of a civilisation, an alarm bell on our consumer lifestyles today and an ecological future based on new objectives and recovery. Le Cinquième Rêve is the world's sequel. A utopian, musical and luminous future imagined by a whale in dreamland. Busy dreaming us up. 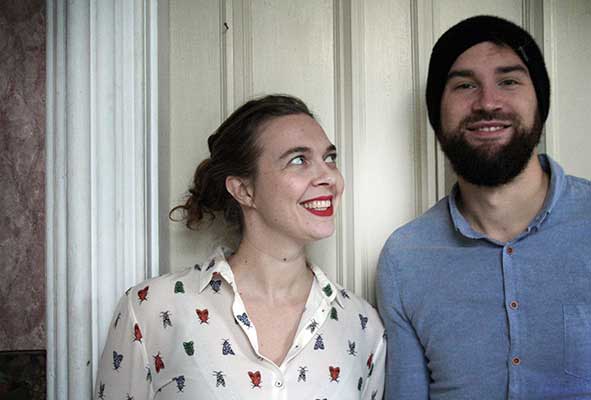 Inspired by plants and their full range of personalities, Karyna St-Pierre sees them as a poetic material. There is as much poetry behind the sublime great outdoors as there is in the native plant taking root in the crack of a pavement. Having studied landscape architecture at the University of Montreal, visual arts with a focus on creation at the University of Quebec in Montreal, and presentation design at the Cégep in Old Montreal, she has gained varied experience in outdoor space layout in different contexts: parks, schools, residential plots and vegetable lots are all places she has designed or taken over in a stylish, fun and friendly way. In her artistic creations, collages represent a technique that allows her ideas to come to life. As a landscape architect and florist, she is always on the look-out for new creative, green and multicoloured projects.

Pierre-Yves Diehl is an interior designer and illustrator. He graduated from the University of Strasbourg in 2008 in visual arts and interior architecture. Training in the visual arts very early on, he has been working for eight years already with designers, architects, artists, landscapers, poets and graphic designers. His multidisciplinary experiences have led him to oversee a range of architectural projects, from their virtual design right through to their physical implementation, via a key stage entailing considering the space in question, its constraints and its user: us. Aware that there are infinite connections between the different artistic media, he likes to mix materials, combine eras, weave in different colours, reveal the extraordinary in the humdrum everyday and design spaces like toys, projects like cooking recipes and illustrations like snapshots of life. Creating is a bit like knitting and dressing an idea.