le bois des chambres
Ticketing
The jury’s garden ? Whatever possessed this year’s jurors to do such a thing?
Stars, of course – the ones that shine in the eyes of its President, the great chef Alain Passard, whenever he speaks of his garden of delightful deliria, an Eden of flowers and flavours, abuzz with life, surprises and sensations. That’s where the idea came from, from those invisible strings that guide cooks in their creation of symphonies of flavours. At Chaumont, they are blue – “cordons bleu” – upon which dance all the many utensils that have ever made us want to try our hand in the kitchen, like so many charms on a bracelet, all of them connecting the hand extended by the garden’s tree to a giant plate of mixed vegetables, a “Jardinière Arlequin”, set between water and earth, in which grow all the ingredients required for this summer recipe. Multi-coloured leaves, roots and flowers flourish there in abundance, titillating visitors’ senses, while, day after day, cucurbits roll up around these links that make the great kitchen a delightful experience – and a delirious one too. 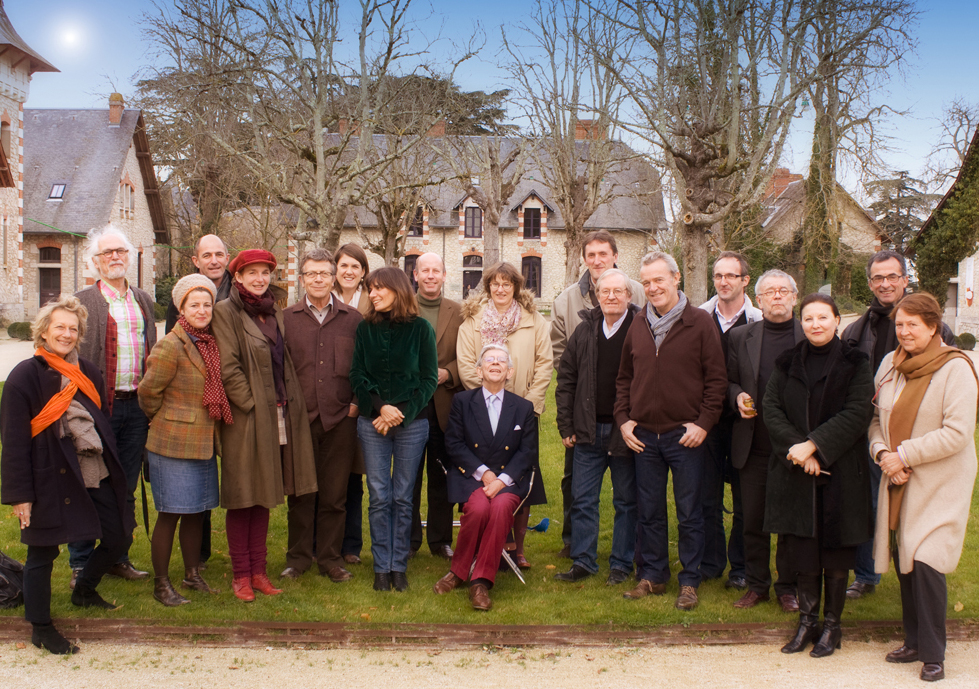