The human identity and personal satisfaction depend on our relationship with environment. Humans’ need for nature is linked not just to the material exploitation of the environment but also to the influence of the natural world on our emotional, cognitive, aestetich and spiritual development.

Biophilia Hypotesis (Wilson 1984) asserts the existence of a fundamental, genetically based human need and propensity to affiliate with other living organisms.

The relationship between man and the natural environment during the last century has been increasingly degrading, this is evident in diffused individual and social malaise.

The garden LA REVÊRIE dans la NATURE is a nature trip of re-flection and of re-connection with the natural system through specific steps and settings that represent the old and historical relationships and practices between man and nature.

The climax of the experience is at the end of our garden, where Nature is represented in her maximum expression: WILDERNESS

Man experiments a mutualistic relationship with nature and other creatures such insects and birds and feels as an unicuum with the natural environment.

Contemporary society gives to beauty an aesthetic value, the ancients Greeks refer to beauty as emotion and feeling. That what our garden wants to express and communicate to visitors. Man can discover new emotions thanks to nature: biodiversity means beauty.

Man is in nature and acts inside it with sustainability principles setting a rain garden for the collection of rain water and a flowerbed dedicated to pioneer plants and their germination.

Plants and natural elements are selected to create a setting more similar to the natural landscape in terms of species, colours and respect the natural stratification of vegetation. In the rain garden the intent is so recreate an atmosphere typical of dump habitats. Here prevalent colours are green, white and blue, they remind water and stimulate relax. 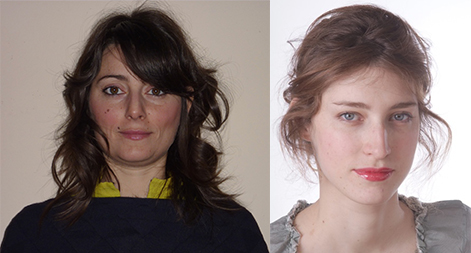 Francesca Fornasari was born in Milano in 1980, Italy. She studied architecture at the Politecnico di Milano. She graduated in 2005 with a thesis on funeral matter: a memory garden for ashes dispersion, the focus was to shape a modern way of rituality associated with a relative spiritual space. In 2007 she obtained a study grant from the Milano council administration on therapeutic gardens and presented a project for a garden in a psychiatric hospital, near Lodi (MI); while in 2008 she attented a specialization course on healing gardens at Università di Agraria of Milano. From 2006 to 2009 she worked as assistant at Politecnico di Milano, with Professor M.Vogliazzo and with E.Turetti for landscape planning courses, this collaboration permitted her to continue in her research and vocational training. In April 2009 she won Orticola(an important association who annually organizes flower fair) competition: “un giardino da due soldi” (“two penny garden”)and realized the garden inside the exhibition, at Giardini pubblici of Milano. Her creative side grew up thanks to a precious collaboration with an art gallery of Milano, Galleria Toselli, from 2004; there she held her first solo show in 2006, in the meanwhile she participated as an artist at many group exhibitions in Italy, in Europe(Wien-2005, Arc en Senans-2005) and U.S(Detroit-2006, Miami-2009). From 2008 She contributes as freelance editor with an important web magazine  www.style.it, for design section. She works in Milano as a freelance garden designer and architect and also collaborates with a landscape office.
Elisabetta Fermani was born in Macerata in 1975, Italy. Graduated in Agronomic sciences at the Agriculture Faculty of the Università degli Studi di Milano, she works in the field of planning of gardens and of landscapes, both in public and private administrations   planning green areas on different reference scales. She is particularly interested in Therapeutic Landascape; since the time of University, when she developed a planning method for green areas dedicated to children, she’s been occupied in the Ecotherapy research and in the promotion of healing gardens planning for psychophysical rehabilitation. In October 2009 and in September 2006,  she participated as lecturer at Ecotherapy courses organized, under the sponsorship of  the Università degli Studi di Genova, by PN Studio, a landscape planning office, and Eupsichia an association of psychologists.. Occasionally, she collaborates also with Dipartimento di Ingegneria of Agriculture Faculty of Milan in healing gardens plans. She started plannig following the principles of Permaculture, an approach to designing human settlements and perennial agricultural systems that mimics the relationships found in natural ecologies. In love with nature and children fairytale world she works as naturalistic illustrator and collaborates with publishing houses of art and gardening magazines.