Ticketing
Manfred Menz uses a digital camera to photograph famous landmarks in Europe, Asia and the United States. He then reworks them, removing the architecture of the places. So, the all you can then see of these architectural landmarks are the well-maintained gardens and the carefully aligned rows of trees and topiaries, which are their decorative elements. The buildings have been replaced by the bright white of photographic paper, thus creating an interesting turn around in terms of positive and negative space. The points of reference of a traditional representation are turned upside down. The landmark is no longer the main subject, it disappears in favour of the natural surroundings. By placing nature in the foreground, Manfred Menz obliges the onlooker to contemplate its reality, playing on the confusion between the natural and the artificial.
Manfred Menz presents the landscape not so much as an aesthetic exercise, but rather as a philosophy which has an active role in building social reality. 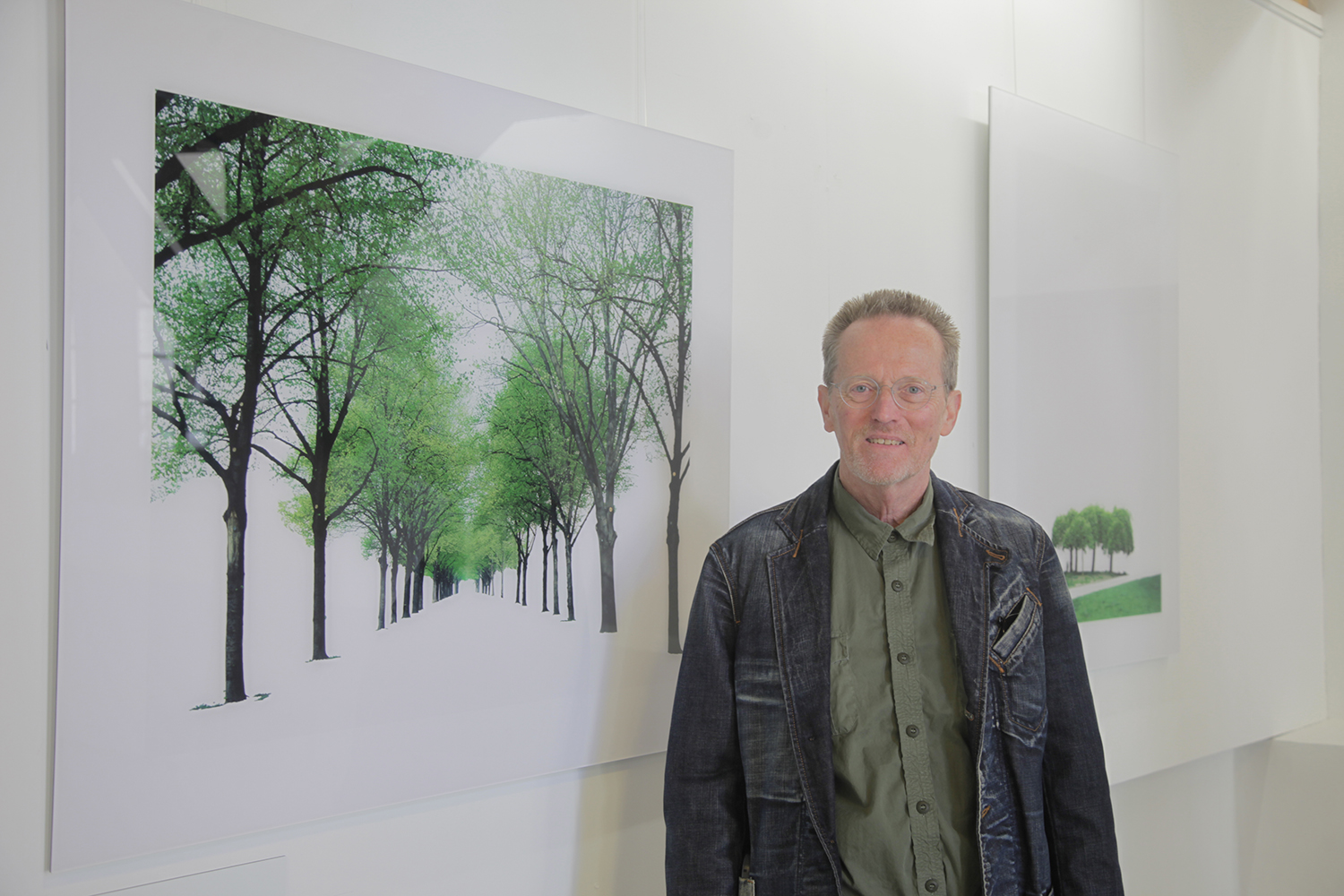 He was born in Essen in Germany and lives and works in Los Angeles in the United States.
He has been exhibiting his photographs since 1978, mainly in California. In 2006, he was involved in the collective exhibition Art Healing at the Tan Tock Feng Hospital in Singapore. In 2007, he presented his series of photographs Invisible Project at the Seomi and Tuus Gallery in Seoul, South Korea.
He is represented by the Andrew Shire Gallery (Los Angeles and Singapore).