Ticketing
Hanns Zischler cuts a quite unique figure in German and European cultural life. Publisher, writer and major actor (he has acted in over 170 films), he is also a remarkable photographer, particularly inspired by the wonders of nature. Combining an old-fashioned photographic technique, the pinhole, with the most cutting-edge digital techniques, Hanns Zischler explores all the poetic virtualities of light and brings forth the tremulous, deep vibration of a landscape, blending the spells of the visible and the invisible in the same picture.
“Hanns Zischler, long fascinated by the prehistory and beginnings of photography, has taken the pinhole and, via colour, turned it into the instrument of a form of exploration which, on the one hand, is condensed into this magical simplicity and, on the other, glorifies the unique features of this type of image. The point, through these images, is to fully reveal the action and power of light – with colour playing a considerable role in this respect for, if, from one point of view, the visions we are thus presented with of the world evoke the possibility of a continued origin (as if the past or the memory of photography were naturally resurfacing) from the other, they seem to be violently bathed in the water of an evident modernity. Between this black and white memory and this revelation in colour, the entire history of photographic sensitivity is dilated so to speak.
The most troubling characteristic of the images captured by the pinhole technique might be immediately perceptible, but it is very difficult to define. The impression they give – much more than that of a blurred image – is that of a fleeting, unfinished state of the image: standing before such images, we feel like we are looking at images that are still coming about, in the making. As if the “blur” (bewegt) were inside the light, and the light were surprised by its own result before our very eyes. With the colour, this surprise, in Zischler’s images, resembles a liveliness which would, at the same time and already, be a departure: at its most bright, the colour seems already to be fading, going away.” Jean-Christophe Bailly in Nach der Natur - camera obscura, Kehrer Verlag, 2013. 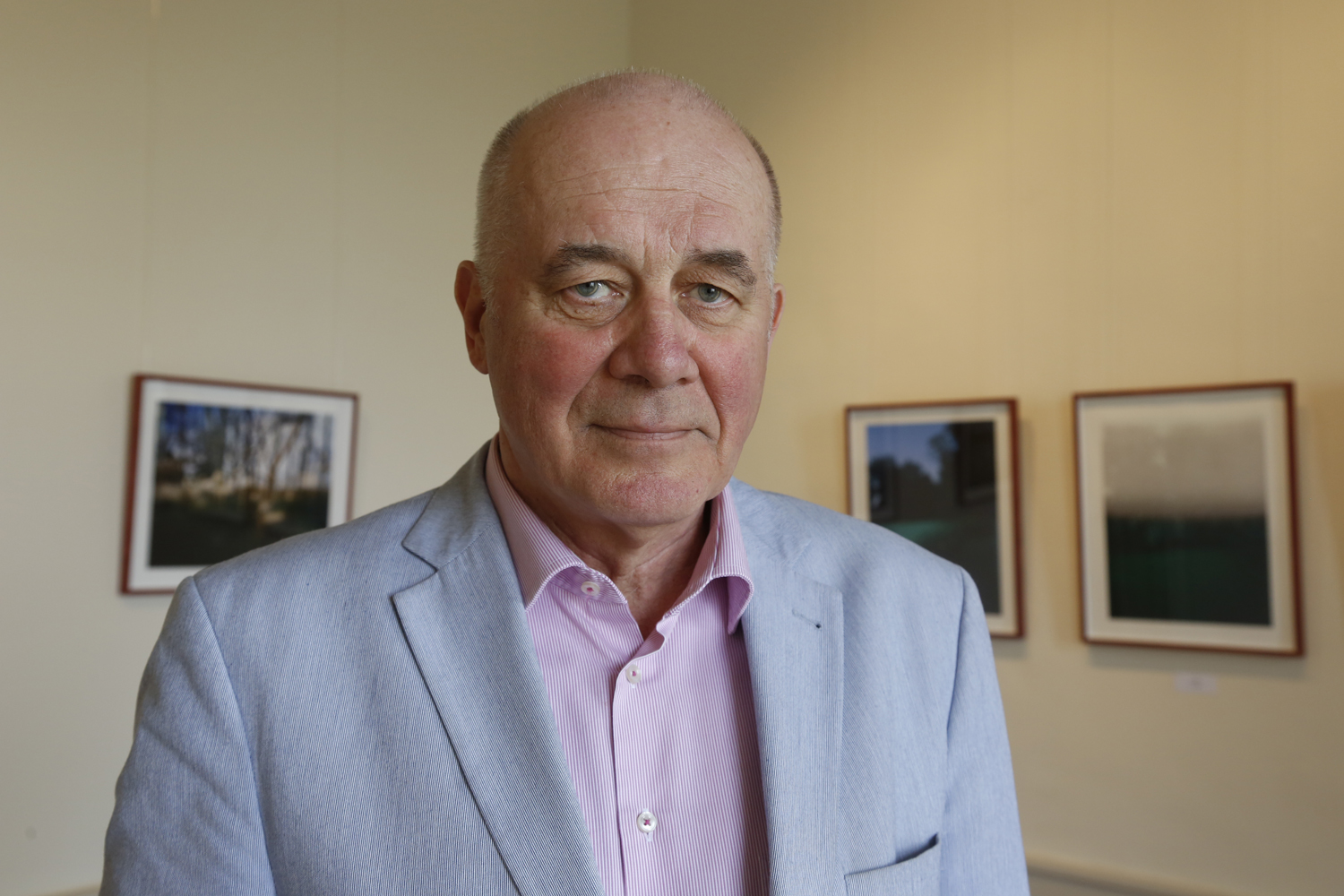 Born in Nuremberg in 1947, Hanns Zischler is best known as a film actor. He has acted in films by Wim Wenders, Peter Handke, Jean-Luc Godard, Claude Chabrol, Liliana Cavani, Istvan Szabo and Steven Spielberg as well as a number of TV series and films. After studying philosophy, ethnology and German literature in Munich and Berlin, he worked as a playwright at the “Schaubühne” in Berlin between 1972 and 1975. In 1986, he partnered up with Jeanne Moreau in Die Erzählung der Magd Zerline (Zerline’s Tale) by Hermann Broch, directed by Klaus Michael Grüber at the Théâtre des Bouffes du Nord.
He is also a translator (of Jacques Derrida among others), publisher (Alpheus Verlag), essayist and writer : Visas d’un jour  (Christian Bourgois, 1994), Kafka va au cinéma (Cahiers du Cinéma, 1996), I wouldn’t start from here – verzettelte Geschichten (marbacher-magazin, 2008). In 2013 his essay-book Berlin ist zu groß für Berlin  (Berlin is too big for Berlin) was released by Galiani.
He took up photography professionally in 1970 and for the past fifteen or so years he has preferred to use a Rigby pinhole camera.