Dale Chihuly’s artwork is included in over two hundred museum collections across the world. After exhibiting his works in some of the greatest British and American gardens, the artist is pleased to present his magnificent “Blue Crystals” at Chaumont-sur-Loire.

Blue Polyvitro Crystals demonstrates Chihuly’s innovative approach to materials. The core of the installation stands over ten-feet-tall and is composed of 13 translucent blue Polyvitro crystals and steel, with nine additional crystals floating in the surrounding pond. Polyvitro is the artist’s term for a plastic material which he casts into individual crystals resembling glass cullet. Some of Chihuly’s earliest experiments with the material—which is lighter, allowing the artist to work with this form on a large scale—were presented during his landmark exhibition, Chihuly in the Light of Jerusalem 2000. 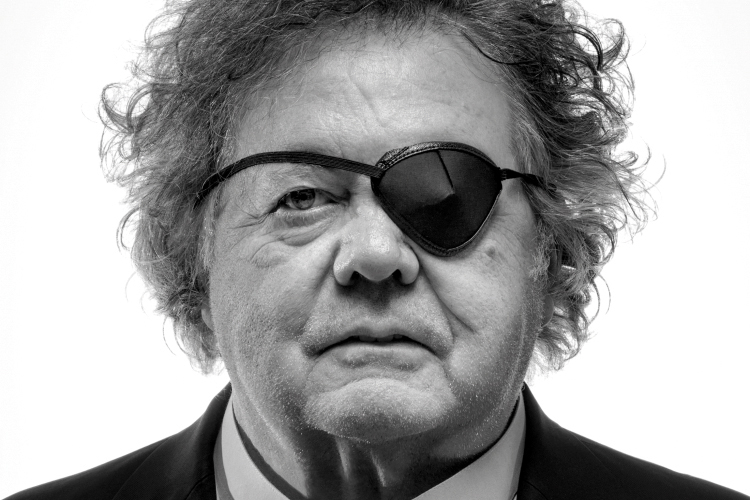 Born in 1941 in Tacoma, Washington, Dale Chihuly first became interested in glass while studying interior design at the University of Washington. After graduating in 1965, Dale Chihuly took the first glass programme to be set up in the United States at the University of Wisconsin. He continued his studies at the Rhode Island School of Design (RISD), where he went on to set up the first glass programme and taught for more than a decade.

In 1968, after winning the Fulbright Scholarship, he headed to Venice to study glass techniques at the Venini factory. There, he watched the way the Italians blew glass, and this had a considerable impact on his work. In 1971, Dale Chihuly co-founded the Pilchuck Glass School in Washington State. Thanks to this international glass centre, he became a leading light in the development of artistic glass design.

His work is included in more than 200 museum collections worldwide. He has been the recipient of many awards, including two fellowships from the National Endowment for the Arts and twelve honorary doctorates.

Dale Chihuly has designed more than a dozen widely renowned series, including Cylinders and Baskets in the 1970s, Seaforms, Macchia, Venetians and Persians in the 1980s, Niijima Floats and Chandeliers in the 1990s and Fiori in the 2000s. He has also produced large architectural installations. In 1986, his work was paid tribute during the solo exhibition Dale Chihuly objets de verre which he presented at the Musée des Arts Décoratifs in Paris. In 1995, for the exhibition Chihuly Over Venice, he created sculptures at glass factories in Finland, Ireland, and Mexico, then installed them over the canals and piazzas of Venice.

In 1999, he presented Chihuly in the Light of Jerusalem, and over a million visitors flocked to the Tower of David Museum to see his installations. In 2001, the Victoria and Albert Museum in London curated an exhibition entitled Chihuly at the V&A. Chihuly’s lifelong fascination for glasshouses has been nurtured through a series of exhibitions within botanical settings. His Garden Cycle began in 2001 at Garfield Park Conservatory in Chicago. Dale Chihuly exhibited at the Royal Botanic Gardens, Kew, near London, in 2005. Other major exhibition venues include the de Young Museum in San Francisco in 2008, the Museum of Fine Arts, Boston in 2011 and the Montreal Museum of Fine Arts in 2013, the Royal Ontario Museum, Toronto, in 2016 and the Crystal Bridges Museum of American Art, Bentonville, Arkansas, in 2017. A long-term exhibition opened at Seattle Center in 2012, entitled Chihuly Garden and Glass.