Ticketing
This garden is designed to immerse its visitors in the universal mechanism of thought, attempting to transcribe the mysterious workings of reflection. Associating itself with the vast network of connections in our brains, it makes use of an interplay of plant life reaching for the sky in order to represent divagation, that moment when thought takes flight and seems to break through all barriers.
As if they were venturing inside some other individual’s head, visitors make their way through a tunnel that focuses their attention on a central sphere set at its far end. Once they reach this central area, they are immersed in a constellation of elements suspended in the air, symbolising the memories, ideas and emotions that race through our minds.
And this is where diffuse thought makes its appearance, vagabond and ungraspable, the inspiration of poets. Like Arthur Rimbaud’s The Drunken Boat, which takes its author into the deepest and most unsuspected landscapes of his soul, this garden seems to defy weight and accompany its visitors on a cerebral “letting go”. 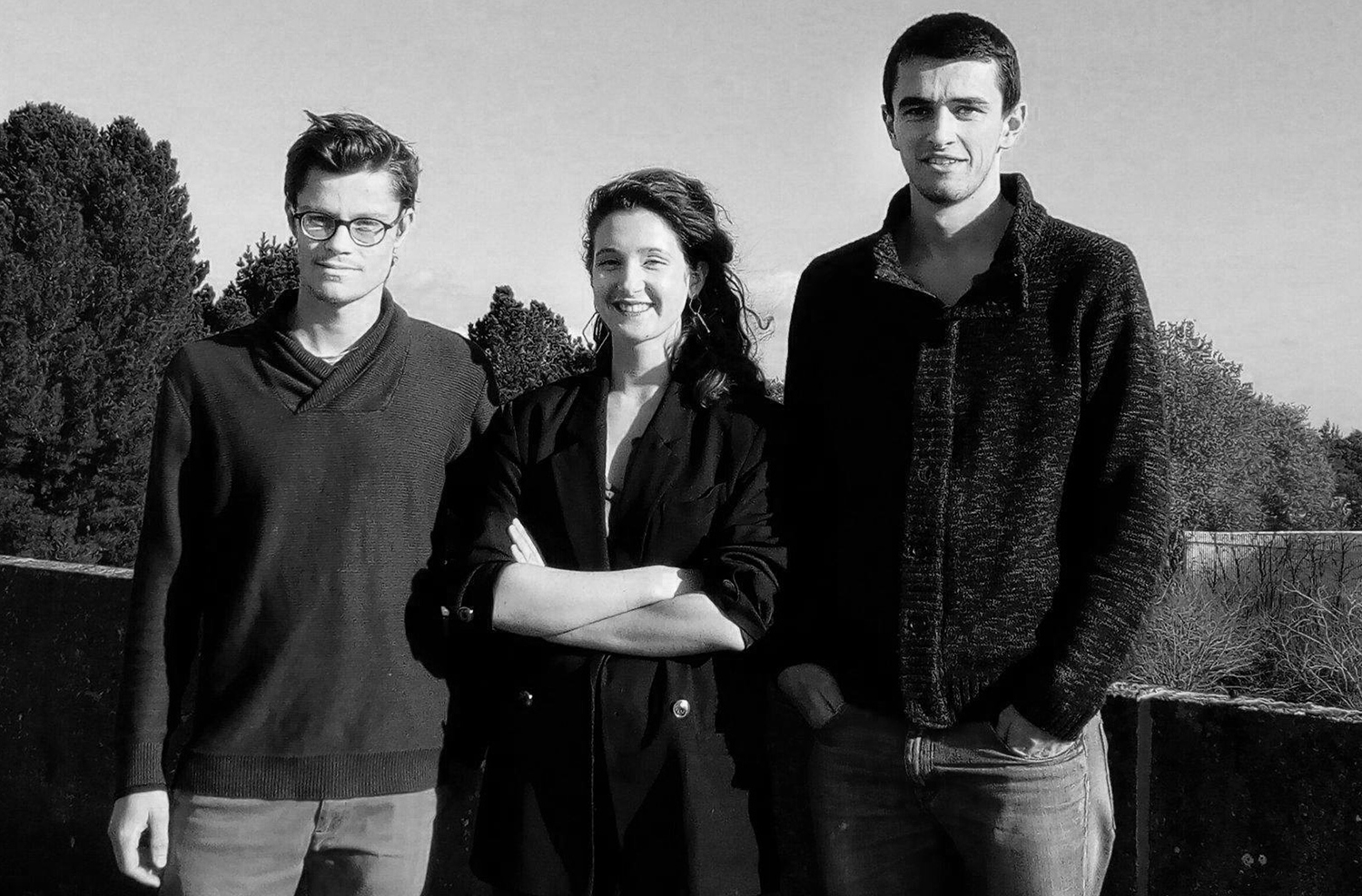 While still a child, Rémi Pernet-Mugnier was lucky enough to spend six months travelling in Australia and New Zealand with his family. During this unique experience, a far cry from his native Haute-Savoie, he developed an interest in plants and botanical gardens and an awareness of the landscape that surrounded him. Later on, these budding sensibilities led him to enrol in an agricultural lycée, a choice that was to prove well justified, where he is currently in his 5th year, specialising in “Landscape: Operational Capability and Project”. He has, of course, got to know the Loire Valley and discovered the Chaumont-sur-Loire International Garden Festival, a current source of inspiration. After being given the opportunity to study for a second landscaping qualification in Germany and before completing his studies, he was determined to take part in the Festival along with some of his friends, an adventure marking his transition from student to professional life.

Born in Brittany and with a real love for her native region, Charlotte Macé has always been very much aware of its widely diverse landscapes. Growing up in Versailles, she developed a taste for art and heritage at an early age. After passing a science baccalaureate, she enrolled at the Estienne School of Graphic Arts and Industries (ESAIG) in Paris for a year’s “Refresher Course in Applied Arts”. With this experience under her belt, she decided to continue her studies in the field of landscape, combining creativity with a scientific approach to which she also felt committed. In 2013, she enrolled at Agrocampus Ouest (INHP) landscape engineering school. She is now in her 5th year there, specialising in “Landscape: Operational Capability and Project”, and is taking part in the 2018 edition of the Chaumont-sur-Loire International Garden Festival with two friends, adding her boundless enthusiasm and a wealth of ideas to the mix. The project provides her with an opportunity to give free rein to her imagination during the design stage, and constitutes a challenge to be taken up as much as a final achievement.

Tanguy Sorre was born in Saint-Malo and introduced to the world of landscape at an early age, thanks to his landscaper father. As he was growing up, his curiosity about and interest in architecture also developed. After passing a science baccalaureate, he asked himself how he was going to set about combining his two interests, and finally decided to enrol at the Agrocampus Ouest (INHP) landscape engineering school in Angers. The institution’s “Landscape: Operational Capability and Project” specialisation enables him to monitor and implement projects from initial design to completion, as have the various placements he has carried out in the course of his training. Internships in a design office as well as in a landscape firm have kept him versatile and able to adapt to each and every stage of a project. The opportunity provided by the Chaumont-sur-Loire International Garden Festival to apply his skills in practice is a genuine challenge that could not be more concrete. For him, pitting himself against seasoned international professionals is a test he is determined to pass with flying colours. Sharing the adventure with two of his friends is an experience that can only enrich his undoubted interest in gardens and landscape.