le bois des chambres
Ticketing
“…And on reaching the light, would he not find his eyes so dazzled by the glare as to be incapable of making out so much as one of the objects that are now called true?” Plato, The Republic, Book VII.
Seeing, imagining, initially succumbing to its charms and then taking a closer look, discovering and understanding. That’s what this garden offers visitors, with variations on the themes treated in Plato’s Allegory of the Cave. The enclosed garden, or hortus conclusus, encourages visitors to give way to reflection as they make their way through it.
Before entering the enclosure, they are first of all led to believe in the idea of nature by means of a series of sheer curtains screening the garden from sight but allowing them glimpses of its fanciful vegetation, brought to life by an intriguing composition of brightly coloured swaying feathers.
They make their way alongside the screen, starting to make out the shadows of grasses, moving like shadow puppets. Then, as they turn a corner, the curtains switch roles and they find themselves in the midst of the enclosed space. Seated safe from the summer heat and bad weather, they come to understand the space in which they evolve. An asymmetrical cloister. What was at first hidden is now accessible. 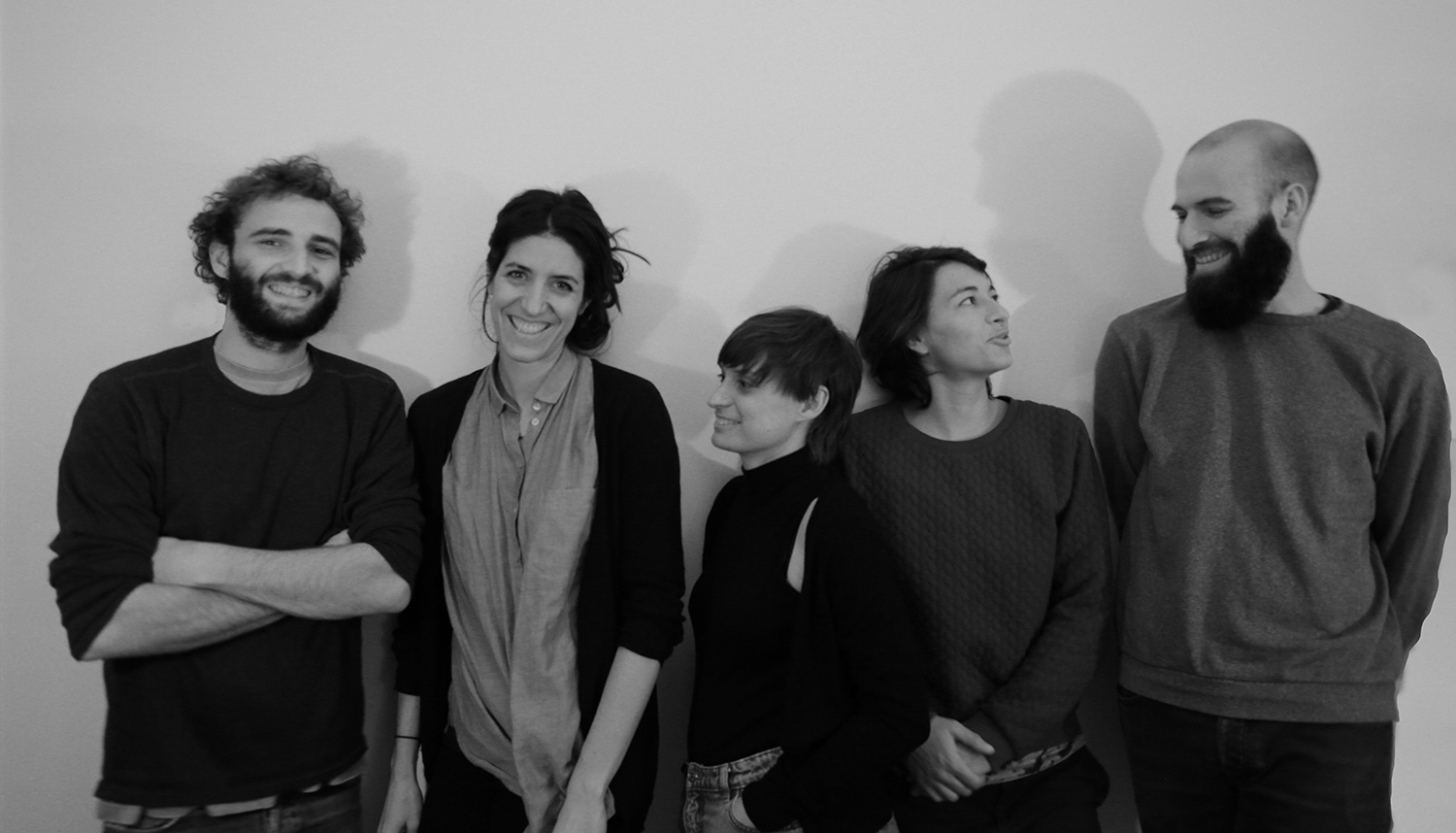 Lucie Garzon graduated from the Versailles School of Architecture, spending a year of her course at Rio de Janeiro’s Faculty of Architecture and Urban Planning. She started out by working on projects for Taillandier Architectes Associés in Toulouse, before setting off to Bogota to work with Taller Rizomas Arquitectura y Paysaje. Back in Paris, she added a year at Versailles’ School of Landscape to her CV, confirming a unique awareness in her professional practice that guides her personal reflections, and her ongoing need to work the land.

Fanny Costecalde started off her student days at Toulouse’s School of Architecture. She then spent an exchange year in Lima and went on to graduate from Paris-Belleville National School of Architecture. With her degree in her pocket, she joined Pierre-Louis Falcon’s agency, where she worked as project manager on urban and public-facility operations. Alongside her professional activities, she joined the 48°N collective and then created Autenta, an architectural workshop focusing on design of private commissions and art installations. She is a contract teacher of the “Theory and practice of architectural and urban design” at first-year project workshops at the Paris-Belleville school.

After obtaining a qualification as architectural assistant, Guillaume Wittmann continued his studies at Strasbourg’s School of Architecture. Once he had graduated, he joined the Dominique Coulon & Associés agency, where he worked as manager of public facility projects, overseeing them from bid to delivery. As he is drawn to working directly with materials, he intersperses his professional activities with small-scale personal projects that he carries out under his own steam.

Marion Hawecker started out as a student of applied arts and continued her training at Strasbourg’s School of Architecture. After she graduated, she worked with the Architectes & Associés agency in Strasbourg as project manager, overseeing public facility programmes from design to completion. In parallel, she continued to try out various graphic depiction techniques and developed an interest in arts and crafts, finally settling on feathers as her means of expression. She set off to Paris to take a sandwich course in feather work at Maison d’Art Lemarié. She continues to perfect her knowledge of the plumassier’s art at the same craft house.

Antoine Eschlimann began by studying civil engineering. He went on to enrol in Nancy’s School of Architecture, from which he graduated, and joined the Richter Architectes & Associés agency in Strasbourg, where he ended up as project manager. Following this experience, his interest in craftsmanship, woodwork in particular, led him to train as a cabinetmaker at École Boulle in Paris. He is currently complementing the skills he learned there by taking a sandwich course in a cabinetmaking workshop.