le bois des chambres
Ticketing
“The place people bump, the place we cross ideas. Ethical crossroad. Exploit or preserve places, cultures. Crossroad of destinies, way-changing events, accidents.
Make a garden is a way to think about color, smells, seasonality, relationship of living, space time, but, beyond everything, a place, to stay, to move using this main concept, of a place to be, and the unexpected situation that we were inside of a flower plan we decide to use the flower organs stamen and style to be represented by some volumes creating aisles to conduct the people’s circulation, as we already have it on the stems of the Chaumont planning.
Controlling the way we circulate, it’s a classic theme on gardens, a representation of our lives’ control by seasonality, also by politics and economic power.  Debating about the Gardens for the future, we could not escape of thinking about the sustainability beyond contamination, and global warming we all need food and food come from the vegetables.
Talking about the future of earth over explored by humans, in a moment that every one cares about the heath of the planet we decide to go back millions of years, when most of the land was together, the Pangaea, to remind how human scale is minimal in a geological time and also on this way we could represent the whole land in one side of the disc. This metal disc would represent the power of a coin, that would became the style, the stigma, the star, while sugar cane volume would represent the stamens, architectural volumes generating the aisles and crossroads.
The sugar cane was the first global capitalism production, huge plantations had been developed in the new continent America trough slavery economy to bring energy and sweetness to the growing European civilization, this economy did not mind for many years the social and natural ecological drama that it would be representing to slave people and the monoculture over the land.Now from the sap of sugar cane human culture can produce the ethanol, another kind of energy for machines, as the planet is running out of oil and the carbon contamination generate by the burn of it, ethanol would be a “green” solution but if we produce ethanol we have no land space to produce food.
From the sugar cane’s sap, we can produce the cane juice, sugar, rum, cachaça, alcohol, ethanol; it’s our time, our decision.
Sugar cane plantations don’t represent just it self, but in the contemporary world it represents gigantic plantations of soya bean, pasture for cows, mass production for a over populated society, our time, our choice our crossroads.” Ernesto & Daisy 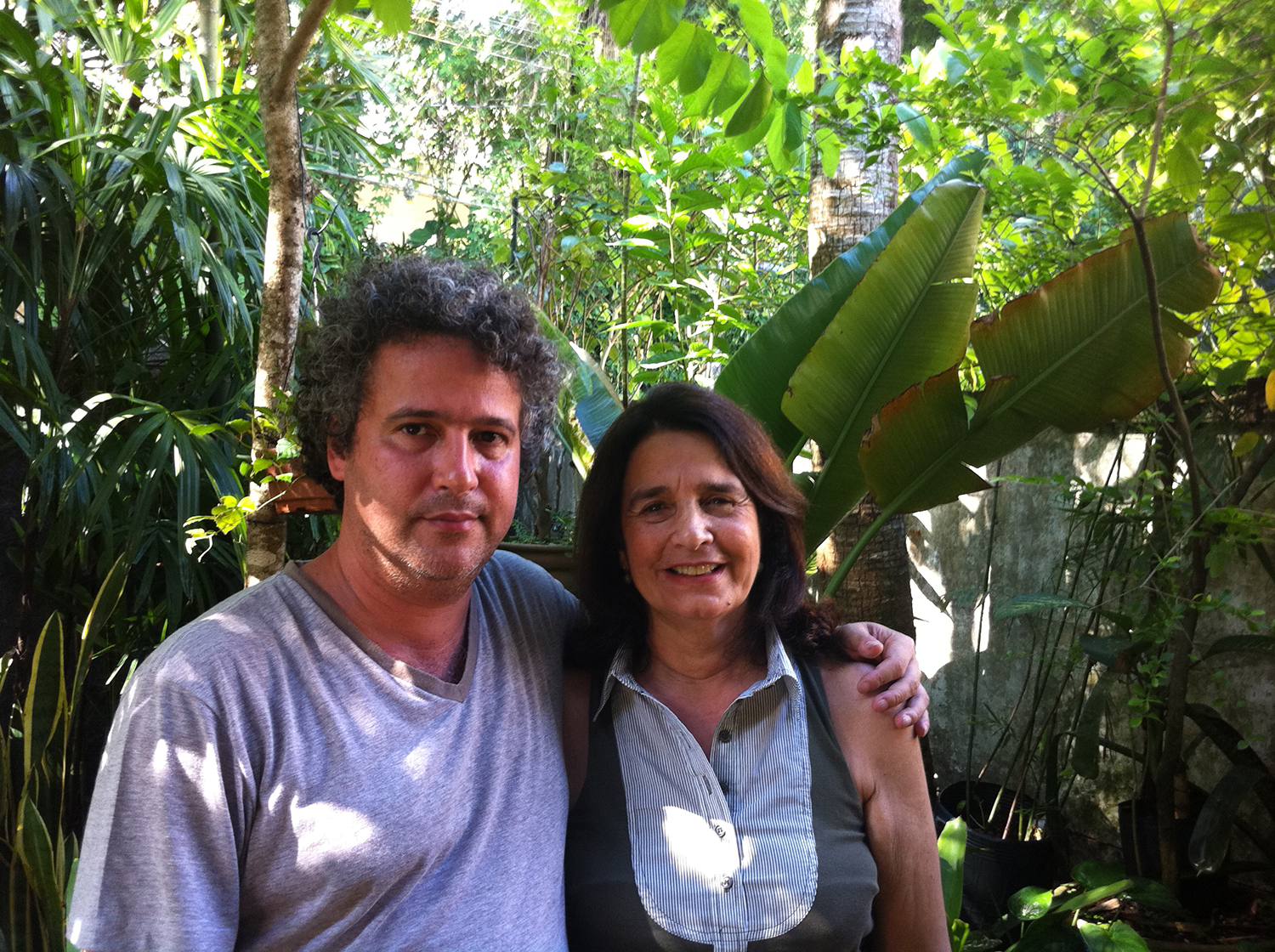 Ernesto Neto has been exhibiting in Brazil since 1988 and has had solo exhibitions abroad since 1995. Along with Vik Muniz, he represented his country at the Venice contemporary art biennale in 2001. His installations were featured in Brazil’s national pavilion and the international group exhibition at the Venice Arsenal.
Neto’s work has been described as being “beyond abstract minimalism”. His installations are huge, soft biomorphic sculptures, half corporal, half architectural, which fill the exhibition space; visitors can touch them, press them and sometimes even walk on them or over them. They are made of a white, stretchy polyamide, similar to that used for stockings. In order to spatially fix the bulk of these amorphous shapes, the artist stretches them across the room and fills them with expanded polystyrene pellets or, sometimes, aromatic spices. In some installations, he has also used this material to create translucent screens, which transform the walls and floor of the exhibition space. His sculptures can be seen to be an expression of traditional abstract art, although their interaction with visitors means they work on another level as well. One of his most acclaimed installations is the one he created in 2006 at the Pantheon in Paris for the Autumn Festival, which is called “Léviathan Thot” (public commission from the Ministry of Culture).
Between 22 September and 21 December 2010, Ernesto Neto and Daisy Cabral Nogueira created a garden in the Ibirapuera Park in Sao Paulo, Brazil. It was their contribution to a special version of the Chaumont-sur-Loire International Garden Festival that was being held outside France for the first time. This was part of the extension of the Year of France in Brazil and on the initiative of the Modern Art Museum of Sao Paulo. The theme of this version of the Festival was feeding the body and the mind.