Nothing less than a crazy green dream, Jean-Philippe Poirée-Ville’s installation, set in the shadow of the Château, is an inspired spiral of greenery linking architecture to nature.

At Chaumont-sur-Loire, the artist’s imagination has conjured up a monumental creation of outstanding graphic power, its interlacings reminiscent of that endless ribbon unwound by the princess in the story. Projecting on to the Château’s historic façade, they also provide a fresh interpretation of the heritage they embrace, their rounded vegetable graphics combining with the edifice’s architectural rigour. 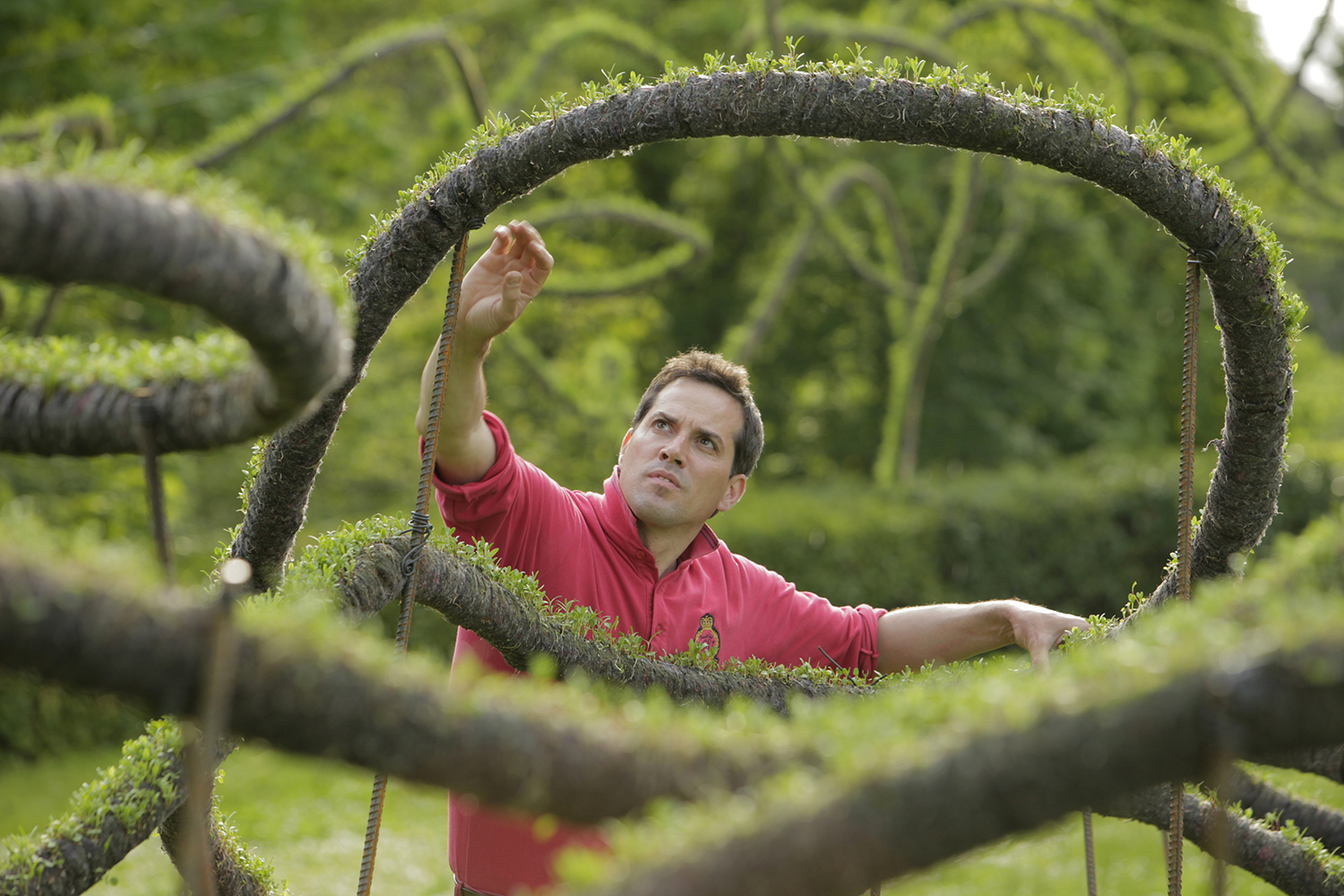 Jean Philippe Poirée-Ville is an architect and landscapist who graduated from the École Spéciale d’Architecture in 1996. Over the same period, he also took courses at the École Nationale Supérieure du Paysage, where he learned to make good use of his talents as a treetop gardener. In 2003, his artistic appetite and thirst for creation led him to design a new, patented system of hydroponic (“out-of-soil”) aerial cultivation – the “liane végétalisée” (planted creeper). He was the winner of the 2006 innovative enterprises competition, and has been called upon to create plant-based works by the city of Strasbourg, the EDF foundation and Château de Versailles among others. He collaborates with INRA as well as with such well-known architectural agencies as Renzo Piano, Jean Nouvel and Jean-Michel Wilmotte, and such landscapists as the TER agency.

Combining architecture, landscaping and botany, Jean-Philippe Poirée-Ville brings his own answers to the growing issues of an urban ecology based on replanting and biological equilibrium. He has also created an urban signposting system that gives full expression to the identity of a more sustainable, more poetic city.