This garden, by one of the greatest colourists, is a dreamy walk in memory of Delphine Seyrig in “Peau d’Ane”, backwards and forwards between three mirrors surrounded by different colours, an invitation to gaze at and find yourself, whether blond, red-haired or dark-haired.

It is by cultivating a very kitsch and humorous spirit that Christophe Robin designed his three-pole tour: a mirror for manes of red-hair around which browns and pinkish beige colours dominate, a mirror for blonds among tender pinks of May and a mirror for dark-haired people among whorls of vivid reds. 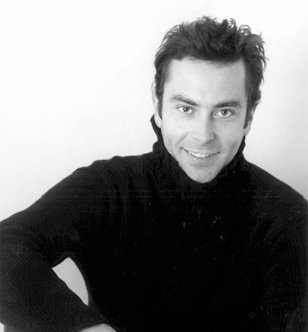 Born in August 1971 in Troyes. Having trained as a hairdresser from the age of 14, Christophe Robin discovered a passion for colour. He would then take on the mission of bringing colouring out of its hidden closet and transforming it into a real tool of beauty. Christophe Robin quickly became artistic director with Jean Louis David with the aim of developing new colouring techniques, and dreamt of a place exclusively devoted to colour. The latter opened its doors in 1995. Thanks to his experience with L’Oréal with models like Linda Evangelista, Karen Mulder or Claudia Schiffer, he got more and more requests from photographers such as Jean-Baptiste Mondino or Dominique Issermann and famous female clients flocked to the salon, which he set up in a Parisian courtyard. In turn filmmakers sought him out, as they were aware of his sense of light, contrasts and highlighting acquired in the photographic studios. In this way Christophe Robin became one of the most sought-after experts in the field of colour for film directors and actresses.