A pollard (trogne in French) is a tree that is periodically cut at the same height to sustainably produce wood, fodder or fruit. Between the pollard, which is cut at the top, and pruning out side branches there are thousands of possibilities (several heads, several trunks, several arms, etc.). After each cut, buds sprout forming new twigs and bulges form where the branches were cut. Successive cutting creates twists and swellings that give pollards their special allure. The production of new twigs can be repeated for centuries, even if the tree is hollow. Although people have harnessed this power to nourish and heal since the Neolithic, pollards are a forgotten treasure. Today, it is once again becoming a symbol of the harmony that is possible between humanity and nature. Echoing the work of the sculptor, watercolourist and ethnobotanist Dominique Mansion, whose Jardin des Trognes at the 1999 Garden Festival was much admired, this garden is a celebration of the Year of the Pollard. At the centre of the garden will be a pollard dressed in gold, like a sacred sculpture telling the story of the landscape. The surrounding vegetation will be planted in ecological succession, from meadow to large trees via shrubs. The circular shape of the garden is an invitation to meditation. 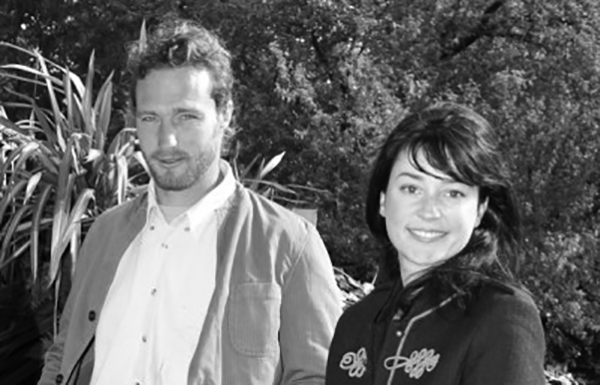 Trained at the Paris Design School, Soline Portmann combines art, set design and landscape in a holistic approach that tries to link the history of a location with its future use. She is passionate about the landscape and natural environments and uses her experience as both a set designer and a landscaper to create pieces that celebrate life in all its forms. The artistic dimension is fundamental to her approach to landscaping, as is the concept of time. Both on the longer timescale of the landscape, and the short term of an event. She offers a long-term view – a vision that anticipates new, sustainable uses – founded on making the most of what is already there, while creating an immersive and contemplative experience of the present. In 2011 her garden, La Nature des Choses at the Chaumont-sur-Loire International Garden Festival made her keen to improve her landscaping skills. It was here she met the arborist and environmental expert Romuald Bardot, with whom she has since collaborated on numerous landscaping projects. They have tackled a wide variety of challenges at various scales , including urban private gardens, historic parks, and natural areas. Between 2012 and 2016, Soline Portmann worked on a number of set design and landscaping projects, including Le jardin d’Essai at the Observatoire des Tendances du Jardin at the Château de Courson in 2012, (before joining the organisation in 2013), Le Jardin Vivant at the Château de Chantilly in 2015, the set design for the play Journal d’une apparition at the Palais de Chaillot in 2015, the patio for Piaget’s Paris boutique in 2015, and Le jardin Millésimé at the Château Larrivet Haut-Brion. In 2016 she founded Bigtime studio in Paris with the set designers Jimme Cloo and Marion Flament. Together, they have worked on projects such as the performance piece Déplacer des montagnes for the Nuit Blanches de Bruxelles in 2016, the installation Egilopes at the Festival des Hortillonnages in Amiens in 2016, the exhibition Éclipse, Premier Contact in Paris in 2017 and the exhibition design for Picasso Méditerranée at the Musée Picasso in Paris in 2019. In 2019 Soline Portmann started SOLSTICE to continue and expand this multidisciplinary conceptual work combining art, set design and landscape.

A native of Puisaye in the north of Burgundy, Romuald Bardot has honed his perception of its landscape of small fields and hedges since childhood. Living in this natural environment made him aware that people can live in harmony with nature. He has made it the raison d’être of his work. He specialised as an arborist and worked as a tree surgeon for many years. Having become very aware of the relationships between humans and nature, he then worked for an institution that helps disabled people to train and work as gardeners. Strongly rooted in his native land, he also runs an organic family farm, where he conserves local wetland habitats, and fights to preserve the historic landscape of fields, orchards, chestnut groves, hedges and pollards. It is a landscape in which people and nature can (and must) work together. Since 2011 he has regularly collaborated with the set and landscape designer Soline Portmann contributing his expertise in maintaining biodiversity, improving the natural landscape, adapting to climate change, and the sympathetic development of agriculture. He is also a member of a research association that promotes agroforestry and pollarding.