Ticketing
This is a surprising staging of that little internal voice we all have that “just wants to see” and “just wants to know” what this famous paradise looks like. A nod to that curiosity that pushes us to discover, ahead of time, what is next.
Feet on the “ground”...
Entering the plot, the visitor is immersed in a very dark world. Some will perhaps see it as an allegory for the environmental hazards threatening our soil, others will no doubt feel the melancholy of the place or become aware of the macabre symbolism that emanates from it. By following the path that plunges into this enigmatic world, the visitor discovers “feet” which move below, but whose heads seem to have disappeared. He or she then understands that the other visitors have gone beyond.
... and head “in paradise”
Summoning their courage, the visitor reaches the paradise at the centre of the garden. The transition is immediate. A sensory transliteration of the quote by Kandinsky awaits: “White sounds like silence, a nothing before everything begins”. Placed at eye level, a white plant cocoon, soft and bright, opens onto the sky, cut off from the surrounding sounds and disconnected from the visual cues that connect us to the earth. A “nothing” to experience before the other beginning promised by paradise. 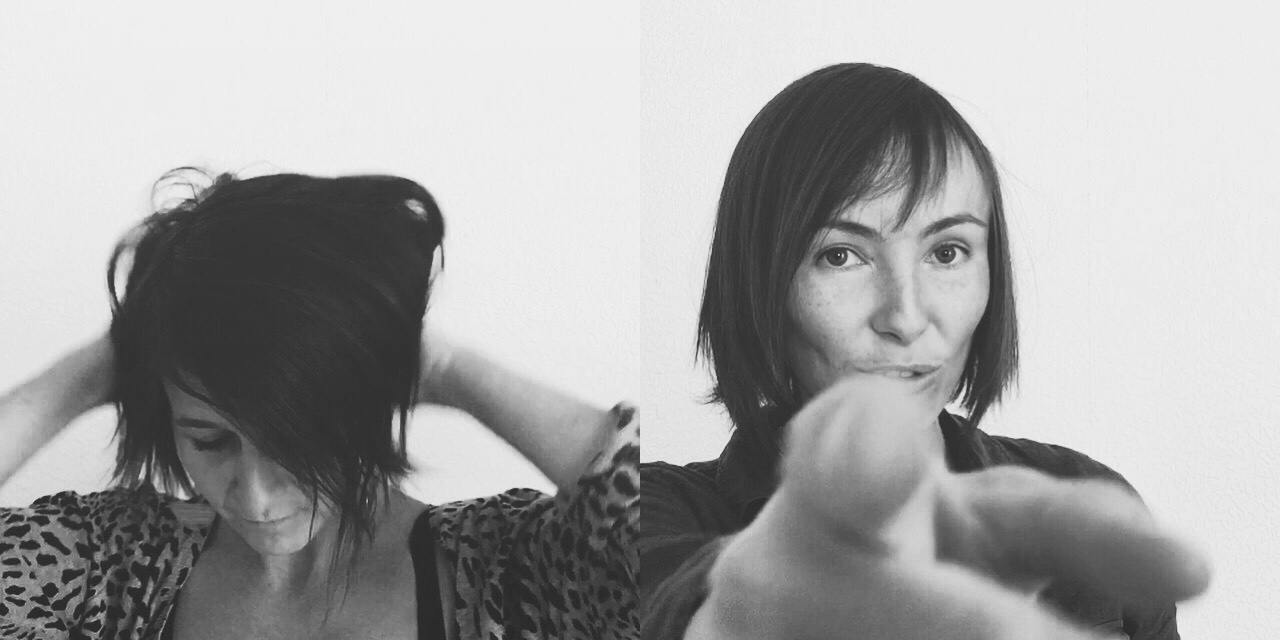 “One admires Madonna, the other Camus,
One loves chocolate, the other hates it,
One marvels at a moonset while the other waxes lyrical about concrete,
One fears the night, the other is afraid of rain,
One is a bit sceptical whenever the other becomes too utopian,
One is empirical, the other methodical,
One is precise while the other is practical,
And yet, we are driven by the same desire.
A desire that changes between architecture, design and artistic creation. Fuelled by inspiration drawn from literature, sculpture, science, nature and popular culture. With one certainty above all: the spectator is an integral part of our installations. We believe that he/she provides meaning, through his/her emotions and actions, and that it is this unique interaction between them, at that precise instant, that is the essence of our work. We met on the benches of the Grenoble National Graduate School of Architecture in 2005, and our respective experiences have continued to enrich and broaden our shared vision. We meet again under the banner of the BYME studio, which we founded together in 2013. We love the hybridisation of our practices, the exploration, the diversity of our influences, the multidimensional nature of our work which drives us to create each of our installations ourselves from the design right through to the manufacturing stage. Neither of us wants to be trapped in the stringency of a single activity which is why we decided, each in our own way, that there would be no precise limits, either in our daily lives or our projects.”

Emmanuelle Messier lives in Grenoble and spends some of her time working as an architect, always on a freelance basis, sometimes specialising in the integration of biodiversity in the urban environment, sometimes working as a decorator and sometimes as a graphic designer. When she has the opportunity, she is an artistic coordinator for major Parisian agencies. The rest of her time is spent drawing, painting, producing pottery, sawing, gluing, screwing things together or making something.

Fanny Bouchet lives near Annecy and also spends some of her time working as an architect. Having worked as such in agencies in Switzerland, she has been self-employed for some time now. When she is not on the court with her basketball team, you can find her either in a greenhouse or in the markets with her market gardener uncles, depending on the season. As for the rest, her friends especially can’t wait for her to open a shop selling the delicious jars of preserves that she makes.