le bois des chambres
Ticketing
“Take care not to stray too far from the marked-out paths; the garden you are entering has been taken over by gigantic creatures, which have woven their webs hither and thither across this lush jungle. Don’t get too close to them – you risk falling into a deep and delightful sleep if you fall into their clutches.”
Bewitched after biting into a magic tomato, anyone who steps into the garden shrinks in size, finding themselves in a world of insects. The creatures have been petrified, and their webs have gradually been colonised by unexpected forms of vegetation. A luxuriant host of edible plants has sprung up, invading everything, climbing everywhere, their leaves enormous beyond belief and their flowers and fruits beyond abundance.
Alongside the jungle lie a pair of chrysalises, shaped somewhat like double deckchairs and ideal for discussion, relaxing in, and contemplating the garden beneath the subdued light filtering through the lathing. A clear contrast is drawn between the invading kitchen garden and the protective chrysalis. 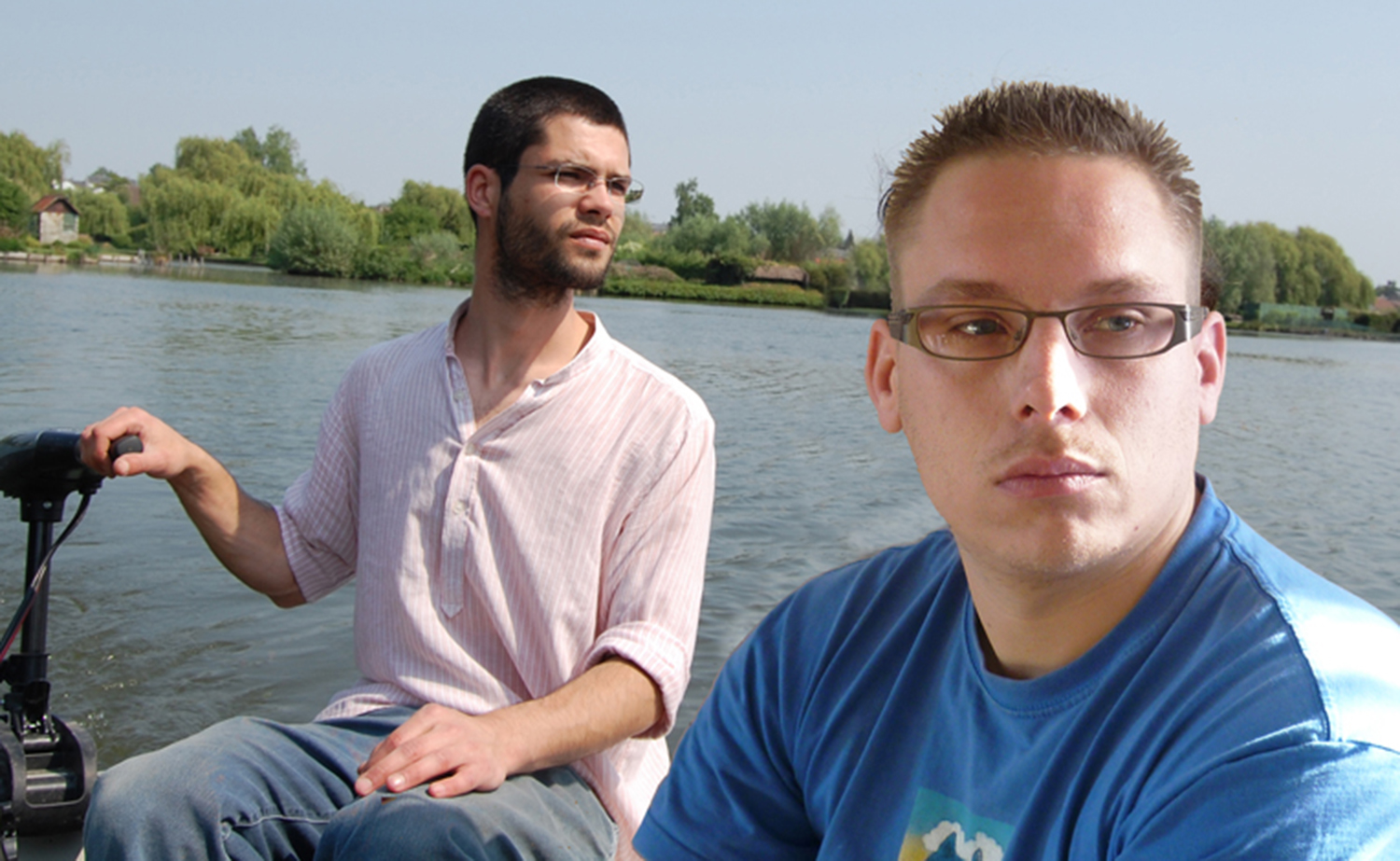 From left to right: Noël Pinsard and Laurent Fayolle

After taking a BTS in Landscaping in Rignac and training as an interior architect, Laurent Fayolle spent a year working for Alain Marguerit in Montpellier (Atelier Des Paysages) before enrolling at the School of Landscaping in Blois, from which he graduated in 2008. He is currently a freelance landscaper in Perpignan (AATTAC Paysage), where he has worked for the last three years. Apart from agency work, he takes part in landscaping projects in collaboration with architects and other landscapers. In 2011, he collaborated with Noël Pinsard on creation of the “Îlot Cabane” project for the “Art, Villes et Paysage” Festival in the Hortillonnages in Amiens.

After obtaining a BTS in Landscaping in Montreuil, Noël Pinsard enrolled at the School of Landscaping in Blois, graduating in 2008. He has spent the last three or more years at the Empreinte landscaping agency in Lille. Besides agency work, he takes part in landscaping projects in collaboration with architects and other landscapers. In 2009, he collaborated with a group of architects on creation of the “Jardin Mange-Tête” project. He is also a member of the “Saprophytes” association in Lille, which carries out numerous projects in public areas. In 2011, he collaborated with Laurent Fayolle on creation of the “Îlot Cabane” project for the “Art, Villes et Paysage” Festival in the Hortillonnages in Amiens.