Ticketing
What if in the near future, either out of choice or necessity, biodiversity became the essential reason for the existence of the street, to the point where the way it is laid out was completely reviewed and the face of the towns and cities of tomorrow was changed.  What if tomorrow’s garden was the street?
Le jardin à la rue (The garden in the street) offers a vision for the future where the garden and biodiversity are the structural elements of the street. The streets are lined with lagooning stations. Aquatic plants take over the urban space. They filter and purify the run-off water and create a natural protective barrier between cars and pedestrians. Photovoltaic streetlamps transform into baobabs to harvest and store rainwater. They provide a home for a wide range of mountain meadow flowers and fruits of the forest.
Tomorrow’s citizens can move around over a grass-covered carpet, where only the ends of the shoots tickle their bare feet.
Binders with a seaweed base replace the tarmac of the street. Strips of composite flooring made from recycling industrial waste constitute a zone for pedestrians to walk around. Deciduous climbing plants cover the awnings made of a wire structure. In this way, they contribute to temperature control in the habitats by providing natural shade in summer and gentle light in winter. 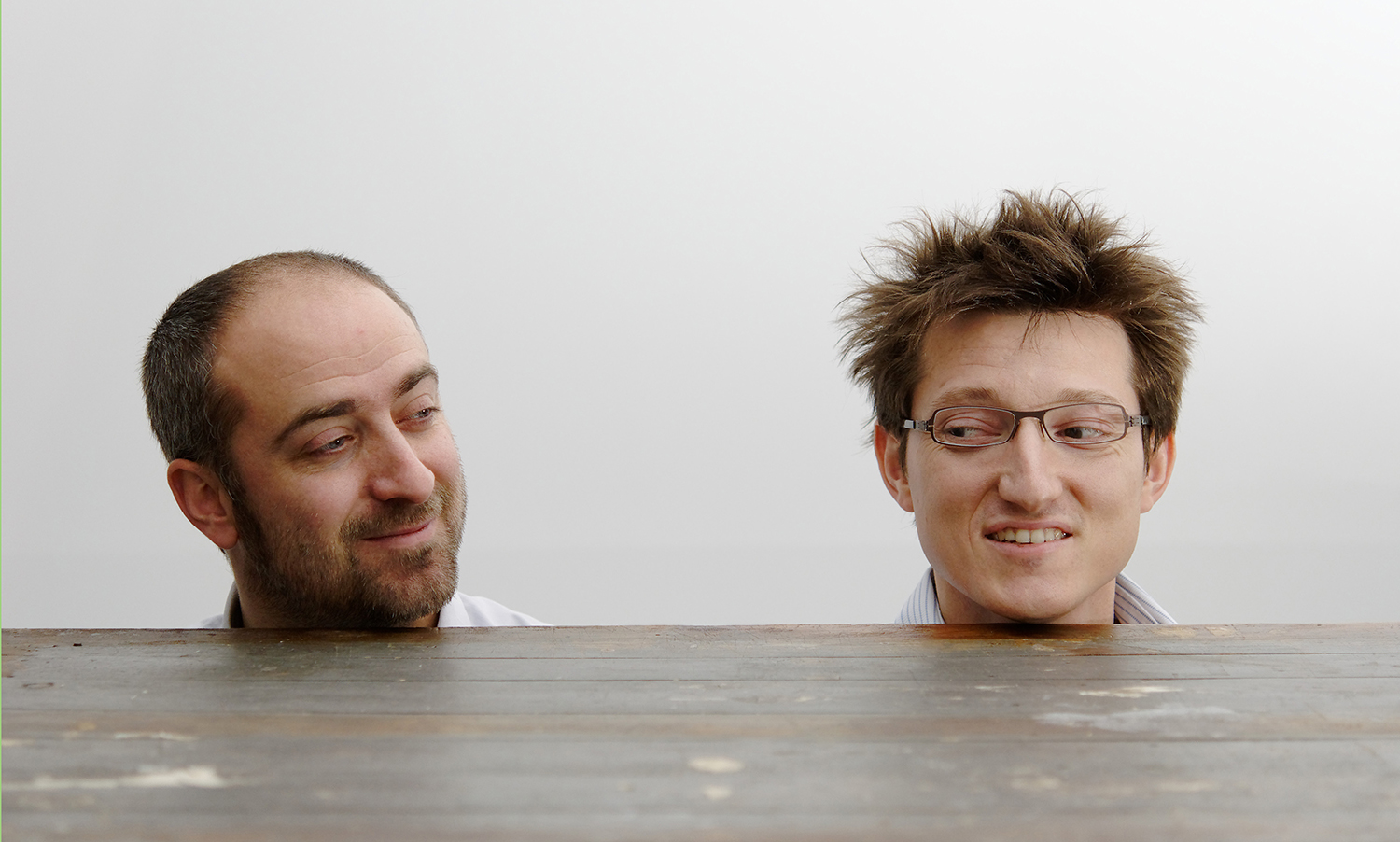 From left to right: Julien Maïeli and Germain Bourré

Julien Maïeli has a diploma from the Higher National Institute for Garden Architecture (Paris). He has worked with his passion for landscape in various agencies, companies and institutions in France and abroad over a number of years. He created the “J2” company in 2007 and developed projects involving gardens, large landscapes and town planning in both public and private spaces. For the benefit of his customers, he used both his practical sense, which he had acquired from an intensive experience in the field, and his aesthetic sense, intrinsically linked to his profession as a garden designer. In 2009, a new collaboration began with Germain Bourré, a designer; this combination of skills has been a basis for new ideas which have developed their joint vision of the landscape and have found their full meaning in the Garden at Chaumont.

Germain Bourré did his training at the [Higher Institute of Art and Design in Reims. He then spent five years working in close collaboration with Jean-Marie Massaud. In 2005, he created his agency in Paris and cultivated the multi-disciplinary aspect of his profession. From product design via culinary design through to spatial design, each project is a quest for meaning, coherence and aesthetics, where complete success depends on the quality of the exchange. Plants play a major role in his work. Whether they are in the dish or in his objects, they contribute to the design by their qualities and their intrinsic needs. With Julien Maïeli, since 2009, he has been making the frontiers of design and landscaping easier to cross, so as to generate pertinence and meaning.