Ticketing
What if you became an insect and went into the earth’s skin?
This garden is a journey into the bowels of a lair, the refuge of some animal, which visitors pass through or make their own.
There are many approaches: feeling like a mole or a worm going into a tunnel, a mixture of earth and branches, a synthesis of a nest and a burrow. You can also journey through it, taking advantage of the events that bring it to life, and also observe the tracks left by animals, their habitats and the various ecosystems represented, with your body beneath the ground and your head on a level with the stems.
This garden expresses the desire to plunge for an instant into this skin of the earth, which has inspired so many imaginations, but it also expresses the voluptuous desire to let yourself be enveloped in a slightly bestial cob.
The game involves offering a disturbing viewpoint of a biodiversity which you trample over and rarely give yourself the time to observe, while at the same time captivating visitors who will turn into orthoptera, hemiptera or passeriformes. 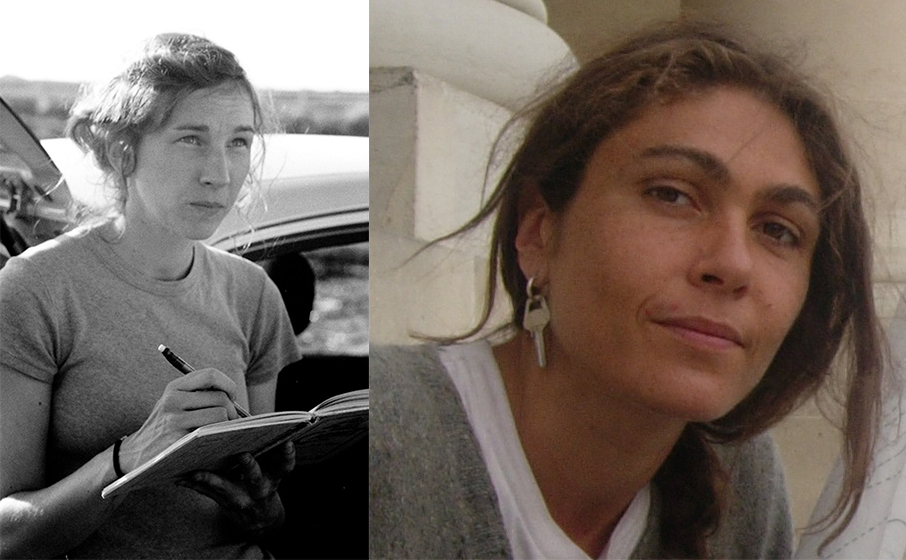 From left to right: Anne Blouin and Alessandra Blotto

Anne Blouin has been the granddaughter of a market gardener from the Anjou area since 1983, a landscape architect from the Versailles School since 2008, a little bit of an architect, a little bit more of an illustrator, and a whole lot more of an adventuress and wanderer all her life; she has a real passion for walking over the mountain peaks. From the creation of a window-box to designs for large areas, whether with pebbles or streams, annecommeleprenom (to use the brand name) puts our senses to the test and loves to share them with young and old. She is hungry for large landscapes, hearing the call of an Icelandic volcano, and is determined to explore and experiment with permaculture in an eco-village on this Arctic paradise island.

Alessandra Blotto was born in Turin. After her diploma in aesthetic philosophy, she travelled all over Africa from Gabon to Mali and made two documentaries in Burkina and Nigeria. She came to France at the age of 30, after the birth of her first child, Hector, and went to the Ecole du Paysage [Landscape School] in Versailles, Class of 2004-2008. So, from 2008 onwards, with a new diploma and a new child on board, she took part in competitions for ideas, created a small garden, collaborated on two regional studies, made a fleeting appearance at an agency based in the first district of Paris and then left Paris to settle down in the Petit Morin Valley in Seine et Marne, with her children, two sheep, her hens and a rabbit which she will not be eating for Christmas.