“To see the world in a grain of sand, And Heaven in a wild flower, Hold infinity in the palm of your hand, And eternity in an hour.”

These few words by William Blake (1757-1827) apply perfectly to Denis Brihat’s body of work. Alighting on one of his images, the eye sets to dreaming. It delves into the content, follows the form’s extraordinary contours, and rejects any interpretation in order to give itself over to contemplation. “Black Tulip, 2001, dimensions in cm 40 x 50”, the caption specifies. Under the photographer’s eye, the flower becomes a choreographic figure. Its petals, stem and pistil are captured in the act of self-expression. Since 1958, Denis Brihat has worked assiduously on his “photographic paintings”, as he has always called them. He moved to Bonnieux in Provence that year, and has devoted himself to nature ever since, not by locking it up in landscapes but by examining it on the basis of various of its components, such as flowers, trees, fruits, vegetables and sand. Removed from their contexts, they all give forth an amazing beauty, the result of a quest that is both aesthetic and philosophical. “Denis Brihat constructs his images in order to reveal a natural order. By doing so, he upholds – not without courage – one of art’s primordial functions, which is to give pleasure to others. […] It is in the natural world’s apparent disorder that Denis Brihat finds its order. The science of framing, the precision of layout and the rigour of implementation all serve to reveal the architecture of nature’s great body of work”, emphasises the photographer and historian Pierre-Jean Amar.

In the late 1960s, Denis Brihat began to experiment with colour, making use of metallic toning and a gelatin printing method, two techniques that he has since continued to explore and improve. “His astonishing photographs, printed in black and white and then toned with a whole range of metals and pigments in order to get as close as possible to their subjects’ natural colour, bear witness to his experimental audacity. Denis Brihat asserts the print’s materiality and seeks nothing less than excellence. A purveyor of images and knowhow, his technical exigency soon set a precedent: photographers from throughout the world came to follow the master’s teachings at his house-cum-studio in Bonnieux, including the photographer Jean-Marc Bustamante, impressed by Denis Brihat’s originality and the way in which, very early on in his career, he had chosen to highlight the photograph’s pictorial and decorative qualities”, explains Héloïse Conesa, curator of contemporary photography at the BnF, who also curated the exhibition Denis Brihat, Photographies - De la Nature des choses (Denis Brihat, Photographs – On the Nature of Things) in 2019. Transmission is very important to the artist, who continued teaching up until 1988.

By inviting Denis Brihat, Chaumont-Photo-sur-Loire wishes to pay tribute to one of the great photographers of his generation, a tireless explorer with a poet’s eye. The event will be presenting a selection of forty or so “photographic paintings” in 4 rooms: tulips, onions, garlic, lichens, herbs, cedar needles, wild carrot flowers, and a series of kiwifruits.

Handled with infinite delicacy, these images go far beyond the preceding terse factual description, as anyone who has never seen Denis Brihat’s photographs cannot imagine the range of sensations they evoke. Their transfigured subjects assert themselves like pictorial apparitions floating in the air. Mastery that has made the photographer a watercolourist without equal. “It’s difficult to write about Denis Brihat’s work without talking about his life as well. His work is the result of a life choice, an unwavering commitment to photography. It’s certainly a mindset you come across more frequently in painting: the whole artist devoted to his creation, the only reason to be alive and a daily obsession, is an image that runs through the history of art. It’s not so common in photography, but takes on its full meaning with Brihat”, remarks Didier Brousse, founder and director of the Camera Obscura gallery. Visitors to Chaumont-Photo-sur-Loire must expect a revelation: nature stripped wondrously bare. 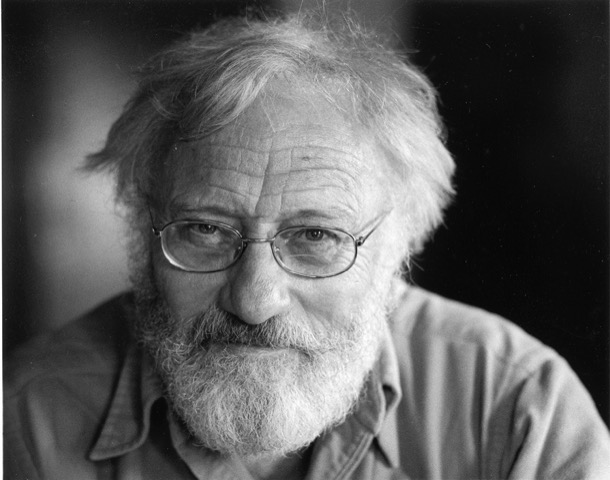 Denis Brihat was born in Paris in 1928. He was 15 years old when he took his first photographs in a France that was still occupied. After a brief stint at the school of photography in rue de Vaugirard in Paris’ 15th Arrondissement, the young man continued his apprenticeship in the field, practicing his craft through a variety of disciplines, including architecture, industry, photo reports and portraits. In 1952, he moved to Biot in the Maritime Alps, where he earned his living turning out illustrative photographs and started to develop a personal body of work, encouraged to do so by Robert Doisneau. He spent a year in India (1955-1956), where he took photographs that earned him the Niepce Prize (1957) and an exhibition at the French Society of Photography (SFP).

After moving to Bonnieux in Vaucluse in 1958, Denis Brihat developed a practice entirely devoted to the exploration of nature, whose complexity and beauty he was determined to reveal. His “photographic paintings” paved the way for a generation of photographer-authors. He was one of the first to campaign for recognition of photography as an art form in its own right, creating small numbered runs of meticulously produced prints, often in large format.

In the hills of the Luberon, the photographer led a life close to nature, making the acquaintance of a number of influential figures including Pablo Picasso and Fernand Léger, with whom he participated in the Groupe Espace, an initiative bringing together artists and architects with the same ambition: the unity of art. Regularly invited to the United States, Denis Brihat is one of the first photographers to have their work exhibited by John Szarkowski, in 1967 at New York’s MoMA along with his friends Jean-Pierre Sudre and Pierre Cordier.

The photographer is also an ardent supporter of democratic promotion of photography, taking part in exhibitions at the Agathe Gaillard gallery, one of Paris’ first photography galleries, opened in 1975. Denis Brihat is one of the founders of the annual “International Photography Encounters” festival in Arles festival, along with Lucien Clergue, and of the Château d’Eau Gallery in Toulouse with Jean and Michel Dieuzaide.