Ticketing
The Prés du Goualoup, 10 hectares of parkland newly landscaped by Louis Benech, has become a treasure chest of improbable plant life. Tree foliage turns from white to pink to violet and back to white again. These ethereal luminous fruits are actually artificial, the fruit of artist Shigeko Hirakawa’s imagination. Installed in the trees, they contain a photochromatic pigment that turns violet when exposed to sunlight. At night, deprived of light, the artificial flowers and leaves lose their colour. The change is also perceptible as the seasons pass, with the intensity of light varying from one month to the next. Ecological considerations are at the origin of this creation, which is typical of the artist’s work. A number of studies show that trees lose over 25% of their leaves due to the effects of pollution, and that the leaves of some specimens lose more than 10% of their colour. Even as their beauty fascinates, the works of Shigeko Hiragawa highlight the changes resulting from humankind’s negative impact on a natural world that nevertheless inspires us to dream. 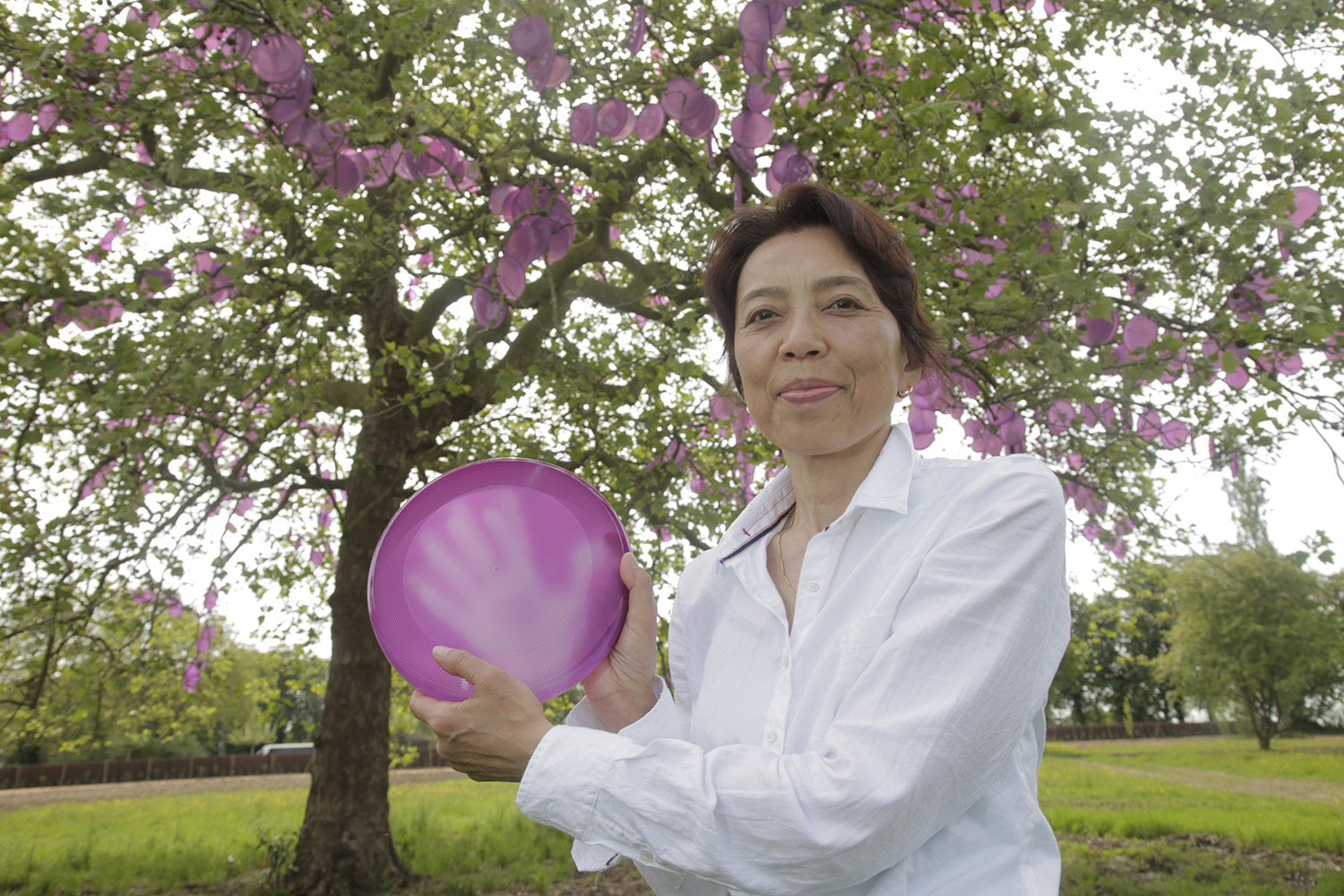 A native of Japan, Shigeko Hirakawa has lived and worked in France since 1983. After graduating from Tokyo’s Geijutsu Daigaku (Fine Arts and Music), she studied under Olivier Debré at the Ecole Nationale Supérieure des Beaux-Arts in Paris, and at first opted for a career in painting, which led to her being awarded the “Prix Adam” for young painters—Salon de la Jeune Peinture (Grand Palais). Putting the relationship between Man and Nature at the heart of her reflections, the artist soon began expressing herself in a different form much resembling Land Art. Her installations combine the natural and the artificial in a state of constant interaction – sunlight, water and air act to transform matter, which itself changes the landscape and the perceptions the public may have of it.