Ticketing
Taking flowers as his raw materials, Toshio Shimamura works in series with long exposure times and a single source of natural light.
His photographs on a black background linked to the Japanese tradition focus, with extreme elegance and delicacy, on the exact moment when a flower is going to lose its splendour, with an indefinable sensuality.

“On a black background, caressed by the light, his close-ups of tulips are gentle, elegant and sensual. They have a dialogue with an idea of sculpture and some, with their leaning “neck” habit, evoke Brancusi’s universe. Still on a black background and with an equal subtlety of materials, his sunflowers, most of which are withered, become stronger, more dynamic, more aggressive, all at the same time. They may suggest a certain sadness and become almost dangerous. They are more like chains. Finally, these series of photographs examine the very concept of “still life”, as well as they inspire, with lightness, a feeling of movement in things that are naturally immobile. Toshio Shimamura returns to the basics of photography by asking it, in the true meaning of the term, to reveal that which is being looked at, simply so that it fixes and enables us to see what the eye is incapable of perceiving. He makes a pact with a magic of the traditional photographic image, which has fascinated us for more than a century and a half.” Christian Caujolle, artistic director of the VU Agency. 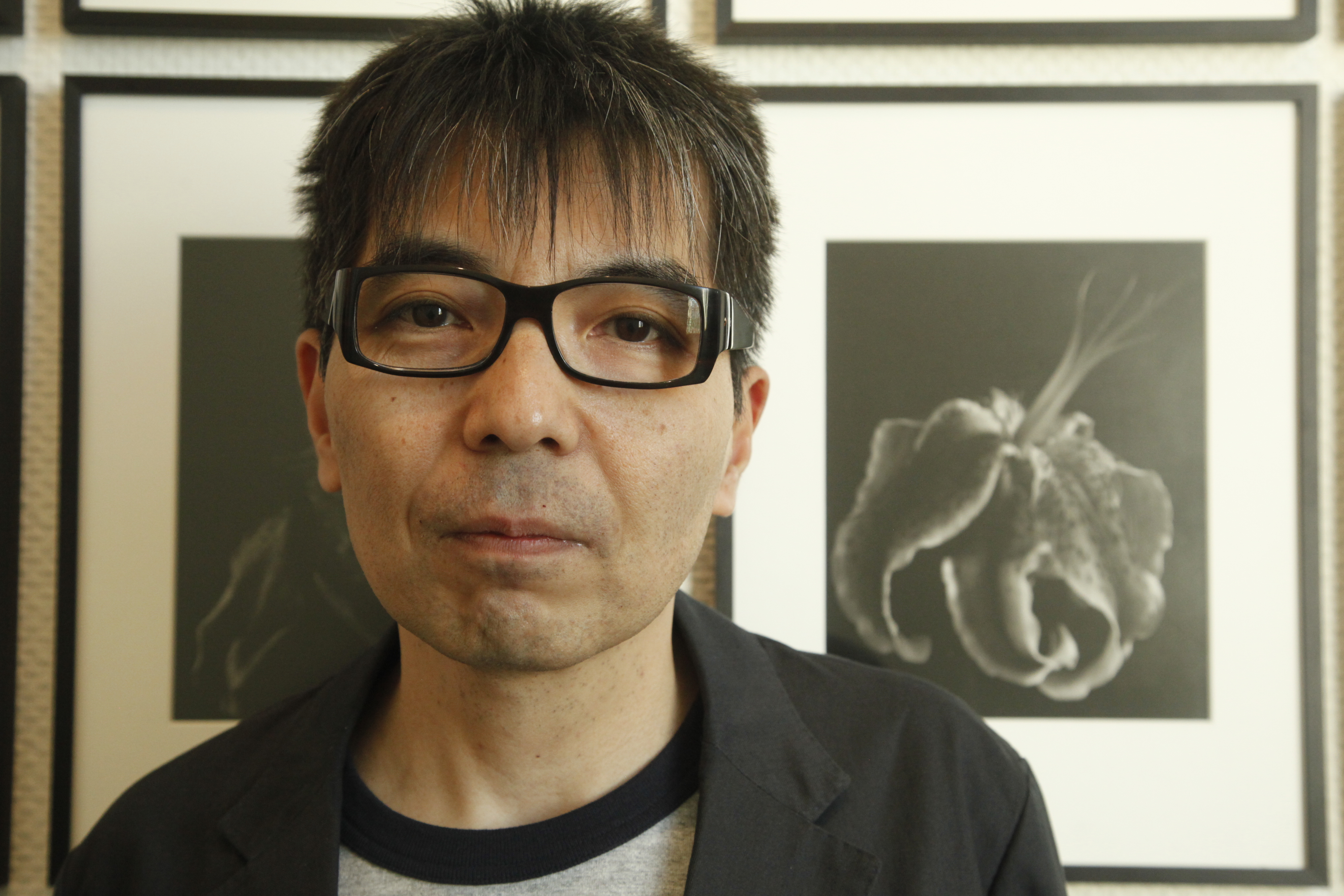 Toshio Shimamura was born in Kyoto, Japan. He studied industrial design at the National Institute for Industrial Creation (Les Ateliers) in Paris, starting in 1987. He then became assistant to the designer Gaetano Pesce for three years in New York. During his time there, he added photography to his modes of expression.
His first photographic exhibition took place in Kyoto in 2001. Exhibitions in Japan (2003, 2005, 2007), Spain (Saint-Sebastien, 2006), France (Les Ateliers and the Lina Davidov Gallery in 2007).