Ticketing
The Phyloplasties project presented in the Chateau de Chaumont-sur-Loire arose out of a reflection on botanical greenhouses, which are, for the artist, the incarnation of our desire to lay hands on nature. The plants that were discovered in the primary forests by the great explorers of the 18th century were brought back to France and preserved in artificial glass microcosms. You could almost imagine that it is still these plants or their descendants that are today the specimens that are preciously preserved as the evidence, soon to disappear, of the ancient virgin lands.
It is the image of this nature rendered artificial that was the starting point for the film Acclimatisation and for the series of transformed plants.
Displayed in the Salons, Library and Dining Room of the Princess of Broglie, Phylloplasties by Karine Bonneval present extensions of plants that are, at the very least, unusual: buttons, feathers, pearls and various materials seem to grow on the plants. 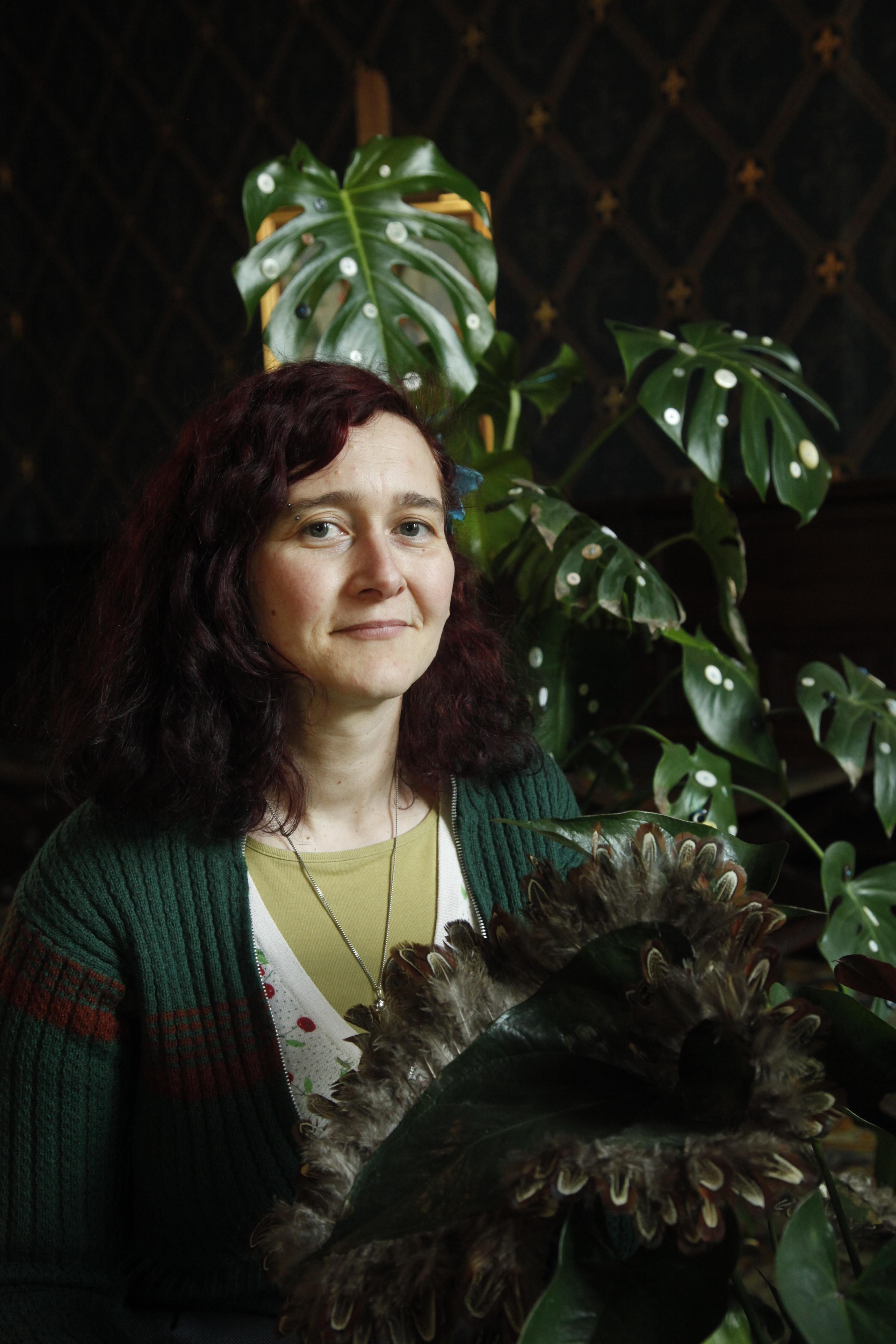 Karine Bonneval was born in La Rochelle in 1970 and now lives in both the Paris and Cher areas.
She has been represented by the Martine et Thibault de la Châtre Gallery in Paris since 2001. She has also been creative assistant to Olga Berluti since 1996, a great name in luxury leather goods.
She is fascinated by the vernacular processes that have always enabled humans to express their relationship with the world around them, and is developing a vocabulary arising from the “handmade” to produce works on the theme of our contemporary social behaviours.
Artificial limbs, fetishes or films recreate a parallel universe, but one which is nonetheless never very far from our own: behind the sparkle, the know-how and the charm of the materials of her organic works, the animal energy of objects with grating tones takes shape.
“It was in La Rochelle that Karine Bonneval cultivated her desire to understand, to learn, to see. The Lafaille Museum’s cabinet of curiosities has fed her imagination since childhood. After studying at the Fine Arts Institute in Angoulême and the Decorative Arts School in Strasbourg, between her micro-universe in Bagnolet and the capital, amidst the urban ocean, she has invented her own artistic cabinet of curiosities.
Her works reveal her ethnologist’s way of looking at things applied to the human race. Each work captures fugitive states of introversion or extraversion. Waiting Wardrobe, Parade Clothes and Conversations form an anatomical articulation of human behaviours. Let’s hit the road! points out our fetishist and obsessive relationship with the car as an object.”  (Dominique Truco, artistic director of the Melles Biennial of Contemporary Art).