Bob Verschueren is the creator of numerous plant installations and uses elements of nature as a means of expression. Using plant elements of the Domaine de Chaumont-sur-Loire, he transforms trees and branches into spectacular sculptures, evoking both the splendour and decay of objects.

Two uprooted trees are laid one on top of the other in the Footbath, whilst a giant throne made of wood and leaves finds a place in the Bee Barn and an installation in the Hayloft Gallery invites us to meditate on man’s destructive passion.

“My installations do not contain any messages. They are far more evocations of my questionings about the contradictory relationships between life and death, creation and destruction, about the man’s place in nature and relations between the ethical and the aesthetic.”  Bob Verschueren 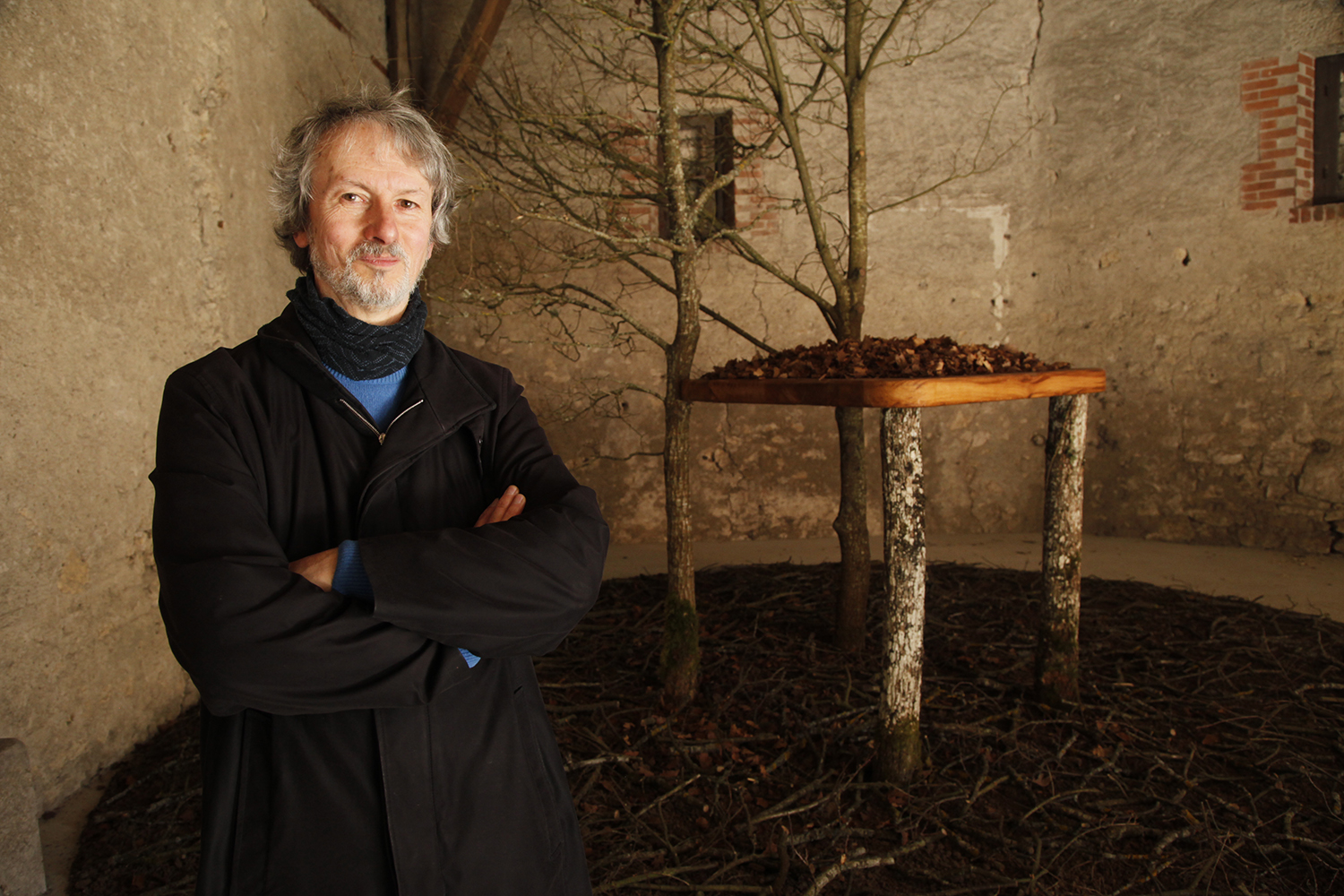 Bob Verschueren is a self-taught visual artist who was born in Etterbeek, Belgium, in 1945. He started his artistic career at the end of the 1960s in the field of painting. In 1978, he moved in the direction of land art by creating Wind Paintings, natural pigments spread by the wind in the landscape and Light Paintings, a reflection on nature confronted by light. As from the 1980s, he only used natural materials, and in particular plants, to create his works of art. Since then, he has created more than 250 installations in Europe and elsewhere. In 2009, his Improbable Gardens took over the Grounds of the Château de Seneffe in Belgium, with ten or so different works. His “Destinies” exhibition, which he presented until November 2009 at the Lucien Schweitzer Art Gallery in Luxembourg, followed on from another presentation of his work in Finland.

For each of his works, Bob Verschueren makes sure that the architecture of the place, nature and the materials chosen suit each other perfectly. Removed from their natural environment, the elements harvested to build the installations are doomed to decompose. In this way he constantly examines the steadfast link that exists between life and death. He also explores other areas, such as sound (Plant Catalogue), engraving (Phytogravures), photography... For him, a vague terrain, a forest, an exhibition area all become spaces for experimentation. Only two of his works are ones that will last. They are presented in Brussels at the Erasmus House and at the Garden of the Visitandines and both constitute a kind of meditation bubble inside the city.