The garden is the fruit of a free re-interpretation of “The Chart of Hell”, commissioned in the 15th century by Lorenzo de’ Medici from Sandro Botticelli. At the time, the Chart was made up of 100 drawings, of which only 92 have survived.

The 15th century is far away.

For its designers, the garden symbolises the path of human life, surrounded by light-coloured flowers at the entrance that symbolise innocence and virtue. Visitors then take the wooden walkway that crosses a “watercourse” symbolising the “River Styx” of Greek Mythology, before wandering freely between lines that spread out to form curvilinear islets that variously symbolise the Seven Deadly Sins. After having experienced all those sins with curiosity and delight, visitors are obliged to go right to the end of the garden to gaze upon Hell, which, here, is made up of metal plates from which emerges the “smoke of the Kingdom of Hades”, made of dark-coloured plants. At the heart of the space is a votive statue, observing… 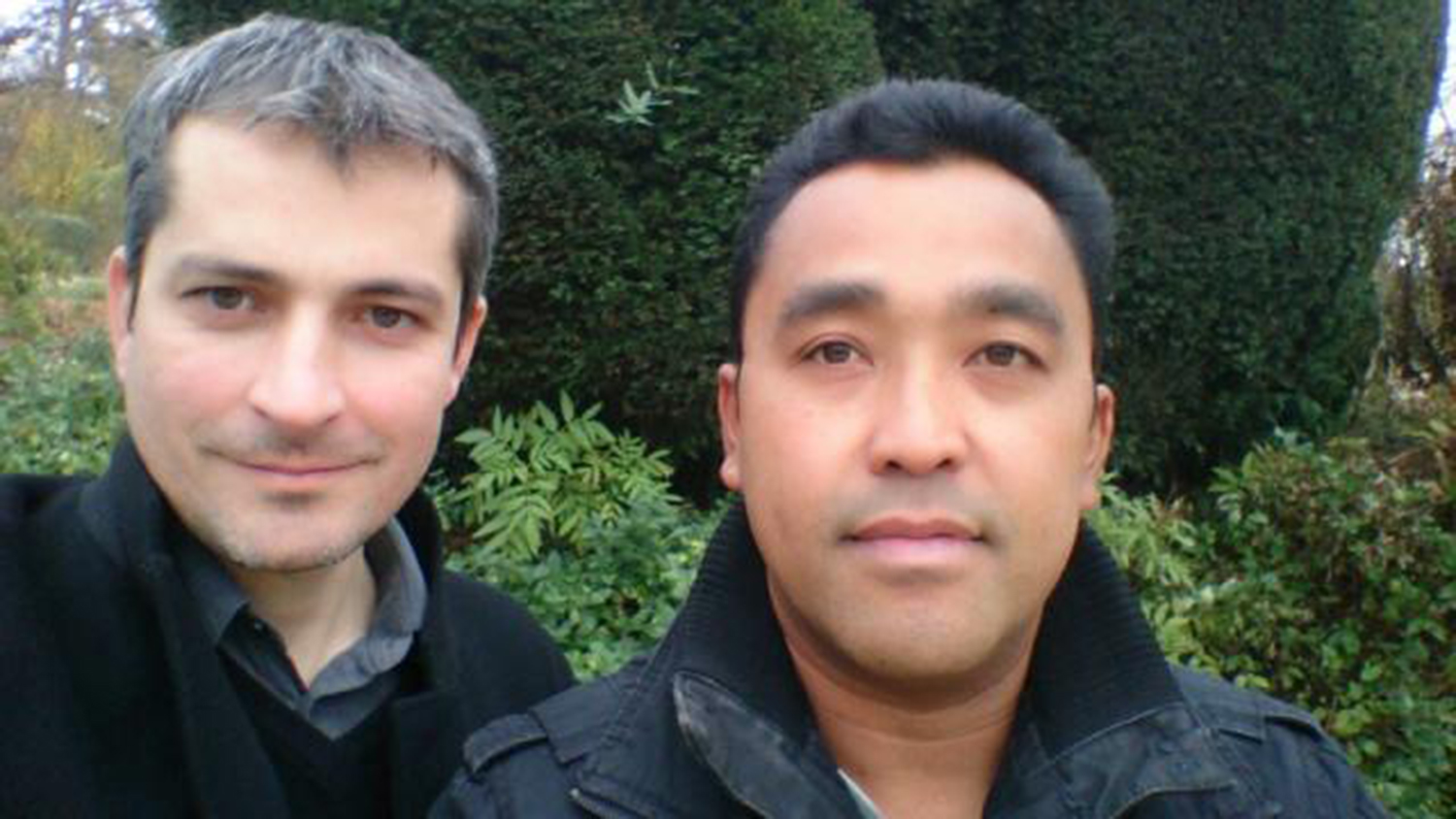 From left to right: Olivier Foucher and Jonas Lechat-Thomas

Born in Orléans (Loiret), to an artist father and an engineer mother, Olivier Foucher spent his youth in Orléans. His father's studios - his painting studio, and, most of all, his sculpture studio - at the bottom of the garden of the family home, were a place of observation and creativity for him. At the age of 14, architecture became a clear choice when he came up with his first projects. The 1987 exhibition "Le Corbusier" at the Centre Georges Pompidou confirmed this choice once and for all. In 1991, he enrolled at the Ecole d’Architecture de Paris la Défense. In the 4th year of his studies, he became interested in mobile structures and kinetic architecture, which he integrated into his student projects during his 5th year of architecture at McGill University in Montreal. He made Kinetic architecture the theme of his final university project. After graduating in 1999, he carried on working for the design company RFR, created by Peter Rice, a specialist in lightweight facades and structures, where he had started working in 1995. Working with engineers drove him to do a DEA (French postgraduate degree) in Montpellier with René Motro on lightweight structures and more specifically tensegrity systems. At the same time he started to teach alongside René Motro in seminars in Les Grands Ateliers de l’Isle-d’Abeau and a seminar at the Ecole des Ponts et Chaussée. He then carried on with Jean-François Blassel at the Ecole d’Architecture de Marne la Vallée for several years, and finally at the Ecole Nationale Supérieure d’Architecture de Versailles with F. Chochon and C. Hauvette. In 2002, he worked at Renzo Piano, on two museums: The Art Institute of Chicago and the Paul Klee Zentrum in Berne. He then joined the office of Christian de Portzamparc to supervise the work site of the huge cultural facility "les champs libres" in Rennes. Once the work had come to an end, he joined the office of Brigitte Métra where he worked up until 2012, the year he turned 40 - the deadline that he had given himself to set up his own agency. The CADAE agency was established at the end of 2012. His first personal projects were to do with the landscape - a terrace facing Mont Blanc and a Sculpture garden.
From childhood, Jonas Lechat-Thomas has travelled a lot, both in France and abroad. His holidays were always punctuated by outdoor summer and winter camps, language trips and long holidays with his parents. Thanks to his experiences, he developed his sense for observation and his curiosity for culture, travels and encounters. During his trips, nature and landscapes left their mark on him. When he was about 12, he knew that he would practice a profession related to these two themes. During his school career, when he was at the Vendôme agricultural school, he had the opportunity to go to several nature reserves. Discovering the diversity of the flora and fauna increased his interest and his passion for nature. The revelation came during a language trip to Worthing, in the south of England. He visited 3 gardens - Stowe, Kew Gardens and Wisley Gardens. When he got back to France, he steered his education with the aim of creating gardens as beautiful as those which he had seen there. At the same time as studying, he devoted himself to one of his other passions - rugby. Once he had got his BTS, he decided to perfect his knowledge of landscaping by specialising in sports field construction. His dream came true when he was chosen by his company to take part in the creation of two training grounds of the Marcoussis National Technical Centre for the French Rugby Federation. After several years in the Bordeaux region, working in the sports field sector, he felt the need to return to his original passion; gardens. Upon arriving in Paris, he became head gardener and the Parc de Sceaux. Thanks to this post, he was able to truly thrive in his profession, and he really learned what true teamwork was! For the last fourteen years he has been a gardener. He still has a thirst for knowledge and exchanges, and he still has a desire to transmit and share his knowledge.