On an airport runway, crates from all over the world have been stocked on large shelves by personnel who think they are lost-luggage items. Forgotten by their owner, these wooden boxes have been piled one on top of the other and soon forgotten in their shady corner. The plants within have gradually grown.

PRIZE FOR DESIGN AND INNOVATIVE IDEAS

This garden exhibits a collection of ferns in the centre, on industrial-type shelving. Venture in for a wander through a maze, on a platform, all in a swamp-like atmosphere. A shelter-system recreates the natural milieu in which this plant stratum usually flourishes. Materials of all types and shapes (taut canvas, wooden planks, metal grate, corrugated iron, trees with light foliage ...) produce a whole range of shadow and light patterns. The light-dark effects make light the main focus of this garden which is forever, suddenly, improvising.

The collection on display comprises 250 botanical ferns from specialist nurseries and collections. 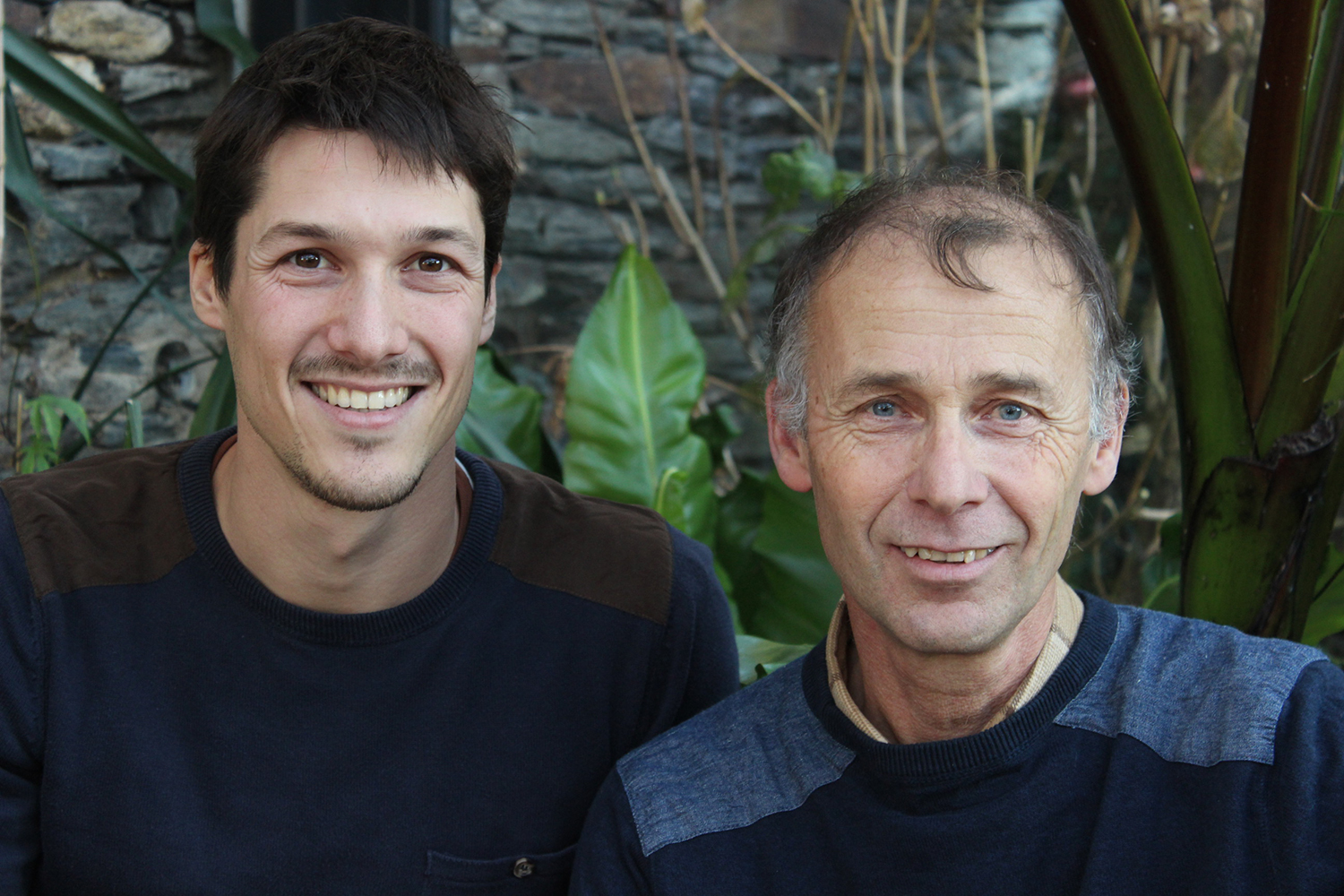 Antoine Ruellan and his uncle Yves Philippot lived in the same village, where a shared love of plants and terroir formed a bond between them. The pair have entered their creation “Le collectionneur de l’ombre” for the Chaumont-sur-Loire Festival – a play of light and shade, a tableau vivant born of the unexpected, an invitation to lift off from an airport runway…

Born into a rural environment, in a little village in the département of Morbihan, Antoine Ruellan grew up in close contact with nature. He showed an interest in the visual arts and gardening early on, very much aware of the ways in which knowledge is passed on from one generation to the next. Along with landscaper Gabriel Chauvel, a teacher at the Versailles National Higher School of Landscape’s Ecology Department, he took part in the reconversion of a stretch of industrial wasteland in the municipality of Redon, near his birthplace – a project which was to become the “Transformateur”. He graduated from the Versailles School as a State-registered (DPLG) landscaper in 2011. Inspired by the diversity and richness of the rural landscapes of his childhood, he set about building up an extensive list of professional contacts, including “Terre Histoire” in Saint-Aventin in the Pyrenees, the Exotic Garden in Roscoff, “Au-Delà du Fleuve” in Montfaucon in the département of Doubs, the Coastal Conservatory in Saint-Brieuc and Nicolas Polkisky’s belvedere in Fégréac, Loire-Atlantique. Since 2012, he has been designing, laying out and developing landscaped gardens and ambiences for private clients in the Paris region. In June 2014, he won the “Lieux Mouvants” competition in Côtes d’Armor, turning a patch of moorland into an ephemeral garden that delighted local inhabitants. In his eyes, each new project presents a fresh challenge. First of all, you have to get a feeling for the place, understand the setting and the biodiversity it harbours. A garden is above all a space for exchange between plants, minerals, the natural world and the human beings that tread its pathways and finally bring it to life. No constraints may be allowed to surface! Work, create and set in motion using the site’s existing resources, bringing in as little as possible from outside. Use, transform – turn constraints into opportunities. In such a context, farming practices respectful of the environment come into their own, adapting to the surroundings: reaping, pasturing, tilling, forest management and regeneration… Antoine Ruellan welcomes traditional ways of doing things, listens to the hopes and dreams of local inhabitants, and finally draws back the curtain to show the world what the site and plant kingdom had thus far kept secret.

Living and working close to where he was born, Yves Philippot’s first loves are the Pays de Vilaine region’s cultural tradition and environment. An ecological activist, committed champion of the environment and animal life photographer, he creates audiovisual montages of birdlife designed to raise awareness among younger members of the public. A landscaper by training with a Master’s in Sciences and Techniques of Regional Spatial Planning and Promotion, he played an active part in the setup of an environmental education centre in the Redon region. In 1993, he was assigned to the Branféré Animal Park and Botanical Garden in Le Guerno, Morbihan, owned by the Fondation de France and used to develop the foundation’s educational activities – which in turn were to lead to the setup of the Nicolas Hulot School for Nature and Mankind on the Branféré Park site. He took over technical and zoological management of the Park in 1994, after obtaining the qualifications required for such a post. He has his own approach to animal management, combining conservation of rare and threatened species with a sense of freedom in an outstanding 40-hectare botanical setting. He has an abiding interest in ferns and organises his travels accordingly, amassing a constantly growing collection at his home, which currently boasts some hundred species.