The cabinets of plant curiosities showcase an extraordinary collection in an exceptional garden. It has sought to surpass its primary compilation aim by presenting us, the visitors, with the objects collected.

Your curiosity will be piqued from the moment you first lay eyes on this enclosed garden, a unique, safe place for the collection it houses, and you'll want to find out more as you let your imagination run wild. With each step you take into the garden you'll find yourself getting closer to the treasure it contains: a collection of palm trees as rare as they are unfamiliar.

The garden is laid out around a structure generating a modular site that can be adapted and changed in keeping with the objects collected. This idea touches on the notion that a collection can never truly be complete. New finds can be added to it constantly. This structure creates different spaces called cabinets. There are 12. A palm tree is placed in the centre of each cabinet, like a work of art in a museum, leading to "a tête-à-tête" between the two. This almost solemn staging of the object brings us face to face with an extraordinary scene, an altogether unusual setting that beckons us in to discover, contemplate and learn.
As you wander around, you can pass from one "room" to a next at your leisure, taking on board the exceptional diversity and wealth of the collection. 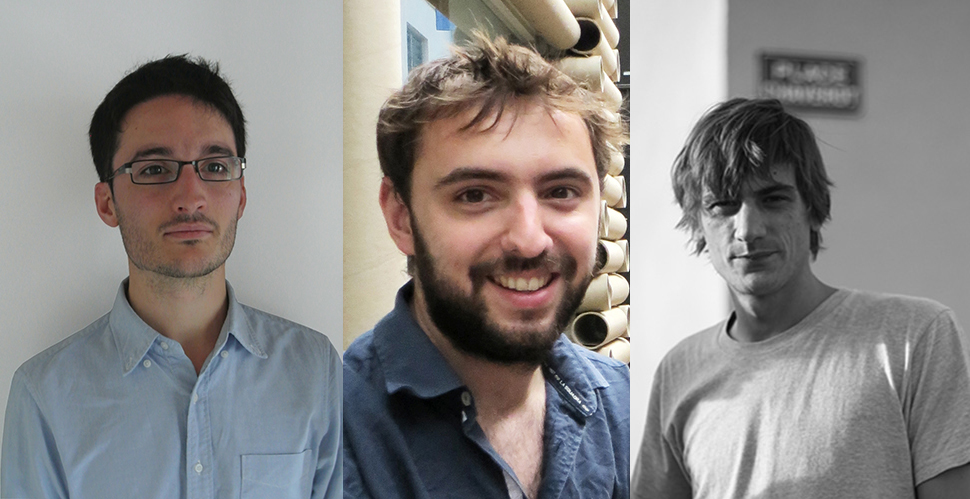 After graduating from the Paris-Belleville National Higher School of Architecture in 2011, Édouard Champalle spent time working for a range of architectural firms in France (Paris – Dominique Perrault / Jacques Ferrier) and abroad (Copenhagen – Bjarke Ingels Group, and London – Serie Architects). The experience he gained helped him open up to cultures with radically different approaches to design and implementation of architectural projects – an advantage that has led him to enter a variety of design contests and try out the various practices and techniques he has acquainted himself with since he first started out on his chosen career path. He has been collaborating with the London agency Serie Architects since 2013.

After graduating from the Paris-Belleville National Higher School of Architecture in 2008 and becoming a licensed project manager in 2010, Benjamin Cote went on to work for a number of architectural firms with a concern for sustainable development, most of them based in Paris. In parallel, he continued to develop personal projects for competition, including a “solidarity garden” for Isle-d’Abeau in 2010. He has recently been working as a project-owner’s assistant in order to gain further onsite experience. Convinced that general wellbeing is directly related to environment, he is very much aware of the relationships existing between architecture and landscape (buildings/plant life) and has a keen interest in the concept of landscape integration.

Romain Péquin graduated from Versailles National Higher School of Architecture in 2011, earning his diploma as a State-registered Architect with the “decoding a landscape through its architecture” project. He also spent a year studying in Belgium, during which he developed his knowledge of urban projects. Over the past few years, he has worked for various architectural firms in France (Ibos and Vitart) and abroad (Bjarke Ingels Group). With a keen interest in the relationship between architecture and its context, he attaches major importance to materiality and building methods. His work always expresses his desire to use architecture as a means of revealing a project’s setting.