This concept was imagined in the 13th century by Buddhist ZEN monks for meditation purposes. The interpretation of this garden is stylised and symbolic of Nature itself in which mountains and water combine.  In this instance, there is a metaphoric evocation of the River Loire springing forth from the volcanic mountains of the Massif Central and running as far as the ocean, symbolized by the raked gravel area. This area can be contemplated from the ornamental pavement that runs alongside the garden, or as is the case in Japan, from the raised gallery of the building on its edge. 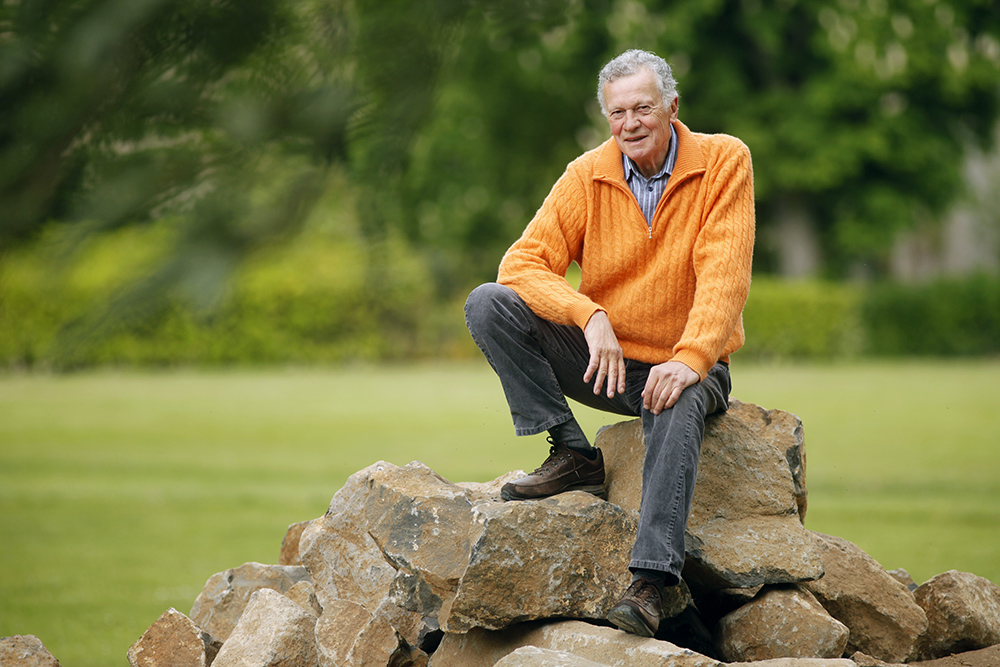 After studying at the Beaux-Arts (Fine Arts Institute), Erik Borja devoted himself to sculpture. During a trip to Kyoto in Japan in 1977, he found a new channel for his creativity: Japanese gardens and the lessons of Zen. Erik Borja is a great French landscape architect and for more than thirty years has been offering an interpretation of the major principles of Feng Shui in his garden studios in the Drôme. He created many public and private gardens in France and abroad with a Zen inspiration and in 1999 he published “Les Leçons du jardin zen” (Lessons of the Zen Garden) in the Editions du Chêne. By cutting clean profiles of cloud-trees against the sky, Erik Borja mastered the art of plant sculpture and blew a breath of Zen wind over his topiaries. At the Anduze Bambouseraie (Bamboo Plantation) in 2006 he created a surprising Japanese-style walking garden: “le Vallon du Dragon” (Valley of the Dragon). The Valley of the Dragon exploits the complementary nature of plants and minerals in which spring flowering and autumn colours play a major role.

Simon Crouzet is the manager of the nursery for the Prafrance bamboo plantation in Anduze, a real exotic botanical garden that is unique in Europe. Forest of giant bamboos, secular trees, exceptional landscape layouts, such as the “Bambusarium”, the plant maze, the aquatic garden, the Laotian village and the magnificent Victorian greenhouses built by Eugène Mazel, transport the visitor to far-away countries.

In 2004, Simon Crouzet went beyond the garden framework to develop contemporary objects for the home and garden made from bamboo.