“Are black and white colours? The answer to this question is one of the most debated issues about colour. Ask a scientist and you will have the physicists reply: ‘Black is not a colour, white is a colour.’ Ask an artist or a child with crayons and you’ll receive another answer: Black is a colour, white is not a colour.” Regardless of what the answer to this question is, the sole combination of black and white plants is not often seen in landscape and garden design.

Du Noir de l’Eau au Blanc du Ciel (From Black Waters to White Skies) is a celebration of the ultimate contrast of black and white species of varying textures and forms, creating a dramatic journey from dark to light. M. C. Escher’s drawing ‘Sky and Water’ has been translated into a poetic meadow showing a gradient from black to white. The planting plan is composed of a mix of perennials, annuals and bulbs that together form thirteen pairs where every white plant has a black “twin”. The different flowering time of each pair continuously generates a dramatic effect during the whole festival. The meadow is surrounded by a path of black gravel on one side and white gravel on the other, enhancing the experience of darkness and lightness. Gradually the passage of visitors will mix the two shades. Dispersed around the garden, white and black garden chairs provide seating in sun and shade.

Its simplicity and rebellious character make the garden Jardin Du Noir de l’Eau au Blanc du Ciel a contemplative and intriguing place to study the richness of an uncommon colour combination of plants. 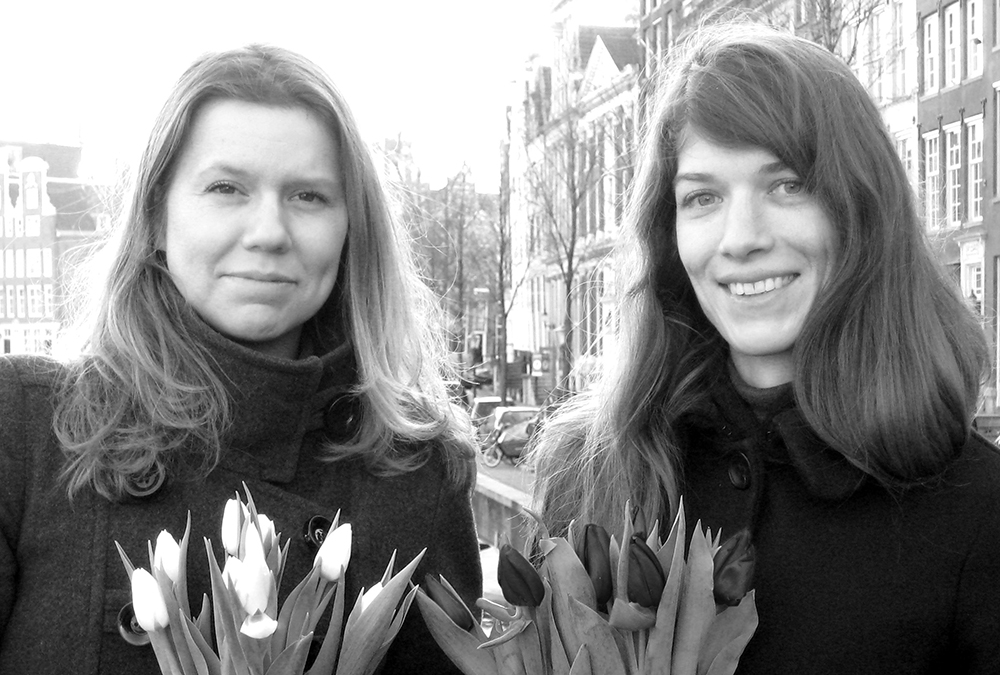 Born in Geneva, Switzerland, Anouk Vogel studied landscape architecture at the Metropolitan University of Manchester, in England. After having worked for several landscape architecture offices in the Netherlands including West 8 and Bureau B+B, she founded her own practice in Amsterdam in 2007. Teaching and lecturing experiences include among others the Architecture School of Bergen in Norway and the Academy of Architecture in Amsterdam. This summer, her winning proposal ‘A Chaque Château son Jardin’ will be realised in front of Lausanne’s castle as part of the temporary garden festival ‘Lausanne Jardins 2009’ in Switzerland.

Katarina Brandt, born in Stockholm, Sweden, studied landscape architecture at Kingston University in London. In 2004 she moved to the Netherlands to work for Karres en Brands landscape architects. Since 2006 she is working for Bureau B+B in Amsterdam.

In February 2008 Katarina Brandt and Anouk Vogel were invited to participate in a competition workshop in Lithuania for the re-design of Mazeikiai’s only fountain. They won the first prize with their proposal “Knitting We Are Lithuanians”.