Ticketing
Paradise often evokes Heaven, a place of supreme happiness. It a place that cannot be directly experienced as it is the result of fantasy and imagination. It could be a thousand different places depending on the person who comes up with it. It could be an ocean, an endless meadow, a field of flowers in bloom, a garden of Eden or even a more mysterious space like a galaxy. This interpretation makes paradise a collection of personal and imaginary landscapes.
Here the door is used as a method, or a tool, enabling everyone to take a look at these various examples. Twenty doors have been laid out horizontally, crisscrossing the ground. Some are closed, others partly ajar or entirely open.
The combination of natural living plants and artificial materials creates an unexpected setting through the juxtaposition of ordinary items presented in an entirely unconventional way. Just as René Magritte made objects clash in his paintings, this garden seeks to provoke strangeness using what is familiar to us.
The door symbolises transition. On the threshold, you are always impatient to discover what hides behind it. It is not a question of imitating or defining paradise but of stirring up curiosity. Is it a place filled with lush plants or a space that seems to be floating in air with the clouds?
The visitor walks through the garden as if in a gallery exhibiting doors to paradise. Which one will you open? 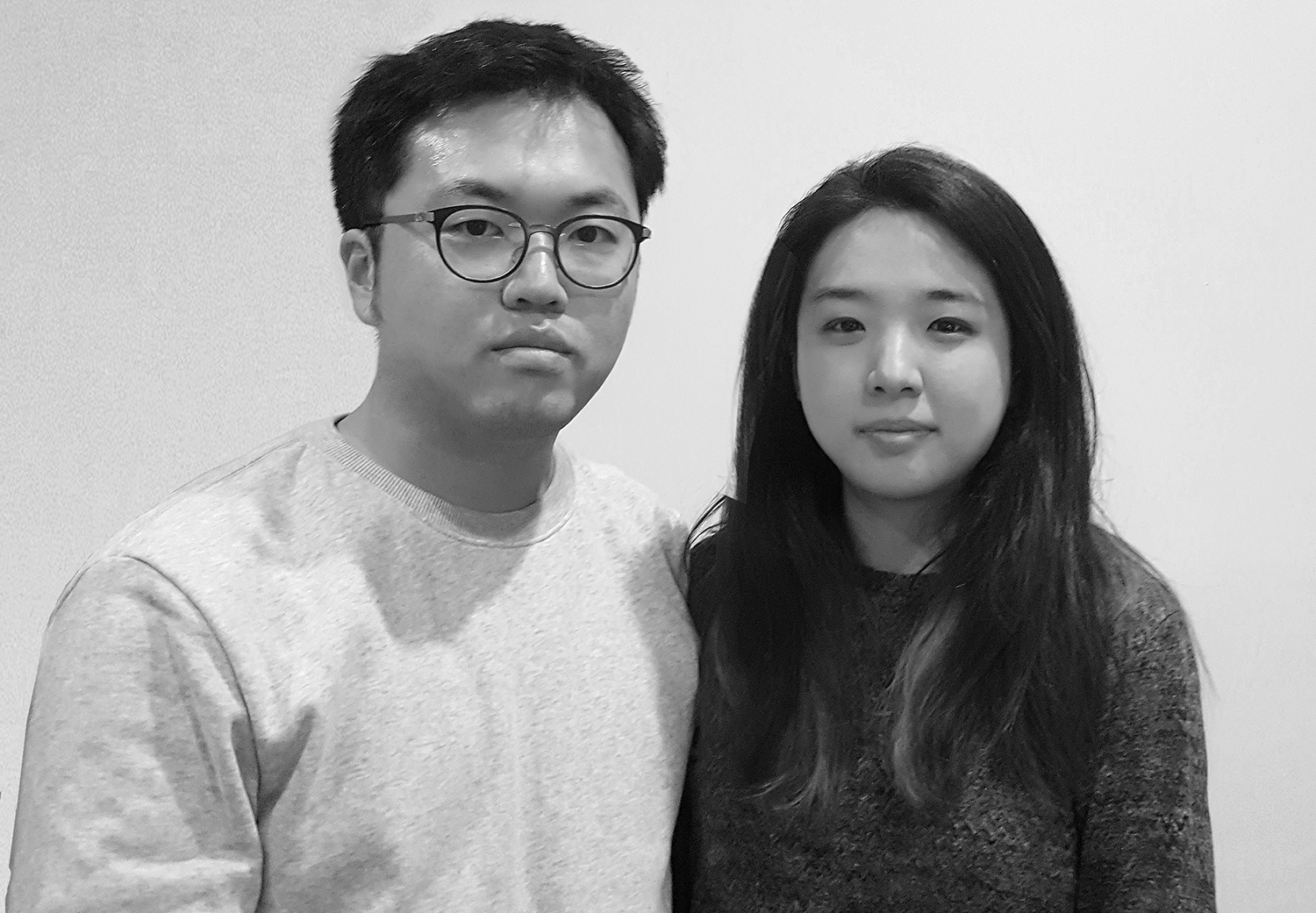 Jaemee Studio is an young design studio based in New York City / Jersey City USA, with focus on public art, architecture and landscape architecture. Founded by designer Haemee Han and Jaeyual Lee in 2017, we explore how each project site create cultural, social, and ecological impact on its surrounding context and society in the most simple artistic form. While creating infrastructure for artistic intervention, we believe our imaginative approach to design results in multidisciplinary exchange of ideas and values.

Haemee Han is a design director (Art and Landscape Architecture) at Jaemee Studio. She has numerous experiences in both public art and landscape architecture field. She has led design of a diverse range of projects in America, Europe, and Asia, ranging from large scale landscape implementation to small scale public art installation. Her work explores how everyday mundane objects becomes cultural, social, and ecological impact on surrounding environment and society in a public art object form. Her major works include art/architecture installation work in Winnipeg Canada called Warming Huts. Jaemee Studio’s proposal Weathermen will be installed in January 2019. In addition to this, with Jaemee Studio, she has been selected as finalists for number of confidential international projects which will be realized in year 2019. Prior to founding Jaemee Studio, she has worked in Hargreaves Associates, James Corner Field Operations, and Terrain Work in New York. Her work includes Broadway Bouquet (While at Terrain Work), which is public art installation in New York City, sponsored by New York Department of Transportation, Juilliard School in Tianjin, China (While at Hargreaves Associates), and Dachong Redevelopment in China (While at James Corner Field Operations). She holds a Master of Landscape Architecture from Harvard University, Graduate School of Design and a Bachelor of Landscape Architecture from University of Illinois, Urbana-Champaign.

Jaeyual Lee is a design director (Architecture) at Jaemee Studio. He has numerous experiences in architecture/interior/installation field. He has led design of a diverse range of projects in the US, ranging from large scale campus master planning to small scale public art installation. He and his team at Jaemee Studio were recently selected as winner of installation art/architecture competition in Winnipeg Canada called, Warming Huts. Jaemee Studio’s proposal Weathermen will be installed in January 2019. In addition to this, with Jaemee Studio, his work has been selected as finalists for several confidential public art competitions in Europe in 2018 with ongoing collaboration. Prior to founding Jaemee Studio, he has worked in Gil Even-Tsur Architecture Workshop, RAAD Studio, Office for Metropolitan Architecture (OMA), and Adjaye Associates in New York. He received his Master of Architecture from Massachusetts Institute of Technology (MIT) and his Bachelor of Science in Architecture from University of Illinois, at Urbana-Champaign.