le bois des chambres
Ticketing
The walker loses his way in a world turned on its head. Inverted. In verdancy. Naturally enough, the sandy pathway through the grounds of Chaumont-sur-Loire has guided him to a shady spot. He stumbles across a trio of luxuriant flowerbeds, immersing himself in the green fragrance of their exuberant foliage, strange vegetation indeed, cut from its roots, fleshily fulsome or light as air. Then and there, the world tips over.
What fruits are these black-suited gentlemen seeking, heads thrust deep into the vegetation and feet in the air, poised on ladders that seem to rise to the sky? What song of the earth are they listening to? And what exactly are these trees whose branches spring from the soil?
Three optical video and sound terminals are installed along the edge of this upside-down world. The curious visitor approaches the eyepiece. Viewfinders and lenses re-establish common sense: here is a motionless choreography, in an orchard of secret fruits hidden in a superabundance of foliage.
The visitor is shifted out of kilter, into a situation rich in imagery, into a waking dream. Pleasure mingles with unease. Such playful upending questions the subjective, fragile and too often poorly understood relationship that binds us to our earth, our soil, and to the workings of nature. The fascinating notion of balance. 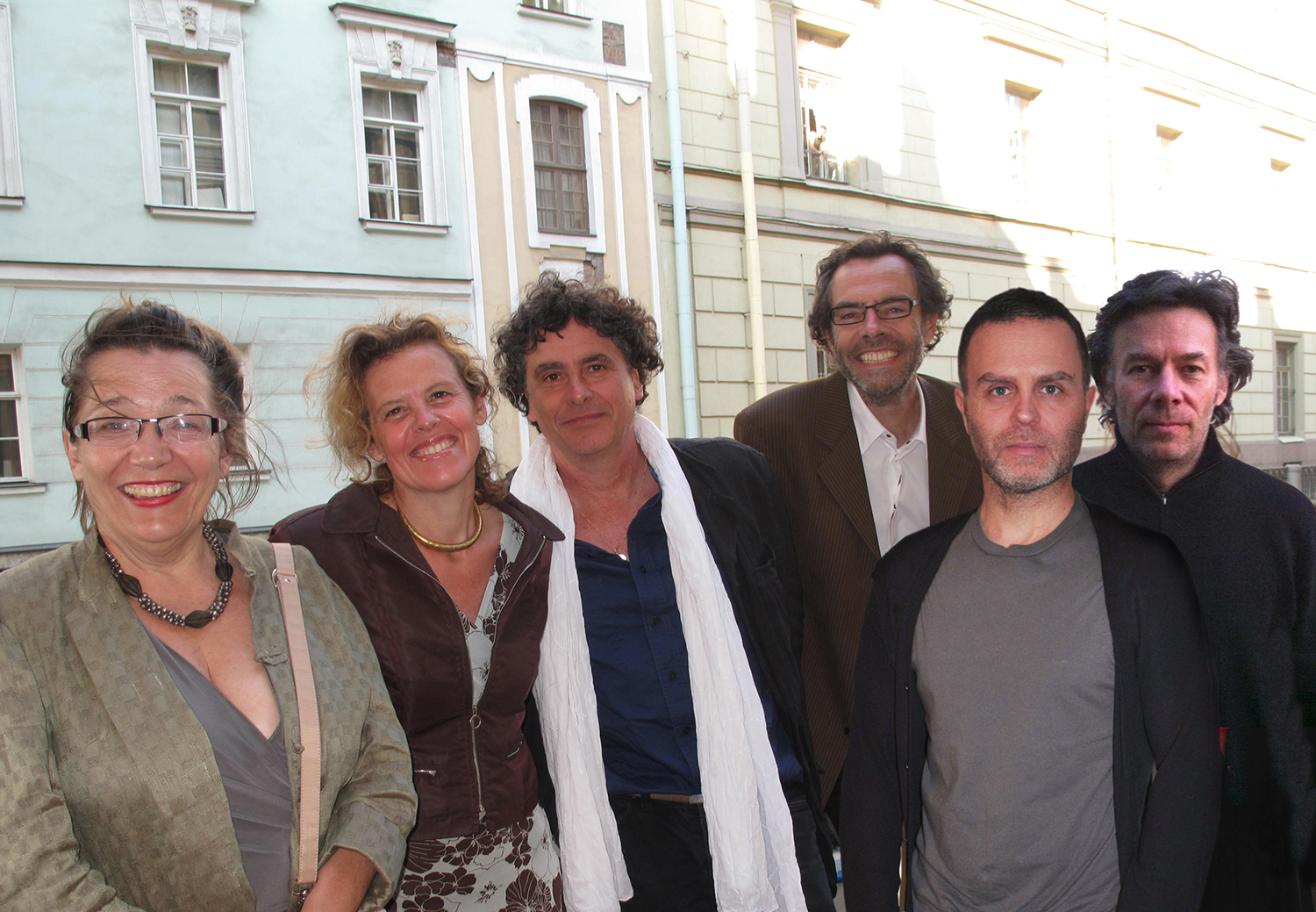 La Superstructure does not exist. It is this or that place, encounters and projects, its only fixed point an open workshop in Paris: architecture, landscaping, textile design, creation of urban or vegetable objects and environments, drawing, writing, and teaching.
An idea was to take shape within this fluid, multidisciplinary group: the garden. Not as seen from the viewpoint of classical landscaping, but rather – and with unassumed modesty – as an installation in situ, a living form using plant life as its palette and narrative evocation to convey its sense.
This was how they approached the “Voir Rouge” project, 2009 winner of the International Garden Festival on the theme of colour. Since then, the idea behind “Voir Rouge” has taken root, varying with context, in Saint Petersburg and in Bingen in Germany, always in connection with the Chaumont-sur-Loire Festival.
The project’s partners believe they have changed their approach to their personal creative fields as a result. More than ever now, they assert the group’s synergy, attention to social and environmental contexts, and porosity between cultures.