Ticketing
“From the first gaze, their elegant freshness enlivens, whilst their evidently rigorous methodology excites curiosity. They evoke two seemingly antagonistic approaches which the vaguely obscure title of this essay tries to illustrate: on the one hand, a critique of the gaze and of the ambiguities of vision, challenging the freedom, the will and the predispositions of the one who chooses a set point of view from which he will draw his vision of the world. In this respect, the artist is an intellectual of his time. On the other hand, he delivers a brave contribution to the ongoing philosophical reflection about the relationship between man and nature (...)
His photographs are built on tension: between restraint and effusion, the scientific spirit and sensuality, space and density, speculation and innocence. Their emblem is the cloud, this object both full and void, inert yet furtive, banal or unique, palpable and indefinable, or the contrary of that: impalpable and definable.
The first “cold” signal of the Veiled World is thus the serial method of formulating titles, akin to a typology (…)
In these circumstances, the banner superimposed onto each photograph, delicately drawn with the electronic paint brush but subtle enough to make forget the hand that crafted it - seeming like a spectral analysis or a bar-code - appears to be a sort of DNA of the selected landscape, asserting its unique and irreplaceable character, whilst reminding of all the millions of other possible combinations (...)
Almost all of them have in common a near-negation of colour. In a stark contrast to this, the huge images of Ralph Samuel Grossmann are an ode to the colours of the world, which almost resonate like a sacred chant - barely hidden by the means he employs to create a distance“.
The landscape, its invisibility and its virtues, by Laurent Salomé, director of the museum of the Fine arts of  Rouen. 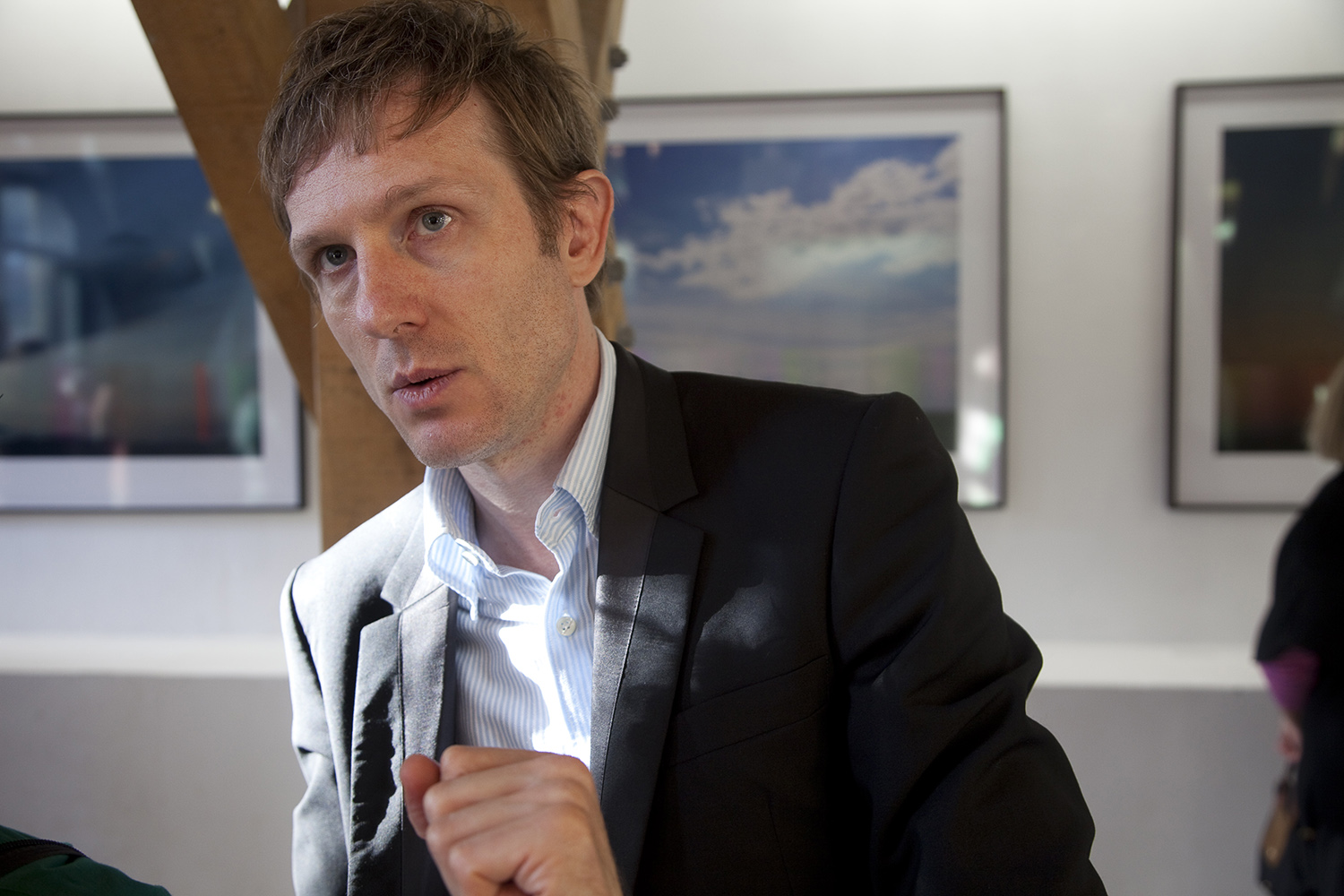 Ralph Samuel Grossmann was born in the Alsace (France) in 1968. He currently lives and works in Berlin (Germany). He holds a Master of Fine Arts in Photography (Tyler School of Art, Temple University, Philadelphia, USA), as well as a bachelor of Arts in Contemporary Art History. His first exhibition took place in New York City (Nikolai Fine Art Gallery) in 2001.

Between 2003 and 2005, back in France, he pursued his photographic practice, exhibiting in Berlin. During the same period he curated two exhibitions at the Carnavalet Museum in Paris. Between 2005 and 2008 he started and developed a new series Desirella, consisting of both video and photography. This year, the artist and the Nathalie Béreau Gallery of Chinon start a new collaboration. In 2008, the artist began working on Monde Voilé/Veiled World, a series consisting of landscape photographs taken in France and Germany. In July, he moved to Berlin. He continued working on the series over 2008 and 2009.

Currently the artist develops a new series on botanical representation.