Ticketing
Luzia Simons also offer a trip into colour through a series of large scannograms of depixellated and repixellated tulips. This involves scanning the flowers themselves as opposed to scanning reproductions of tulips.
The designs are divided, ultra-precise in detail and blown up beyond the imagination.
The camera is in the image of a human eye. Its construction obeys the natural laws of optics with its physical mechanisms: convex lens, focused rays of light, remote accommodation of the object. It is fitted with an individual viewpoint equipped with a light sensitive receiving surface which creates a virtual image of reality. Any missing depth is compensated by the 3-dimensional theorem.

Unlike cameras, scanners do not have a view point. The old viewing window, once stable, is set in motion and transformed for seeing. A scanner does not have a lens or focus and it does not recognise view points or vanishing lines. Similarly to a blind person, it apprehends reality by trial and error, storing the image pixels alongside each other with great precision and consistency. Anything in the foreground is clear and sharp, whilst the depth of focus dissolves into fuzzy darkness. It is as if the scanner were the appropriate technique for globalisation which is fully on the move. 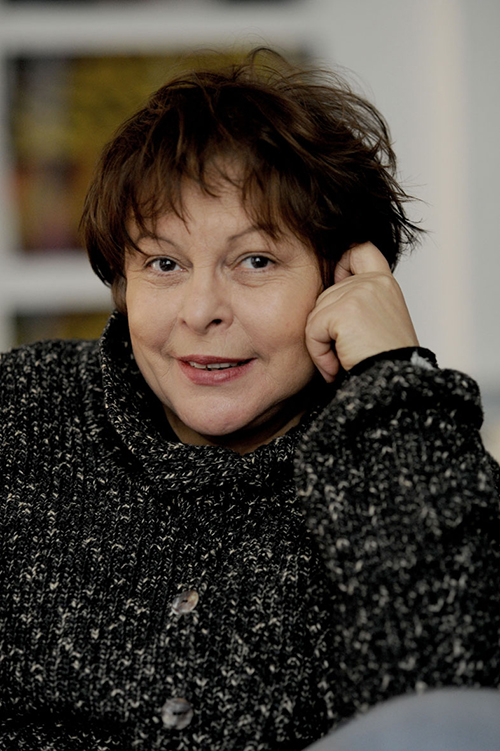 Born in 1953 in Quixadà, Cearà (Brazil), Luzia Simons lives and works in Berlin and Stuttgart (Germany).
Represented by Gallery Nara Roesler, São Paulo and Gallery Andrieu, Berlin, she regularly exhibits in Germany, France and Brazil.
Her works are shown in numerous collections including: Graphische Sammlung der Staatsgalerie, Stuttgart; Kupferstich-Kabinett der Staatl, Kunstsammlungen, Dresden; Fonds National d’Art Contemporain, Paris; Fonds Régional d’Art Contemporain de Basse-Normandie, Caen; Graphotek der Stadtbücherei, Stuttgart; Artotek Felbach, Germany; Artothèque de Caen; Casa de las Americas, Havana, Cuba; Fotosammlung Joaquim Paiva, Brasilia, Brazil; Pirelli Fotosammlung, Museu de Arte de Sào Paulo, Brazil...
Citizen of the world, she is the author of “Transit”, a work in which she questions the notions of identity, migration and multiplicity of being. “You cannot but think that in Transit, Luzia Simons has given concrete expression to her transportable museum on Ellis Island, her box in her case”. The 32 pages of the artist’s passport have grown, been mixed up, torn, stuck back down, put together again, “falsified” within the meaning of the law, clouding things but at the same time offering pieces of what she is, or what she was at various times of her life.