le bois des chambres
Ticketing
Positioned at the centre of a greenhouse full of real cacti, this extraordinary sofa plays with the notions of illusion and pretence, to create a rather surreal scene.
It is both amusing and intriguing, made from a cluster of cushions with life-like prickly cacti print, for an ironic result that plays on contradictory ideas. The sofa represents a comfortable patch of cacti, where sitting on thorns becomes playful and ironic.
This exclusive design by fashion designer Maurizio Galante rests on a wooden base padded with a high-density structural polyurethane foam covering with a steel frame for internal support.
The removable cover is fashioned of a special bi-elastic fabric that reproduces the graphic print of the spiny succulent with a three-dimensional effect. 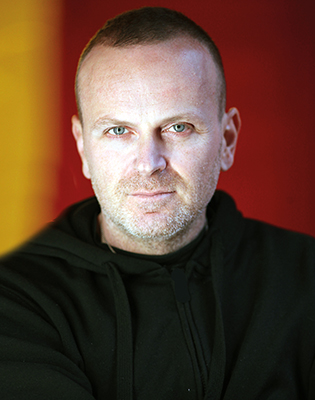 Maurizio Galante was born in 1963 in Latina, in the Italian region of Latium. He became well known to the public in 2008, when he broke into the prestigious world of haute couture.
As a teenager he was attracted to various forms of artistic expression and studied design at the Academy of Costume and Fashion in Rome, then architecture at university. He graduated in 1984 and soon after, launched his very first “prêt-à-porter” collection entitled “Maurizio Galante X circolare”, that was presented in 1987 at the Milan Contemporary Art Fair. In 1988, he was named best designer of the year and awarded an “Occhiolino d’Oro” in Milan and a “Fil d’Argent” in Monte-Carlo. From 1990, the creator was recognised as a young prodigy of haute couture with his first collection that was presented in Milan. His success led to the creation of his brand Maurizio Galante in 1997.
Alongside his work related to his brand, Maurizio Galante has participated in many exhibitions, including Black in Fashion at the Victoria & Albert Museum in London (1999), Aristocratic Artisans at the Ace Gallery in New York (2000), and Modamorphoses at the Le Printemps department store in Paris (2003). In 2008, he also exhibited the dresses worn by Italian actresses in some iconic films, some of which were his own creations, in an exhibition entitled Diva.
Maurizio Galante remains very attached to his roots, and through his multiple artistic creations, he pays homage to the Italian “Dolce Vita” way of life.
View on the map