Jannis Kounellis was the artist entrusted with the first of the Centre-Val de Loire Region’s three-yearly commissions for the Domain of Chaumont-sur-Loire. Between 2008 and 2010, nine of the Château's rooms were transformed into a fascinating labyrinth. 137 bronze bells had been suspended from 137 poplar beams rising from the floor to the ceiling. Concealed beneath black sheets or piled up on top of one other, these silent bells shaped a monumental showpiece with great evocative power.

This project lives on, after the artist's death, through the permanent installation of one of his pieces in the heart of the Château's kitchens. The poplar beams rise up, like multiple vertical lines stretching from the floor to the ceiling, each supporting a bell angled towards the floor, pointing inwards, into the room, towards an approximate centre. It is not the religious significance of the bells which is evoked here, but the way they resemble mouths, voices and sounds. And if you liken Jannis Kounellis's installation to a painting, "The Scream" by the Norwegian artist Edvard Munch comes to mind. 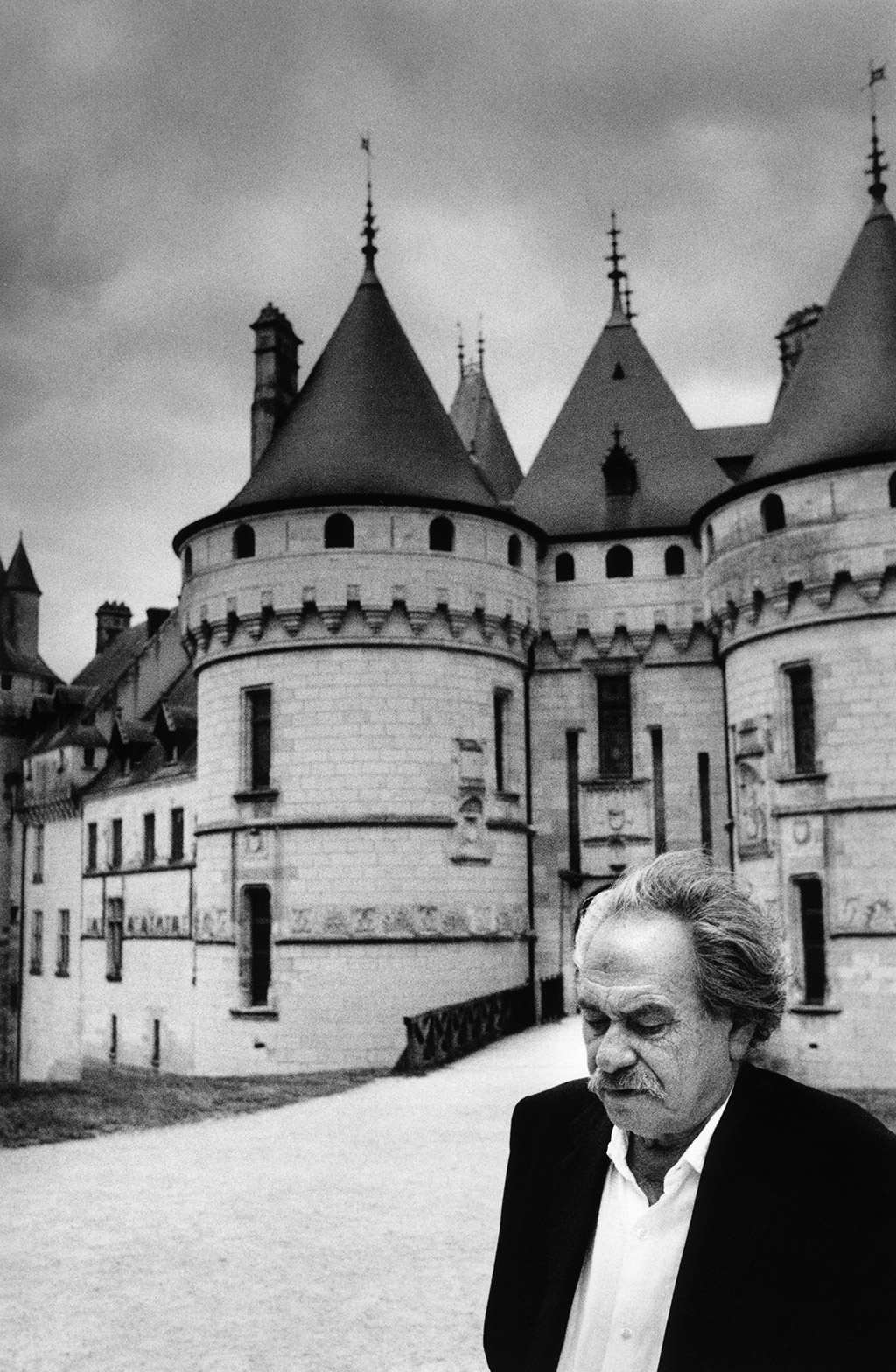 Born in 1936 in Piraeus (Greece), Jannis Kounellis lived in Rome from the 1950s. He was considered to be a major figure in the contemporary art world and one of the pioneers representing the Arte Povera movement, alongside Mario Merz, Giovanni Anselmo, Michelangelo Pistoletto, Luciano Fabro and Giuseppe Penone. As an artistic approach seeking to be revolutionary, the aim of Arte Povera was to challenge the cultural industry and consumer society and to return to the essence of the creative act, in particular by using so-called "poor" materials in the creation process.

Jannis Kounellis rose to prominence during the 1970s and built up an immense body of work which, bringing together time and space and the construction, tale and archetypes of a mythological project and memory, combined painting and sculpture; architecture and music; theatre, dance and opera. He was among a handful of European artists who, during the 1960s, radically changed art and its perception, and who carried on producing a major body of work.

Jannis Kounellis started out as a painter. Coming from a pictorial (including Caravaggio, Munch, De Chirico and the Cubists) much more than a sculptural tradition, he launched his artistic career during the 1950s by painting letters, arrows and numbers on original media such as wood or newspaper. In 1967, he began producing theatrical performances, installations and sculptures, which intentionally fell within the fragmentary and the ephemeral. He also designed several opera sets.

Jannis Kounellis's installations always drew on their spatial, architectural and historical context and on the tensions which could be found where they were set up.

Often drawing on sacred references and mystery, his works of art brought opposite forces into play: the enduring and the ephemeral; soft and hard; life and death; the industrial and the organic – revealing his interpretation of the relationship between nature and culture. Creating a visual, poetic language which linked the obscure with the perceptible, Jannis Kounellis sought to give form to the dialogue between "structure" and "perceptibility".